The FIMCAP, which is short for Fédération Internationale des Mouvements Catholiques d’Action Paroissiale (French for "International Federation of Catholic Parochial Youth Movements"), is an umbrella organization for Catholic youth organizations. Its 31 member organizations are based in 28 countries. The FIMCAP was founded in 1962 and is recognised as an official Catholic organization by the Dicastery for Laity, Family and Life. [1] FIMCAP is also a full member of the European Youth Forum. [2]

Already in 1959, French, Belgian and Dutch youth organizations had been working on the project of an international pooling. In 1960, the first delegate conference was held in Munich in the course of the 1960 Eucharistic Congress. In October 1961 eleven youth associations founded Fimcap. The foundation was proclaimed in public on Easter 1962. [3]

Since its recognition through the Holy See in 1976, the FIMCAP is an "International Catholic Organization" (ICO) and registered at the Council of Laity in Rome.

Since 2006 the FIMCAP is being recognised as an International nongovernmental organization by the Belgian government. [4]

FIMCAP and its members have defined for themselves the goal that they want to work together politically to identify and advocate the interests of children, adolescents and young adults within church, society and politics. FIMCAP argues that this is necessarily a part of their work, as FIMCAP is an international association of youth organizations for children, adolescents and young adults throughout the world and that as young people, youth organizations and youth work are confronted with different challenges. FIMCAP argues that this involvement is motivated by the Christian beliefs and shared values. FIMCAP argues that in this way it wants to guarantee and improve the quality of the youth work of their member organizations and FIMCAP, and to participate in shaping the future world and society, preserve our planet for future generations, and improve the prospects in general for future generations. FIMCAP sees sustainable and responsible planning and acting, fair social and economic chances, quality education, peace, charity, and solidarity as elementary requirements to achieve this. [12] Pursuing this purpose, in recent years FIMCAP has defined in particular the following positions:

The highest committee of the FIMCAP is its General Assembly which comes together every three years. Every member organization sends a delegation to the General Assembly.

The administration and management of the FIMCAP is being handled by the intercontinental presidium which consists of two presidents, a Praeses and a Secretary-General. The presidents should be one man and one woman, but if there are no candidates of one gender the jobs might also be given to two women or two men.

The intercontinental bureau (ICB) is composed of the Presidium and representatives of the Continental Conferences. It acts as the FIMCAP Board of Directors.

Beneath these globally working establishments, the FIMCAP is also structured into continental conferences, bureaus and presidiums.

Eligibility and application for membership

At the General Assembly in Switzerland in 2016 FIMCAP further clarified the criteria of eligibility for membership and updated the membership categories. To become a Full Member of FIMCAP an organization needs to fulfill four criteria:

An organizations whose name is written in bold is a founding member. 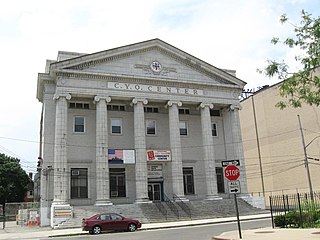 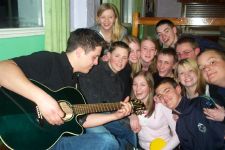 ''ChiroFlanders'' is a Belgian youth organisation, founded on Christian values, active in Flanders, Brussels and Eupen-Malmedy. With more than 100,000 members Chiro is the biggest youth organization in Belgium. While mainly focusing on having fun, it also aims at developing youngsters' responsibility and skills. Chiro is a member of the umbrella of Catholic youth organizations Fimcap. 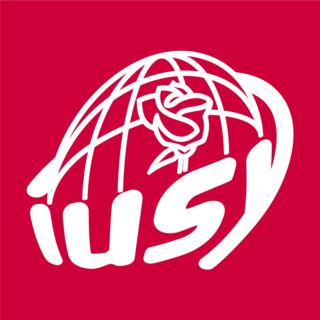 The Fimcap EuroCamp is an international social activity organized by the International Federation of Catholic Parochial Youth Movements (Fimcap). The EuroCamp is organized once a year and is each time hosted by another European member organization of Fimcap. The World Camp combines group leader education and thematic work with intercultural exchange.