Fireman Sam (Welsh: Sam Tân) is a Welsh animated children's television series about a fireman named Sam, his fellow firefighters, and other residents in the fictional Welsh rural village of Pontypandy (a portmanteau of two real towns, Pontypridd and Tonypandy). The original idea for the show came from two ex-firemen from London, England, who took their idea to artist and writer Rob Lee who developed the concept, and the show was commissioned.

Fireman Sam first appeared on S4C on 1 November 1987, [3] and a few weeks later on BBC1 on 17 November. The original series finished in 1994, and a new series that expanded the character cast commenced in 2003. The series was also shown as Sam Smalaidh in Scottish Gaelic in Scotland. The series was sold to over 40 countries and has been used across the United Kingdom to promote fire safety.

The theme song was performed by Mal Pope in a classic rock style from 1987 to 1994, then by a different singer, Cameron Stewart, in a 2000s alternative rock style since the 2003 new episode broadcasts.

The original idea came about from two ex-firemen from London, England – Dave Gingell and David Jones after purchasing a stop motion animation book by artist Anthony Miller. They approached Mike Young, creator of SuperTed , in Barry, Wales, and asked him to further develop their concept. The idea was then brought to S4C's Director of Animation, Chris Grace, who had previously commissioned SuperTed, saw potential in the idea and commissioned the series. The characters and the storylines were created by Rob Lee, an illustrator from Cardiff, and the programme was made using stop motion. It could take up to four days to produce one minute of this form of puppet animation. Fireman Sam has to this day been translated into over 25 different languages including Mandarin. [4]

In the original series, all the character voices were performed by John Alderton. The later series used several actors' voices.

In 1996, there was a stage show which was later released on video, titled Fireman Sam in Action . It was interspersed with scenes of children learning about fire safety with Gary Lewis, the actor playing Fireman Sam in the stage show.

In 2009, Fireman Sam appeared with other animated children's TV characters in a Children in Need single. The single was put together by Peter Kay.

Fireman Sam was adapted into a live musical theatre show, which began touring the UK in June 2011.

In 2014, Amazon Prime redubbed Fireman Sam using American voices instead of British voices for children in the US. However, the characters of Tom Thomas, Moose Roberts and Bella Lasagna have their regular, respective Australian, Canadian and Italian voices (instead of their being dubbed them with a US voice actor) due to their accents. This cast includes the voices of Andrew Hodwitz, Jonah Ain, Chris D'Silva, Margaret Brock, Lily Cassano, Dave Pender Crichton, Jacob James, Scott Lancastle, Ashley Magwood, Michael Pongracz, Becky E. Shrimpton, Sarah Lynn Strange, Carter Treneer, Mark Ricci, Joe Marth (later replaced by Dave MacRae), Adam Turgeon and Christa Clahane. Starting from season 12, the US dub has been possibly discontinued.

The ABC website said of the series, "All the characters blend together into an appealing mixture of fun and entertainment for children everywhere." [5]

Common Sense Media recommended the 2005 series for ages three and up, praising it for showing how to "stay calm in a crisis" and rely on a team to solve problems. The American website found that the "distinctly Welsh characters, community, accents, and expressions may pose some minor comprehension problems for kids on this side of the pond", but considered it a useful example of life in another part of the world. [6]

In July 2016, it emerged that in Series 9, Episode 6 called "Troubled Waters" – in which the character Elvis slips on a piece of paper and falls into a stack of sheets of paper, causing them to fly everywhere – one of the flying pages that briefly came into view was identified as a page from the Quran: "Surah Mulk (67), verses 13–26". [7] The production company Mattel apologised for this accident, removed the episode from broadcast, and ceased work with Xing Xing, the animation company responsible for the error. Mattel stated: "Someone from the production company thought they were just putting in random text. [7] We have no reason to believe it was done maliciously." It was at first thought that this episode would have to be removed from broadcast circulation, but instead was censored by having the scene edited to show Elvis just slipping on a blank piece of paper, so the television networks were still able to broadcast it. [7] The BBC received more than 1,000 complaints and forwarded them to Channel 5 as the BBC has not aired Fireman Sam since 2008. [7]

In October 2017, the London Fire Commissioner Dany Cotton highlighted Fireman Sam in a campaign fighting sexism and promoting the gender-neutral term firefighter. She proposed that Fireman Sam should be renamed "Firefighter Sam", and said that research showed that women are put off a career in the fire service because it is seen as a job for men. [8]

Smallfilms is a British television production company that made animated TV programmes for children from 1959 until the 1980s. In 2014 the company began operating again, producing a new series of its most famous show, The Clangers, but it became dormant again in 2017, after production of the show was slightly changed. It was originally a partnership between Oliver Postgate and Peter Firmin. Several popular series of short films were made using stop-motion animation, including Clangers, Noggin the Nog and Ivor the Engine. Another Smallfilms production, Bagpuss, came top of a BBC poll to find the favourite British children's programme of the 20th century. 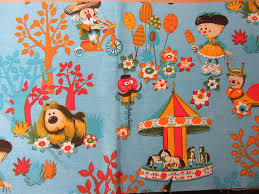 The Magic Roundabout is an English-language children's television programme that ran from 1965 to 1977. It used the footage of the French stop motion animation show Le Manège enchanté but with completely different scripts and characters.

Thomas & Friends is a British children's television series that aired across 24 series from 1984 to 2021. Based on The Railway Series books by Rev. W. Awdry and his son Christopher, the series was developed for television by Britt Allcroft. The series follows the adventures of Thomas, an anthropomorphised blue steam locomotive on the fictional North Western Railway on the Island of Sodor, and several other anthropomorphised locomotives on the North Western Railway, including Edward, Henry, Gordon, James, Percy, and Toby. They work for the Fat Controller. 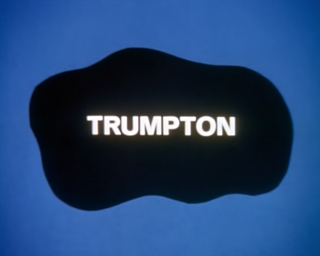 Trumpton is a British stop-motion children's television series from the producers of Camberwick Green. First shown on the BBC from January to March 1967, it was the second series in the Trumptonshire trilogy, which comprised Camberwick Green, Trumpton and Chigley. As with the other two series, Trumpton continued to be repeated well in to the 1980s as a part of the BBC's children's schedules.

Bob the Builder is a British animated children's television series created by Keith Chapman for HIT Entertainment and Hot Animation. The series follows the adventures of Bob, a building contractor, specialising in masonry, along with his colleague Wendy, various neighbours, and friends, and equipment, and their gang of anthropomorphised work-vehicles, Scoop, Muck, Dizzy, Roley, Lofty and many others. The show is broadcast in many countries but originated from the United Kingdom where Bob was voiced by English actor Neil Morrissey. The series originally used stop-motion from 1999 to 2009, but later used CGI animation starting with the spin-off series Ready, Steady, Build!. British proprietors of Bob the Builder and Thomas & Friends sold the enterprise in 2011 to US toy-maker Mattel for $680 million.

Chorlton and the Wheelies is an animated children's television series that ran from 26 September 1976 until 17 December 1978 on the British television channel ITV. 40 episodes were produced. The show followed the adventures of Chorlton, a fictional happiness dragon, in Wheelie World.

John Sparkes is a Welsh actor and comedian. He portrayed Barry Welsh, presenter of the HTV Wales series Barry Welsh Is Coming. He has also had major roles in Naked Video, Absolutely, Fireman Sam, Shaun the Sheep, and Jeff Global's Global Probe, and is the narrator of the children's television show Peppa Pig.

SuperTed is a Welsh superhero animated television series about an anthropomorphic teddy bear with superpowers, created by writer and animator Mike Young. Originally created by Young as a series of stories to help his son overcome his fear of the dark, SuperTed became a popular series of books and led to an animated series produced from 1982 to 1986. An American-produced series, The Further Adventures of SuperTed, was produced by Hanna Barbera in 1989. The series also aired on The Disney Channel in the United States where it became the first British animated series to air on that channel.

Bobinogs is a British children's television programme that aired on CBeebies, and it was produced by Adastra Creative for BBC Cymru Wales. It debuted for a Welsh audience, but in 2004, it started being broadcast in the market in the United Kingdom. It originally featured a child named Owen and three characters who lived in his hat: inanimate when he was present, but active when he was out. 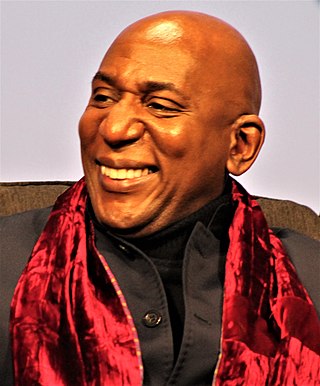 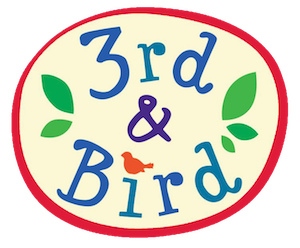 3rd & Bird is a children's animated television series created by Josh Selig. Selig's company, Little Airplane Productions, animated the series and opened a new studio in London to produce it. The show revolves around a community of birds and their adventures. It was broadcast on the BBC's CBeebies channel from 1 July 2008 to 31 July 2010. Described in its initial press release as "a charming new animated series all about community", the show's format generally involves one or more of the characters encountering a problem which must be solved using the social skills which pre-school children must develop in order to make their way in the world.

Calon is the trading name of Mount Stuart Media Ltd., a British animation television production company based in Cardiff, the capital of Wales, which primarily produced animation series in Welsh for S4C. The company was formerly known as Siriol Animation and Siriol Productions.

Mongrels is a British puppet-based musical situation comedy series first broadcast on BBC Three between 22 June and 10 August 2010, with a making-of documentary entitled "Mongrels Uncovered" broadcast on 11 August 2010. A second and final series of Mongrels began airing on 7 November 2011.

Fireman Sam in Action is a 1996 live-action stage play/film based on the animated British children's television series Fireman Sam. The play features three stories, Fire Station Flood Alert, Dilys' Attic Fire and Pontypandy Fireworks Party, and was filmed and released straight to video. The film was released on 1 April 1996 on BBC Video. The opening sequence of this film was filmed on location at Aldenham Country Park, Borehamwood, Hertfordshire, England. It features children learning fire safety with Sam played by Gary Lucas. The show, created by Paragraph International toured worldwide with Writer and Director, Charles Savage for 7 years along with a Postman Pat Musical.

Rescue Heroes is an animated television series produced by Nelvana. Based on the Fisher-Price toy line of the same name, the television series tracks the adventures of a team of emergency responders who rescue people from various disasters.

Hey Duggee is a British animated educational preschool television series aimed at two to five year olds. Created by Grant Orchard, it is produced by Studio AKA, in association with BBC Studios. The show is narrated by Alexander Armstrong.

Wikiquote has quotations related to Fireman Sam .
Portals:
This page is based on this Wikipedia article
Text is available under the CC BY-SA 4.0 license; additional terms may apply.
Images, videos and audio are available under their respective licenses.