Frederick "Firpo" Marberry (November 30, 1898 – June 30, 1976) was an American right-handed starting and relief pitcher in Major League Baseball from 1923 to 1936, most notably with the Washington Senators. The sport's first prominent reliever, [1] he has been retroactively credited as having been the first pitcher to record 20 saves in a season, the first to make 50 relief appearances in a season or 300 in a career, and the only pitcher to lead the major leagues in saves six times. Since relief pitching was still seen as a lesser calling in a time when starters were only removed when clearly ineffective, Marberry also started 187 games in his career, posting a 94–52 record as a starter for a .644 winning percentage. He pitched in later years for the Detroit Tigers (1933–1935) and New York Giants (1936) before ending his career in Washington.

Born in Streetman, Texas, he became well-known around the majors for the scowl he seemed to constantly have on his face that sometimes frightened batters; his appearance and demeanor reminded observers of boxer Luis Firpo, earning Marberry the nickname for which he often expressed disdain. [1]

Like many players, right-handed Marberry started and ended his career with the same ballclub, the Senators. When he first came up in August 1923, Marberry was effective in ​44 2⁄3 innings pitched for the remainder of the season. He went 4–0 that year, proving himself ready for the pros. An 11–12 season with a 3.09 ERA came the year after, which might have seemed fairly average in that era were it not for his relief work, which saw him save 15 games – a new major league record, although it was not realized at the time. Marberry's role was crucial in helping the Senators reach the World Series for the first time in franchise history. [1]

In the 1924 World Series against the Giants, Marberry was thrown into a difficult situation in his first appearance; after the Senators had taken a 3–1 lead going into the 9th inning of Game 2 at Griffith Stadium, starter Tom Zachary allowed the Giants to score twice to tie the game. Marberry came in to strike out Travis Jackson to end the inning, and the Senators scored in the bottom of the 9th to tie the Series; Zachary was credited with the win, although modern rules would have credited it to Marberry. The next day, Marberry started Game 3 at the Polo Grounds, but suffered from two unearned runs in the 2nd inning, was pulled for a pinch hitter in the top of the 4th while trailing 3–1, and was charged with the loss. He rebounded in Game 4 the next day, however, entering in the 8th inning with a 7–2 lead and closing out the victory to again tie the Series.

He showed his mettle in Game 7 at Griffith Stadium, entering with two men on base and no one out in the 6th inning, leading 1–0. Although the Giants scored three times in the inning, two of the runs were unearned, and Marberry effectively shut the Giants down through top of the 8th, being pulled for a pinch hitter as the Senators tied the score in the bottom of the inning. Legendary Walter Johnson came in for the 9th inning, and redeemed himself after two losses in the Series by shutting out New York for four innings; the Senators scored in the bottom of the 12th to take what would be the only World Series title in Washington history. Marberry ended the Series with a 1.12 ERA in 4 games.

Marberry came back with another remarkable season in 1925, again saving 15 games to tie his own record as the Senators won their second consecutive pennant. But although he allowed no runs in 2 appearances, Washington dropped the Series to the Pittsburgh Pirates, again going seven games. Marberry had an excellent year in 1926, breaking his own record again with 22 saves and posting a 3.00 ERA, the lowest of his career (besides his brief 1923 season) in an era which strongly favored hitters. He also took over the major league record for career saves, with 52. After two subpar seasons, he came back in 1929 to again lead the American League with 11 saves, while also winning a career-high 19 to finish 4th in the AL.

Marberry was never a full-time starter, but was often considered one of the few great pitchers that could go back and forth from the bullpen to being a starter, since there were so few of his era. In 1930 and 1931, Marberry was employed primarily as a starter, and posted an overall record of 31–9 for the two seasons. In 1931, showcasing his talents as both a starter (25 starts), and a reliever (20 appearances), he posted a 16–4 record with a 3.45 ERA (5th in the league) and 88 strikeouts. While he picked up 11 complete games and 1 shutout as a starter, he also had 7 saves, and finished 13th in MVP voting (Lefty Grove won the award).

After again leading the league in saves in 1932, for the fifth and last time, he was traded to Detroit on December 14. With the Tigers, Marberry adjusted well to the move from pitcher-friendly Griffith Stadium to Tiger Stadium, and posted a record of 31–16 in his first two years before his career faded away. After appearing in only 5 games for Detroit in 1935, Marberry was offered a job as an AL umpire, and he did serve in that capacity for the remainder of the season, though never in a Washington game. [2] He made a single relief appearance for the Giants in 1936 before ending his career on June 10 in the town that had come to love him, Washington, D.C.

In a 14-season career, Marberry had a lifetime record of 148–88 with a 3.63 ERA in 551 games (187 starts), accumulating 86 complete games and 7 shutouts. His career records of 364 relief appearances and 101 saves – both more than double the previous records – were surpassed by Jack Russell in 1940 and Johnny Murphy in 1946 respectively. He struck out 822 batters in 2067-1/3 innings pitched. Marberry would not begin to gain true recognition for many of his accomplishments until the save was created as a pitching statistic in the 1960s, and later research was done to identify saves earned in the past.

He died of a stroke at age 77 in Mexia, Texas, and was buried in Birdston Cemetery near Streetman.

The 1924 World Series was the championship series of the 1924 Major League Baseball season. A best-of-seven playoff, the series was played between the American League (AL) pennant winner Washington Senators and the National League (NL) pennant winner New York Giants. The Senators defeated the Giants in seven games to win their first championship in club history. The Giants became the first team to play in four consecutive World Series, winning in 1921–1922 and losing in 1923–1924. Their long-time manager, John McGraw, made his ninth and final World Series appearance in 1924. The contest concluded with the second World Series-deciding game which ran to extra innings. Later, the Senators would reorganize as the Minnesota Twins, again winning the World Series in 1987 and in 1991.

Clement Walter Labine was an American right-handed relief pitcher in Major League Baseball best known for his years with the Brooklyn and Los Angeles Dodgers from 1950 to 1960. As a key member of the Dodgers in the early 1950s, he helped the team to its first World Series title in 1955 with a win and a save in four games. He is one of seven players in MLB history to have won back-to back World Series championships on different teams, the other six being Ben Zobrist, Jake Peavy, Jack Morris, Bill Skowron, Don Gullett, and Ryan Theriot.

Yusmeiro Alberto Petit is a Venezuelan professional baseball pitcher for the Oakland Athletics of Major League Baseball (MLB). He has previously played in MLB for the Florida Marlins, Arizona Diamondbacks, San Francisco Giants, Washington Nationals and Los Angeles Angels. In 2014, Petit retired 46 consecutive batters to set a new Major League record. He throws right-handed. As of 2019, he is the only person ever to play on winning teams in both the Little League World Series and the Major League World Series.

Thomas Edgar Cheney was a Major League Baseball player. Cheney, a right-handed pitcher from Morgan, Georgia, played for the St. Louis Cardinals, Pittsburgh Pirates and Washington Senators in a span of eight seasons from 1957–1966. 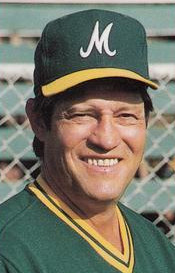 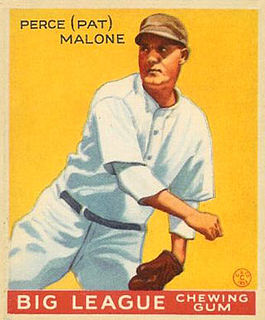 Robert Lane Miller was an American professional baseball player. He played in Major League Baseball as a right-handed pitcher from 1957 to 1974. Miller played for three World Series champions: the 1963 Los Angeles Dodgers, 1965 Los Angeles Dodgers and the 1971 Pittsburgh Pirates—five league champions and four division winners, as well as for four teams that lost 100 or more games in a season.

The 1924 Washington Senators won 92 games, lost 62, and finished in first place in the American League. Fueled by the excitement of winning their first AL pennant, the Senators won the World Series in dramatic fashion, a 12-inning Game Seven victory.

John Cyrus "Red" Oldham was a left-handed pitcher in Major League Baseball who played five years with the Detroit Tigers and two years with the Pittsburgh Pirates (1925–1926). He pitched the final inning of the 1925 World Series for the Pirates, striking out Goose Goslin to end the game and the series. 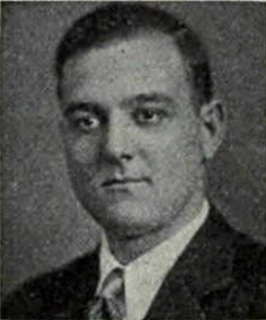