First Class Thieves (Croatian : Lopovi prve klase) is a Croatian comedy film directed by Fadil Hadžić. It was released in 2005.

The Republic of Croatia Armed Forces is the military service of Croatia.

A thief is a person who takes another person's property or services without consent.

Croatia Airlines Ltd. is the state-owned flag carrier airline of Croatia. Its headquarters are in Buzin near Zagreb and operates domestic and international services mainly to European destinations. Its main hub is Franjo Tuđman Airport with focus cities being Dubrovnik, Split, and Zadar. Since November 2004, the airline has been a member of Star Alliance. 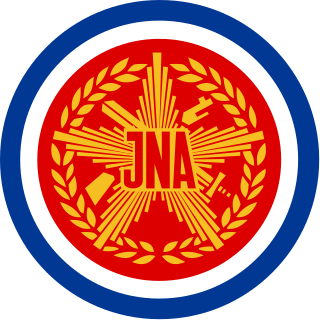 The Yugoslav People's Army, also called the Yugoslav National Army, was the military of Yugoslavia from 1945 to 1992.

The Thief, Burglar, Scoundrel, or Rogue is a character class in many role-playing games, including Dungeons & Dragons, Final Fantasy, World of Warcraft and many MMORPGs. Thieves are usually stealthy and dexterous characters able to disarm traps, pick locks, spy on foes, and perform backstabs from hiding.

Ali Baba and the Forty Thieves is a folk tale included in many versions of One Thousand and One Nights. Antoine Galland, who heard the story from Syrian Maronite storyteller Hanna Diyab, added it to the Nights in the 18th century. It is one of the most familiar of the "Arabian Nights" tales, and has been widely retold and performed in many media, especially for children, where the more violent aspects of the story are often suppressed. 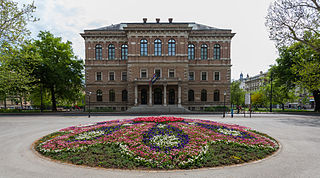 The Croatian Academy of Sciences and Arts is the national academy of Croatia.

The Croatian Navy is a branch of the Croatian Armed Forces. It was formed in 1991 from what Croatian forces managed to capture from the Yugoslav Navy during the Breakup of Yugoslavia and Croatian War of Independence. In addition to mobile coastal missile launchers, today it operates 29 vessels, divided into the Navy Flotilla for traditional naval duties, and the Croatian Coast Guard. Five missile boats form Croatian fleet's main offensive capability.

Thieves' cant, thieves' argot, or rogues' cant, also known as peddler's French, was a secret language which was formerly used by thieves, beggars and hustlers of various kinds in Great Britain and to a lesser extent in other English-speaking countries. The classic, colourful argot is now mostly obsolete, and is largely relegated to the realm of literature and fantasy role-playing, although individual terms continue to be used in the criminal subcultures of both Britain and the United States. Its South German and Swiss equivalent is the Rotwelsch, its Dutch equivalent is Bargoens and the Serbo-Croatian equivalent is Šatrovački.

The rogue or thief is one of the standard playable character classes in most editions of the Dungeons & Dragons fantasy role-playing game. A rogue is a versatile character, capable of sneaky combat and nimble tricks. The rogue is stealthy and dexterous, and in early editions was the only official base class from the Player's Handbook capable of finding and disarming traps and picking locks. The rogue also has the ability to "sneak attack" enemies who are caught off-guard or taken by surprise, inflicting extra damage.

The Yugoslav Navy, was the navy of Yugoslavia from 1945 to 1992. It was essentially a coastal defense force with the mission of preventing enemy landings along Yugoslavia's rugged 4,000-kilometer shoreline or coastal islands, and contesting an enemy blockade or control of the strategic Strait of Otranto.

A thieves' guild is a concept in fantasy fiction consisting of a formal association of criminals who participate in theft-related organized crime. Examples appear in the Fafhrd and the Gray Mouser story "Thieves' House" by Fritz Leiber, and role-playing games such as Dungeons & Dragons. Though these more modern works are fictitious, there are real world examples as well, such as Jonathan Wild and his gang of thieves.

Nikolaj Pešalov is an Olympic and World former champion in weightlifting. For the first part of his career he competed under the Bulgarian flag, but later moved to Croatia which he represented internationally.

Education in Croatia is a right defended by Article 66 of the Constitution which states that everyone is entitled to free compulsory education under equal conditions and in accordance with their aptitudes. Education is mandatory for children aged 6 to 15.

Silkroad Online is a fantasy MMORPG set in the 7th century AD, along the Silk Road between China and Europe. The game requires no periodic subscription fee, but players can purchase premium items to customize or accelerate gameplay.

The Lotrščak Tower is a fortified tower located in Zagreb, Croatia, in an old part of town called Gradec or Gornji grad. The tower, which dates to the 13th century, was built to guard the southern gate of the Gradec town wall. The name is derived from Latin campana latrunculorum, meaning "thieves' bell", referring to a bell hung in the tower in 1646 to signal the closing of the town gates.