Last updated August 18, 2019
Not to be confused with Flávia Oliveira.

Flavia de Oliveira (born July 13, 1983 in Londrina, Brazil) is a Brazilian model who participated in the 2006, 2007, 2008, 2010 and 2011 Victoria's Secret Fashion Shows. She has been in shows such as Dior, Valentino, Missoni, Elie Saab, and Chanel. She has appeared in advertisements for brands like Blumarine, Dolce & Gabbana, Michael Kors, Pomellato, and Salvatore Ferragamo. 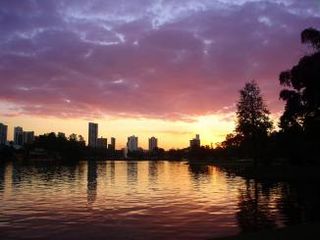 Londrina is a city located in the north of the state of Paraná, South Region, Brazil, and is 369 km away from the state capital, Curitiba. It is the second largest city in the state and fourth largest in the southern region of the country, with 543,003 inhabitants in the city proper, and 818,300 in the metropolitan area.

Missoni is a high-end Italian fashion house based in Varese, and known for its colorful knitwear designs. The company was founded by Ottavio ("Tai") and Rosita Missoni in 1953.

The Ford Modeling Agency, or as it is known today Ford Models, is an American international modeling agency based in New York City. It was established in 1946 by Eileen Ford and her husband Gerard W. Ford.

Women Management is a modeling agency based in New York. Founded by Paul Rowland in 1988, Women also has a sister agency, Supreme Management, which is also part of the Women International Agency Chain.

Alessandra Corine Maria Ambrósio is a Brazilian model and television personality. Ambrosio is known for her work with Victoria's Secret and was chosen as the first spokesmodel for the company's PINK line. Ambrosio was a Victoria's Secret Angel from 2000 to 2017 and has modeled for brands such as Next, Armani Exchange, Christian Dior, and Ralph Lauren. 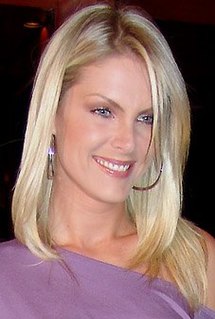 Ana Lúcia Hickmann is a Brazilian model, TV host and businesswoman who has worked for Victoria's Secret, Nivea, L'Oreal, Wella, Clairol and Bloomingdales. She has appeared in the South African version of the Sports Illustrated Swimsuit Issue, on the Italian version of GQ, and on the covers of Brazilian Vogue, Marie Claire, and Elle. She currently co-hosts a daytime TV show in Brazil and owns her own clothing, jewellery, cosmetics and accessories brand. Hickmann is also famous for her legs of 120 cm, and was once listed in the Guinness Book of World Records as "the model with the longest legs". She has been named as one of the most beautiful women in the world by GQ Italia in 2001.

Maria Izabel Goulart Dourado is a Brazilian fashion model. She is best known as having been one of the Victoria's Secret Angels from 2005 to 2008 and for her work with Sports Illustrated Swimsuit Issue and Armani Exchange. 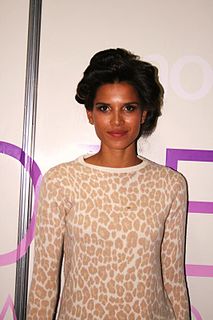 Fernanda Motta is a Brazilian model, actress, and television host. She is the host of the reality TV show Brazil's Next Top Model, the Brazilian version of the show, created by Tyra Banks.

Fabiana Semprebom is a Brazilian model.

Bruna Tenório is a Brazilian model.

The second season of Brazil's Next Top Model, was filmed from July to August 2008, and premiered on September 4, 2008. The show is hosted by model Fernanda Motta and aims to find the next top fashion model. The winner received a R$200,000 contract, management and representation by Ford Models, a brand new car and a photo shoot for the cover and a six-page spread within Vogue Brasil. The season featured 13 contestants. For the first time, the show had an international destination during this season, which was Buenos Aires, Argentina.

Emanuela de Paula is a Brazilian model. She has been the face of UK retailer Next for the past two seasons and can be seen in the 2009 Pirelli Calendar. She has also replaced Pernille Holmboe as the new model for the Swedish clothing store Gina Tricot.

Georgina Stojiljkovic is a Serbian fashion model. She was born in Pančevo, SFR Yugoslavia.

Nika Lauraitis is an American fashion model of Lithuanian descent. 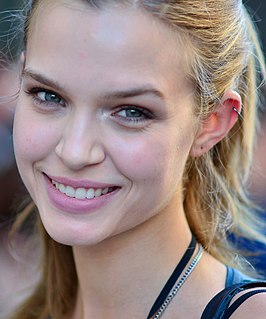 Josephine Skriver-Karlsen is a Danish model. She is a Victoria's Secret Angel and since her modeling debut in 2011, she has walked in over 300 fashion shows, and has been featured in magazines such as Vanity Fair, Elle, Harper's Bazaar and Vogue. 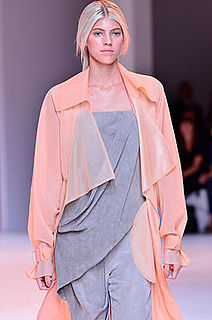 Flavia Dias Eberhard, known as Flavia Eberhard, is a Brazilian free-diver, presenter of TV series "APNEIA", freediving instructor trainer, international fashion and underwater model, conservationist, and TV personality. She has nine freediving records including a South American Absolute Record on the discipline of free immersion. Eberhard also works with underwater videography and underwater photography with Sea Dragons audiovisual and has presented documentaries for the TV and film festivals.

Ming Xi or Xi Mengyao is a Chinese model. Her professional modeling career started in 2009 after she attended a TV competition. Her international modeling career took off in 2011 after she walked her first well-known runway debut for Givenchy Haute Spring Show. In the same year, Ming Xi modeled the Givenchy ready-to-wear collection and appeared as the face of Givenchy’s Fall/Winter publicity advertising campaign. Ming Xi also modeled for the Victoria's Secret Fashion Show in 2013.

Luma Grothe is a Brazilian model.

Flávia Lucini is a Brazilian model.

Lais Oliveira Navarro, is a Brazilian model best known for walking the Victoria's Secret Fashion Show 2016 and being exclusive for the Louis Vuitton.

Gizele Oliveira is a Brazilian model best known for walking in the Victoria's Secret Fashion Show 2017 and 2018.