The first section of this line was constructed between Karridale and Boranup in May 1884, forming part of the M.C. Davies Timber horse-drawn tramway system, which soon ran between the jetties at Hamelin Bay and Flinders Bay. [1] Access to both jetties allowed timber to be loaded onto ships in all seasons, as the original west-facing Hamelin Bay jetty typically experienced poor conditions during the winter. [1] Some parts of the system were originally constructed using wooden rails and along steep alignments, oriented towards lower cost, rough workings of the timber tramway system. [2] [1] Locomotives were used instead of horses from 1895 and by the 1900 the network spanned from Flinders Bay to Margaret River. [1]

Following the opening of the Bunbury to Boyanup Railway in 1891, a branch from Boyanup to Busselton was constructed by Smith & Tims, opening on 21 November 1894. [3]

The railway between Margaret River and Flinders Bay was purchased by the Government in 1912 and was run as an isolated system by the Public Works Department for a few years. [1] After some years of no service, the railway south of Witchcliffe was rehabilitated, including the construction of a realignment north of Jarrahdene. It was formally taken over by the Western Australian Government Railways (WAGR) and opened for service on 1 April 1925. [4] [5] [6] This followed the opening of the WAGR line between Busselton and Witchcliffe (along a new alignment between Margaret River and Witchcliffe) on 20 October 1924.

Although a slow service due to the lighter rails and steep gradients, the branch was important for the dairy industry in the region. [7] Usually known as the Flinders Bay branch, it ran until 1957. [8] It was one of three branches in the WAGR system that relied on the important Msa garratt steam engine to be able to move the loads over steep and difficult gradients. Most of the railway formation and structures were removed close to closure. The Flinders Bay engine shed, and some parts of the railway yard were not immediately removed and remained intact until the late 1950s. A limited number of photographs exist of the stopping platform at Flinders Bay, but very few exist of the Flinders Bay Jetty. At one stage in the 1970s, Railway Bus Drivers had the opportunity to stay overnight in a small railway cottage/shed at the bay-side edge of the Flinders Bay yard.

As operated by the WAGR, the line was 93 miles 61  chains (150.90 km) from Boyanup to Flinders Bay. [9] Only the first section of the line (Boyanup to RGC) remains in place, although disused, with few changes since it was last operated. [10] The remainder of the line has been lifted, although the rail reserve as far as Busselton remains under the control of the Public Transport Authority and is theoretically available for future rail uses. [11]

Like all railways outside of Perth, the line was not electrified and predominantly single-track, with passing loops at various locations. The remnant section, from Boyanup to RGC, is controlled by Arc Infrastructure. [10]

Heading south west from Boyanup, the line traverses predominantly agricultural land to a few kilometres beyond Capel, where it terminates at the former Iluka Resources RGC site. [10] From here, the line continued through a mix of agricultural and forested land to Busselton. Part of the corridor west of Wonnerup has been used to accommodate the widening of the Bussell Highway. [12] Within Busselton the line ran past the jetty and along the foreshore, turning south through what is now the Busselton Health Campus. [13] Heading west again along the route of what is now the Bussell Highway, the line served Vasse and Quindalup before turning south towards Flinders Bay. [14] The line passed through forested and agricultural areas, including several municipally heritage-registered mill sites in the M.C. Davies timber concession area south of Margaret River. [15]

This line was the first branch from the Northcliffe line, at Boyanup, linking Busselton to the WAGR network. [3] The only WAGR line to branch from this one is the Nannup Branch, which runs south from Wonnerup to Nannup. [11] This section of this line from Wonnerup to Maryvale follows the alignment of Western Australia's first railway - the Ballaarat Tramway. [16]

Several timber mills used to operate along the railway, each with their own access to the mainline. Many of these mills operated extensive timber tramways that fed significant quantities of timber to the railway. [16] The section from Witchcliffe to Flinders Bay was originally built as an M.C. Davies horse-drawn tramway, before being bought by the Government and upgraded to a WAGR line in 1925. [1]

The City of Busselton and the Shire of Augusta–Margaret River are developing the rail alignment beyond Busselton into the Wadandi Track rail trail. [17] The sections from Busselton Jetty to Carbunup River (east of Marybrook) and Cowaramup to Witchcliffe are currently completed. [13] [14] In 2012 the Adelaide-based firm Mulloway was creating an interpretation plan for the Busselton to Flinders Bay Railway Rail Trail project – that will convert the former railway reserve into a recreational, tourism, and educational trail. [18]

Busselton is a city in the South West region of the state of Western Australia approximately 220 km (140 mi) south-west of Perth. Busselton has a long history as a popular holiday destination for Western Australians; however, the closure of the Busselton Port in 1972 and the contemporaneous establishment of the nearby Margaret River wine region have seen Tourism become the dominant source of investment and development, supplemented by services and retail. The Town is best known for the Busselton Jetty, the longest wooden jetty in the Southern Hemisphere. 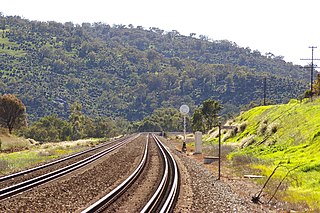 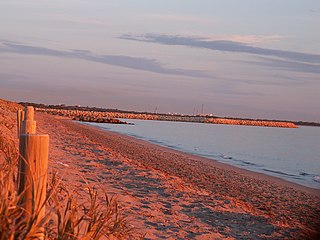 South Fremantle is a suburb of Perth, Western Australia, located within the City of Fremantle.

The WAGR Msa class was a class of 2-6-0+0-6-2 Garratt-type articulated steam locomotives. The class was built at the Midland Railway Workshops and operated by the Western Australian Government Railways (WAGR) between 1930 and 1963. It was the first Garatt type to be designed and constructed entirely in Australia. 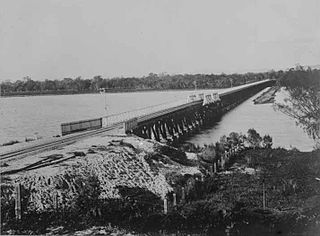 The H class was a class of two steam locomotives operated by the Western Australian Government Railways (WAGR) introduced in 1889.

Wilga is a small town located between Donnybrook and Boyup Brook in the South West region of Western Australia. 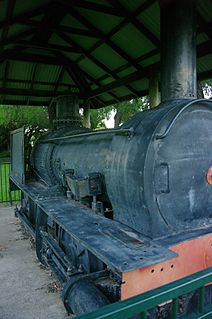 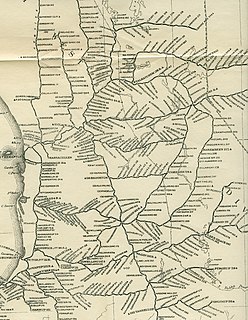 The WAGR D class was a single member class of 0-4-0ST tank locomotive operated by the Western Australian Government Railways (WAGR) from 1884 until 1903. 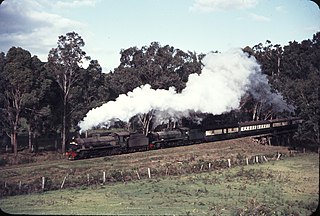 The Nannup Branch Railway, also known as the Wonnerup to Nannup Railway, was a branch line of the Western Australian Government Railways (WAGR) between Wonnerup and Nannup.

The Ballaarat Tramline, also known as the Lockville - Yoganup Railway, was the first railway in Western Australia, constructed in 1871 by the Western Australian Timber Company. The railway was used to transport timber from forests in the South West to the company's jetty at Lockville using the Ballaarat steam engine.