The floating-gate MOSFET (FGMOS), also known as a floating-gate transistor, is a type of MOSFET (metal-oxide-semiconductor field-effect transistor) where the gate is electrically isolated, creating a floating node in DC, and a number of secondary gates or inputs are deposited above the floating gate (FG) and are electrically isolated from it. These inputs are only capacitively connected to the FG. Since the FG is completely surrounded by highly resistive material, the charge contained in it remains unchanged for long periods of time. Usually Fowler-Nordheim tunneling and hot-carrier injection mechanisms are used to modify the amount of charge stored in the FG.

The FGMOS is commonly used as a floating-gate memory cell, the digital storage element in EPROM, EEPROM and flash memory technologies. Other uses of the FGMOS include a neuronal computational element in neural networks, [1] [2] analog storage element, [1] digital potentiometers and single-transistor DACs.

The first MOSFET was invented by Mohamed Atalla and Dawon Kahng at Bell Labs in 1959, and presented in 1960. [3] The first report of a floating-gate MOSFET (FGMOS) was later made by Dawon Kahng and Simon Min Sze at Bell Labs, and dates from 1967. [4] The earliest practical application of FGMOS was floating-gate memory cells, which Kahng and Sze proposed could be used to produce reprogrammable ROM (read-only memory). [5] The first application of FGMOS was digital semiconductor memory, to store nonvolatile data in EPROM, EEPROM and flash memory. [6]

In 1989, Intel employed the FGMOS as an analog nonvolatile memory element in its electrically trainable artificial neural network (ETANN) chip, [2] demonstrating the potential of using FGMOS devices for applications other than digital memory.

Three research accomplishments laid the groundwork for much of the current FGMOS circuit development:

An FGMOS can be fabricated by electrically isolating the gate of a standard MOS transistor, so that there are no resistive connections to its gate. A number of secondary gates or inputs are then deposited above the floating gate (FG) and are electrically isolated from it. These inputs are only capacitively connected to the FG, since the FG is completely surrounded by highly resistive material. So, in terms of its DC operating point, the FG is a floating node.

For applications where the charge of the FG needs to be modified, a pair of small extra transistors are added to each FGMOS transistor to conduct the injection and tunneling operations. The gates of every transistor are connected together; the tunneling transistor has its source, drain and bulk terminals interconnected to create a capacitive tunneling structure. The injection transistor is connected normally and specific voltages are applied to create hot carriers that are then injected via an electric field into the floating gate.

FGMOS transistor for purely capacitive use can be fabricated on N or P versions. [9] For charge modification applications, the tunneling transistor (and therefore the operating FGMOS) needs to be embedded into a well, hence the technology dictates the type of FGMOS that can be fabricated.

The equations modeling the DC operation of the FGMOS can be derived from the equations that describe the operation of the MOS transistor used to build the FGMOS. If it is possible to determine the voltage at the FG of an FGMOS device, it is then possible to express its drain to source current using standard MOS transistor models. Therefore, to derive a set of equations that model the large signal operation of an FGMOS device, it is necessary to find the relationship between its effective input voltages and the voltage at its FG.

is the total capacitance seen by the floating gate. These equations show two drawbacks of the FGMOS compared with the MOS transistor:

Under normal conditions, a floating node in a circuit represents an error because its initial condition is unknown unless it is somehow fixed. This generates two problems: first, it is not easy to simulate these circuits; and second, an unknown amount of charge might stay trapped at the floating gate during the fabrication process which will result in an unknown initial condition for the FG voltage.

Among the many solutions proposed for the computer simulation, one of the most promising methods is an Initial Transient Analysis (ITA) proposed by Rodriguez-Villegas, [10] where the FGs are set to zero volts or a previously known voltage based on the measurement of the charge trapped in the FG after the fabrication process. A transient analysis is then run with the supply voltages set to their final values, letting the outputs evolve normally. The values of the FGs can then be extracted and used for posterior small-signal simulations, connecting a voltage supply with the initial FG value to the floating gate using a very-high-value inductor.

The usage and applications of the FGMOS can be broadly classified in two cases. If the charge in the floating gate is not modified during the circuit usage, the operation is capacitively coupled.

In the capacitively coupled regime of operation, the net charge in the floating gate is not modified. Examples of application for this regime are single transistor adders, DACs, multipliers and logic functions, variable threshold inverters,

Using the FGMOS as a programmable charge element, it is commonly used for non-volatile storage such as flash, EPROM and EEPROM memory. In this context, floating-gate MOSFETs are useful because of their ability to store an electrical charge for extended periods of time without a connection to a power supply. Other applications of the FGMOS are neuronal computational element in neural networks, analog storage element and e-pots. 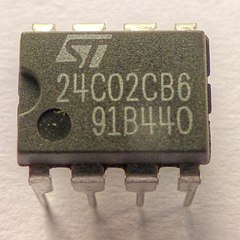 The analogueswitch, also called the bilateral switch, is an electronic component that behaves in a similar way to a relay, but has no moving parts. The switching element is normally a pair of MOSFET transistors, one an N-channel device, the other a P-channel device. The device can conduct analog or digital signals in either direction when on and isolates the switched terminals when off. Analogue switches are usually manufactured as integrated circuits in packages containing multiple switches. These include the 4016 and 4066 from the 4000 series.

Charge trap flash (CTF) is a semiconductor memory technology used in creating non-volatile NOR and NAND flash memory. It is a type of floating-gate MOSFET memory technology, but differs from the conventional floating-gate technology in that it uses a silicon nitride film to store electrons rather than the doped polycrystalline silicon typical of a floating-gate structure. This approach allows memory manufacturers to reduce manufacturing costs five ways:

SONOS, short for "silicon–oxide–nitride–oxide–silicon", more precisely, "polycrystalline silicon"—"silicon dioxide"—"silicon nitride"—"silicon dioxide"—"silicon", is a cross sectional structure of MOSFET (metal-oxide-semiconductor field-effect transistor), realized by P.C.Y. Chen of Fairchild Camera and Instrument in 1977. This structure is often used for non-volatile memories, such as EEPROM and flash memories. It is sometimes used for TFT LCD displays. It is one of CTF (charge trap flash) variants. It is distinguished from traditional non-volatile memory structures by the use of silicon nitride (Si3N4 or Si9N10) instead of "polysilicon-based FG (floating-gate)" for the charge storage material. A further variant is "SHINOS" ("silicon"—"hi-k"—"nitride"—"oxide"—"silicon"), which is substituted top oxide layer with high-κ material. Another advanced variant is "MONOS" ("metal–oxide–nitride–oxide–silicon"). Companies offering SONOS-based products include Cypress Semiconductor, Macronix, Toshiba, United Microelectronics Corporation and Floadia. 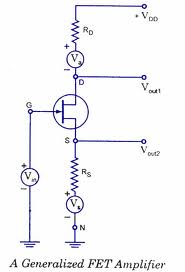 The metal–nitride–oxide–semiconductor or metal–nitride–oxide–silicon (MNOS) transistor is a type of MOSFET in which the oxide layer is replaced by a double layer of nitride and oxide. It is an alternative and supplement to the existing standard MOS technology, wherein the insulation employed is a nitride-oxide layer. It is used in non-volatile computer memory.