Florisbad is a health resort 45 km northwest of Bloemfontein and 47 km south-west of Brandfort, near the Haagenstad salt-pan. Named after Floris Venter who opened up the mineral spring. Florisbad archaeological and paleontological site is now a tourist attraction. [1]

The Florisbad archaeological and paleontological site is a provincial heritage site in Brandfort in the Free State province of South Africa. Which houses Florisbad Skull an early hominid skull 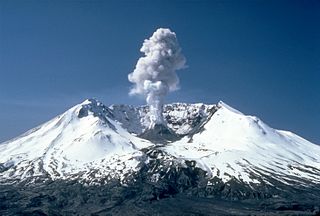 Mount St. Helens is an active stratovolcano located in Skamania County, Washington, in the Pacific Northwest region of the United States. It is 50 miles (80 km) northeast of Portland, Oregon and 96 miles (154 km) south of Seattle, Washington. Mount St. Helens takes its English name from the British diplomat Lord St Helens, a friend of explorer George Vancouver who made a survey of the area in the late 18th century. The volcano is located in the Cascade Range and is part of the Cascade Volcanic Arc, a segment of the Pacific Ring of Fire that includes over 160 active volcanoes. This volcano is well known for its ash explosions and pyroclastic flows.

The Weser is a river in Northwestern Germany. Formed at Hannoversch Münden by the confluence of the rivers Fulda and Werra, it flows through Lower Saxony, then reaching the Hanseatic city of Bremen, before emptying 50 km (31 mi) further north at Bremerhaven into the North Sea. On the opposite (west) bank is the town of Nordenham at the foot of the Butjadingen Peninsula; thus, the mouth of the river is in Lower Saxony. The Weser has an overall length of 452 km (281 mi). Together with its Werra tributary, which originates in Thuringia, its length is 744 km (462 mi). 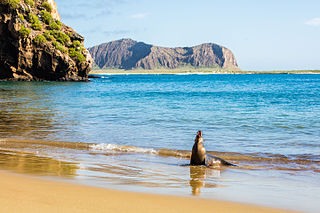 The Galápagos Islands, part of the Republic of Ecuador, are an archipelago of volcanic islands distributed on either side of the equator in the Pacific Ocean surrounding the centre of the Western Hemisphere, 906 km (563 mi) west of continental Ecuador. The islands are known for their large number of endemic species and were studied by Charles Darwin during the second voyage of HMS Beagle. His observations and collections contributed to the inception of Darwin's theory of evolution by means of natural selection. 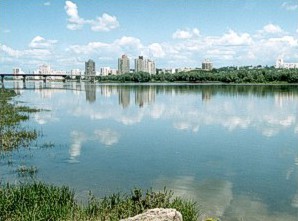 The Dniester River is a river in Eastern Europe. It runs first through Ukraine and then through Moldova, finally discharging into the Black Sea on Ukrainian territory again.

Dealesville is a mixed farming town in the Free State province of South Africa and is surrounded by numerous salt pans. There are many natural springs in the vicinity, most notably Florisbad some 35 km from the town.

The Ammoxenidae are a small spider family with 18 species in four genera. A common name for the family is "termite hunters." 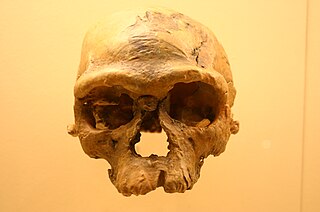 Jebel Irhoud is an archaeological site located just north of the locality known as Tlet Ighoud, about 50 km (30 mi) south-east of the city of Safi in Morocco. It is noted for the hominin fossils that have been found there since the site's discovery in 1960. Originally thought to be Neanderthals, the specimens have since been assigned to Homo sapiens and have been dated at 315,000 years old. 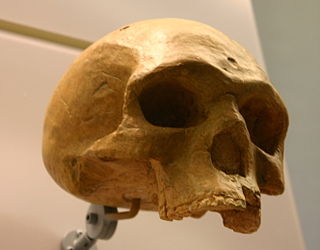 The Florisbad Skull is an important human fossil of the early Middle Stone Age, representing either late Homo heidelbergensis or early Homo sapiens. It was discovered in 1932 by T. F. Dreyer at the Florisbad site, Free State Province, South Africa.

Soutpan is a town in Lejweleputswa District Municipality in the Free State province of South Africa.

The term archaic Homo sapiens has different meanings depending on the preferred system of taxonomy. See Human taxonomy for the question of taxonomic classification of early human varieties.

The National Museum, Bloemfontein dates back to the 1870s, when its collections and displays comprised mainly rarities from around the world. It was established on 20 July 1877 and opened to the public on 20 May 1878. The old Raadsaal building was made available by the then Free State Volksraad for hosting the Museum collections. A new museum building was completed in 1913 and the official opening took place in 1915. Since 1881 the museum has been subsidised mainly by government. Through donations, purchases and exchange agreements the Museum’s collections slowly got established and grew to a wide variety of natural and human science artefacts.

Rastellus is a genus of spiders in the Ammoxenidae family. It was first described in 1990 by Platnick & Griffin. As of 2017, it contains 7 species, all from Africa.

Misliya cave at Mount Carmel, Israel, is a collapsed cave containing archaeological layers from the Lower Paleolithic and Middle Paleolithic periods. The site is significant in paleoanthropology for the discovery of the earliest known remains attributed to Homo sapiens outside of Africa, dated to 185,000 years ago.