The Fluid Dynamics Prize has been awarded to: [2]

The Panofsky Prize in Experimental Particle Physics is an annual prize of the American Physical Society. It is given to recognize and encourage outstanding achievements in experimental particle physics, and is open to scientists of any nation. It was established in 1985 by friends of Wolfgang K. H. Panofsky and by the Division of Particles and Fields of the American Physical Society. Panofsky was a physics professor at Stanford University and the first director of the Stanford Linear Accelerator Center (SLAC). Several of the prize winners have subsequently won the Nobel Prize in Physics. As of 2021, the prize included a $10,000 award.

Howard Alvin Stone is the Donald R. Dixon '69 and Elizabeth W. Dixon Professor in Mechanical and Aerospace Engineering at Princeton University. His field of research is in fluid mechanics, chemical engineering and complex fluids. He became an Editor of the Annual Review of Fluid Mechanics in 2021.

The Arthur L. Schawlow Prize in Laser Science is a prize that has been awarded annually by the American Physical Society since 1991. The recipient is chosen for "outstanding contributions to basic research which uses lasers to advance our knowledge of the fundamental physical properties of materials and their interaction with light". The prize is named after Arthur L. Schawlow (1921–1999), laser pioneer and Nobel laureate, and as of 2007 is valued at $10,000.

The Davisson–Germer Prize in Atomic or Surface Physics is an annual prize that has been awarded by the American Physical Society since 1965. The recipient is chosen for "outstanding work in atomic physics or surface physics". The prize is named after Clinton Davisson and Lester Germer, who first measured electron diffraction, and as of 2007 it is valued at $5,000.

The Earle K. Plyler Prize for Molecular Spectroscopy and Dynamics is a prize that has been awarded annually by the American Physical Society since 1977. The recipient is chosen for "notable contributions to the field of molecular spectroscopy and dynamics". The prize is named after Earle K. Plyler, who was a leading experimenter in the field of infrared spectroscopy; as of 2007 it is valued at $10,000. The prize is currently sponsored by the AIP Journal of Chemical Physics.

The Dennis Gabor Medal and Prize is a prize awarded biannually by the Institute of Physics for distinguished contributions to the application of physics in an industrial, commercial or business context. The medal is made of silver and is accompanied by a prize and a certificate.

The James C. McGroddy Prize for New Materials is a prize that has been awarded annually by the American Physical Society since 1975, but was only given that name following its endowment by IBM in 1999. Prior to that it was known as the International Prize for New Materials. The recipients are chosen for "Outstanding achievement in the science and application of new materials". The prize is named after James C. McGroddy, himself a winner of APS's George E. Pake Prize in 1995, and comes with a cash award of $10,000.

The James Clerk Maxwell Prize for Plasma Physics is an annual American Physical Society (APS) award that is given in recognition of outstanding contributions to the field of the Plasma Physics. It was established in 1975 by Maxwell Technologies, Inc, in honor of the Scottish physicist James Clerk Maxwell. It is currently sponsored by General Atomics. The prize includes a $10,000 USD monetary award and recognition at the annual American Physical Society Division of Plasma Physics conference.

The David Adler Lectureship Award in the Field of Materials Physics is a prize that has been awarded annually by the American Physical Society since 1988. The recipient is chosen for "an outstanding contributor to the field of materials physics, who is noted for the quality of his/her research, review articles and lecturing." The prize is named after physicist David Adler with contributions to the endowment by friends of David Adler and Energy Conversion Devices, Inc. The prize includes a $5,000 honorarium.

The Max Delbruck Prize, formerly known as the Biological physics prize, is awarded by the Division of Biological Physics of the American Physical Society, to recognize and encourage outstanding achievement in biological physics research. The prize was established in 1981, and renamed for Max Delbrück in 2006. The award consists of $10,000, an allowance for travel to the meeting where the prize is awarded, and a certificate. It was presented biennially in even-numbered years until 2014, and will be presented annually starting 2015. 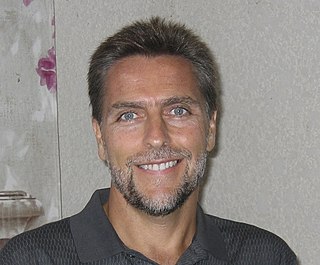 John Francis Brady is an American chemical engineer and the Chevron Professor of Chemical Engineering and Mechanical Engineering at the California Institute of Technology. He is a fluid mechanician and creator of the Stokesian dynamics method for simulating suspensions of spheres and ellipsoids in low Reynolds number flows. He is an elected fellow of the American Physical Society, a fellow of the Society of Rheology, as well as a member of the National Academy of Sciences, the National Academy of Engineering, and the American Academy of Arts and Sciences.

The Leo Szilard Lectureship Award is given annually by the American Physical Society (APS) for "outstanding accomplishments by physicists in promoting the use of physics for the benefit of society". It is given internationally in commemoration of physicist Leo Szilard.

"In the year's of Szilard's life and activity it became clearer than ever before how great the responsibility of scientists is to the society. And, to a large extent, it is due to Szilard that this awareness began to spread in the scientific community." - Andrei Sakharov

William Henry Matthaeus is an American astrophysicist and plasma physicist. He is known for his research on turbulence in magnetohydrodynamics (MHD) and astrophysical plasmas, for which he was awarded the 2019 James Clerk Maxwell Prize for Plasma Physics.

Patrick Henry Diamond is an American theoretical plasma physicist. He is currently a professor at the University of California, San Diego, and a director of the Fusion Theory Institute at the National Fusion Research Institute in Daejeon, South Korea, where the KSTAR Tokamak is operated.