The Football Alliance was an association football league in England which ran for three seasons, from 1889–90 to 1891–92.

It was formed by 12 clubs as an alternative to the Football League, which had begun in the 1888–89 season, also with 12 member clubs. The Alliance covered a similar area to the League, stretching from the English Midlands to the North West, but also further east in Sheffield, Grimsby and Sunderland. Some of the clubs which founded the Alliance had played in The Combination the year before, but that league collapsed as a result of the disarray and lack of organisation. The president of the Football Alliance was John Holmes, also the president of The Wednesday who were the first champions winning fifteen games out of twenty-two. 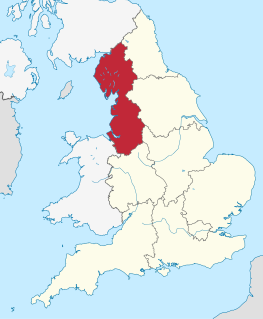 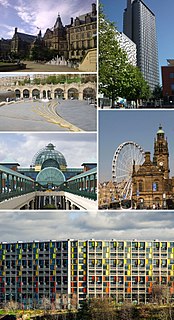 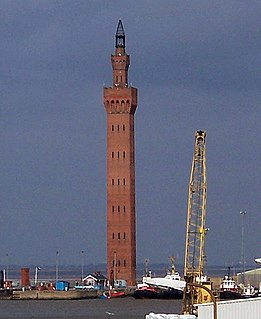 Grimsby, also Great Grimsby, is a large coastal English seaport and administrative centre in North East Lincolnshire, on the South Bank of the Humber Estuary, close to where it reaches the North Sea. It ran the largest fishing fleet in the world by the mid-20th century, but fishing declined dramatically after the Cod Wars denied UK access to Icelandic fishing grounds, and the European Union parcelled out fishing quotas in waters within a 200-mile limit of the UK coast to other European countries, in line with its Common Fisheries Policy. Since then Grimsby has suffered post-industrial decline, although food manufacturing has been encouraged since the 1990s. The Grimsby–Cleethorpes conurbation acts as a cultural, shopping and industrial centre for much of northern and eastern Lincolnshire. Grimsby people are called Grimbarians; the term codhead is also used jokingly, often for Grimsby football supporters. Great Grimsby Day is 22 January.

Stoke City Football Club is an English professional football club based in Stoke-on-Trent, Staffordshire. Founded as Stoke Ramblers in the 1860s, the club changed its name to Stoke in 1878 and then to Stoke City in 1925 after Stoke-on-Trent was granted city status. Stoke were one of the twelve founding members of the Football League in 1888. The team competes in the Championship, the second tier of English football. 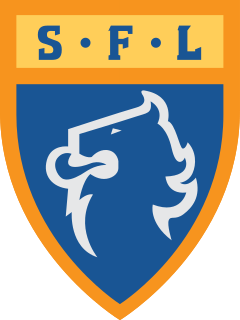 Birmingham St. George's F.C. were a football club based in Birmingham, England. They were formerly known as Mitchell St. George's F.C., a merger of Mitchells and St. George's in 1881, changing to their new name in 1888. They were among the founding members of the Combination in 1888, finishing 10th out of 12, and provided the Combination with its president, Mr. H. Mitchell. The Combination disbanded after a season. They applied to become members of the Football League at the end of its first season but failed to gain membership; they received the most votes of the non-elected clubs, two behind Notts County. In 1889 they were founder members of the Football Alliance, also reaching the quarter finals of the FA Cup. The Alliance combined with the Football League in 1892 with Birmingham St. George's becoming the only member not to be accepted. As Aston Villa and Small Heath Alliance began dominating the Birmingham footballing landscape, the club disbanded in 1892 because of financial difficulties.

The 1962–63 season was the 83rd season of competitive football in England.

The Football League 1889–90 was the second season of English league football, with Preston North End being crowned as the champions for the second successive season. The clubs competing were the 12 original clubs which were the founders of the league the previous year. Unlike the modern system, two points were awarded for a win, with one for a draw and no points for a loss; this system was carried on until the 1980s when teams were awarded three points for a win.

The Football League 1891–92 was the fourth season of English league football, and the last season of the football league running in a single division. Sunderland were the winners of the league which was their first ever league success. At the beginning of the season Stoke had left the Football Alliance and rejoined the Football League. Darwen also joined from the Alliance but they conceded 112 goals and finished bottom.

The 1889–90 Football Alliance was the first season of the Football Alliance, an association football league which was set up in England as an alternative to The Football League, which had begun in the 1888–89 season. A proposal that the Football League be expanded to 24 teams was rejected, so a new league was formed to cater for those excluded. Twelve clubs were accepted for membership, the same number as in the Football League, and they were drawn from a similar geographical area, stretching from the Midlands to the North West, but also further east in Sheffield, Grimsby and Sunderland.

The 1891–92 season was Stoke's third season in the Football League.