Formosa Television is also the first free-to-air television station which was established without direct relationship with any political party and department of Taiwan government. Because of the location of its headquarters, which is in an area where Taiwanese Hokkien speakers are populous, it also earned the reputation for being the first station in Taiwan to use that tongue in a majority of its programs, especially on its prime time newscasts.

On May 24, 2004, FTV was among the first free-to-air channels on Taiwan to switch from terrestrial analog signal to digital television. [1]

On New Year's Day (January 1) 2018 at midnight stroke, Formosa Television began its full 24-hour broadcasts because after due to Uni-President Enterprises Corporation celebrates its fiftieth anniversary of golden jubilee with after midnight countdown of New Year's Eve at late-night to happy new year of New Year's Day at midnight.

One of its more popular broadcasts are the coverage of live matches of the Chinese Professional Baseball League.

In conjunction with New Year's Day on January 1, 2018 at midnight stroke, was Formosa Television's first day of 24-hour broadcasting because after due to Uni-President Enterprises Corporation celebrates its fiftieth anniversary of golden jubilee with after midnight countdown of New Year's Eve at late-night to happy new year of New Year's Day at midnight. 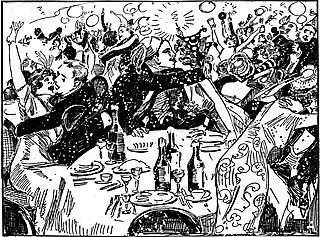 In the Gregorian calendar, New Year's Eve, the last day of the year, is on 31 December. In many countries, New Year's Eve is celebrated at evening parties, where many people dance, eat, drink, and watch or light fireworks. Some Christians attend a watchnight service. The celebrations generally go on past midnight into New Year's Day, 1 January.

Mediacorp Pte. Ltd. is Singapore's media and entertainment group that serves as the national public broadcaster for both radio and television in the country. As a mass media conglomerate, it holds interests in radio broadcasting, television broadcasting and digital content creation.

FashionTV is an international fashion and lifestyle broadcasting television channel. Founded in France in 1997, by its Polish-born president Michel Adam Lisowski, FashionTV is a widely distributed satellite channels in the world with 31 satellite and 2,000 cable systems. As of 2014, it had 400 million viewers around the world, including 80 million in Arab countries(source?).

Dick Clark's New Year's Rockin' Eve (NYRE) is an annual New Year's Eve television special broadcast by ABC. The special broadcasts primarily from New York City's Times Square and prominently features coverage of its annual ball drop event, along with live and pre-recorded musical performances by popular musicians from Times Square and Hollywood. Since 2016–17, the special has regularly included performances and coverage of midnight festivities from New Orleans in the Central Time Zone as well.

China Television Company, Ltd. is a television broadcasting company based in Taipei, Taiwan. It was established on September 3, 1968, by the then-ruling Nationalist Party of the Republic of China. The party owned the majority stake of the network. Trial broadcast started on October 9, 1969, and the channel formally started broadcasting on October 31 the same year.

987 is a Singapore's first 24-hour English music radio station of Mediacorp Radio in Singapore. It plays English hits from Singapore, United Kingdom, United States, and around the world. 987FM is the sole contemporary hit radio station broadcasting on the FM frequency band in Singapore. 987 was launched as Perfect Ten 98.7FM on New Year's Day 1989 at midnight SST as Singapore's first 24-hour music radio stations in English language. Its studio is current at Mediacorp Campus, Mediapolis.

The Taiwan Indigenous Television is a satellite cable channel in Taiwan devoted to indigenous issues and culture, launched on July 1, 2005, becoming the first such channel in Asia.

Television channels in the Republic of China, commonly known as Taiwan.

All-Asian Satellite Television and Radio Operator, doing business as Astro, is a Malaysian satellite television provider. It operates in Malaysia and Brunei the Philippine Astro cable Philippines has operations at the All Asia Broadcast Centre located in Bukit Jalil, Kuala Lumpur, and MEASAT in Cyberjaya. It was granted an exclusive license as a sole pay-television provider by the Malaysian federal government until 2017. It competes with Unifi TV, an IPTV service owned by Telekom Malaysia (TM). As of September 2014, Astro has four million subscribers.

Love Buffet is a 2010 Taiwanese television series based on the shōjo manga Parfait Tic!, written by Nagamu Nanaji. It stars Reen Yu, Aaron Yan and Calvin Chen. The two male leads were members of boy band Fahrenheit, which performed the opening and ending themes. The drama was co-produced by Gala Television (GTV) and Comi Media (可米製作股份有限公司) and directed by Wu Jian Xin (吴建新).

The Spirits of Love, also known as Love, is a Taiwanese Hokkien television drama that aired on Formosa Television in Taiwan from 28 November 2006 to 21 May 2008. It stars Chen Meifeng, Wang Shih-hsien, Fon Cin & Chiang Tsu-ping. The show has five theme songs including Wu Bai & China Blue's 1995 hit "Love You Ten Thousand Years" (愛你一萬年). It aired in Taiwan every weeknight at prime time (20:00) and had a total of 386 episodes.

The millennium celebrations were a worldwide, coordinated series of events celebrating the end of 1999 and the start of the year 2000 in the Gregorian calendar. The celebrations were held as marking the end of the 2nd millennium and the 20th century, and the start of the 3rd millennium and the 21st century. Countries around the globe held official festivities in the weeks and months leading up to the date, such as those organised in the United States by the White House Millennium Council, and most major cities produced firework displays at midnight. Equally, many private venues, cultural and religious centres held events and a diverse range of memorabilia was created – such as souvenir postage stamps.

Tien Tsai-ting is a Taiwanese politician and media executive.