Fort Tejon in California is a former United States Army outpost which was intermittently active from June 24, 1854, until September 11, 1864. It is located in the Grapevine Canyon (La Cañada de las Uvas) between the San Emigdio Mountains and Tehachapi Mountains. It is in the area of Tejon Pass along Interstate 5 in Kern County, California, the main route through the mountain ranges separating the Central Valley from the Los Angeles Basin and Southern California. The fort's location protected the San Joaquin Valley from the south and west.

The fort's mission was to suppress stock rustling and protect settlers from attacks by discontent Californios (pre-statehood residents), and Native American tribes, including the Paiute and Mojave, and to monitor the less aggressive Emigdiano living nearby. The Emigdiano, who were closely related to the Chumash of the coastal and interior lands to the west, had several villages near Fort Tejon. After the earlier Spanish and Mexican colonial Indian Reductions, they were generally cooperative with the European-American settlers and the U.S. Army.

At the urging of Edward Fitzgerald Beale, Superintendent of Indian Affairs in California, the U.S. Army established Fort Tejon in 1854. Fort Tejon was the headquarters of the First U.S. Dragoons until those Regular Army troops were transferred to the East in July 1861 soon after the outbreak of the American Civil War. The fort was re-occupied by California volunteer troops in 1863. Those units included Companies D, E and G of the 2nd California Volunteer Cavalry from July 6 to August 17, 1863; and Company B of the 2nd California Volunteer Infantry, which remained there until Fort Tejon was abandoned for good on September 11, 1864. [2]

The fort lay along the Stockton - Los Angeles Road. From 1858, it was a stagecoach station on the Butterfield Overland Mail, which followed the same route as far as Visalia. From 1858, Fort Tejon was the western terminus of the experimental U.S. Camel Corps, which used imported camels in an effort to carry supplies across arid regions in the Southwest. The soldiers found the camels hardy, but temperamental, and they spooked the horses used by the cavalry. [3]

The great earthquake of 1857, which became known as the Fort Tejon earthquake, was centered nearly 100 miles away. The earthquake became associated with the fort by name because the area near the epicenter was sparsely populated. The most reliable report of the event was issued from the fort, nearly 93 miles (149.7 km) distant.

The state historic park is listed on the National Register of Historic Places. Its original historic buildings have been documented by the Historic American Buildings Survey. Several buildings have been restored, and two are partially open to visitors. The restored barracks contain display cases of uniforms and a recreated troopers' quarters. The commanding officer's quarters have several restored and furnished rooms. Officers' quarters nearby are only stabilized in a state of arrested decay, with walls buttressed by masonry and lumber and tied together with reinforcing rods.

A quartermaster building has recently been reconstructed and houses materials used in Dragoon life and Civil War reenactments. The sites of former buildings, planned for reconstruction, are marked by split rail fences along the outlines of their foundations. A park office, containing exhibits of dragoon life and restrooms, is at the east end of the parade ground near the parking lot by Interstate 5.

The park grounds include the original barracks, where the soldiers slept, and also the grave site of Peter Lebeck, which is indicated with a historical marker. The nearby town of Lebec is named after him. [4]

The Fort Tejon earthquake occurred at about 8:20 AM (Pacific time) on January 9, 1857. It ruptured the San Andreas Fault for a length of about 350 kilometers (220 mi), between Parkfield and San Bernardino. Displacement along the fault was as much as 9 meters (30 feet) in the Carrizo Plain but less along the Palmdale section of the fault, closest to Los Angeles. The amount of fault slip gives this earthquake a moment magnitude of 7.9, comparable to that of the 1906 San Francisco earthquake. Based on the (uncertain) distribution of foreshocks for this earthquake, it is assumed that the beginning of the fault rupture (the epicenter) was in the area between Parkfield and Cholame, about 60 miles northwest. Nevertheless, it is usually called the "Fort Tejon" earthquake because this was the location of the greatest damage, most of the area being unpopulated at the time. 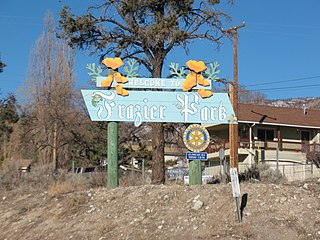 Lebec is an unincorporated area and census-designated place in southwestern Kern County, California. As of the 2010 census, the population was 1,468. 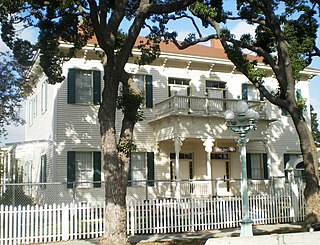 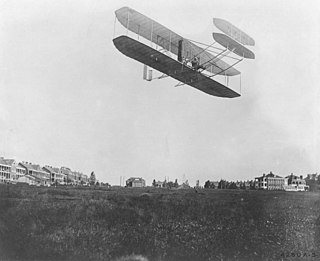 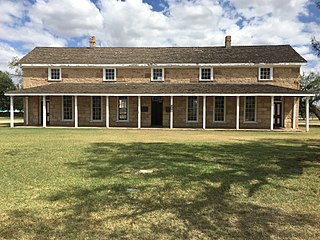 Fort Concho is a former United States Army installation and National Historic Landmark District located in San Angelo, Texas. It was established in November 1867 at the confluence of the Concho Rivers, situated on the Butterfield Overland Mail Route and Goodnight–Loving Trail. The US Army operated the fort for twenty-two years, from November 1867 to June 1889, and in that time the fort housed elements of fifteen US Cavalry and Infantry regiments. Initially, Fort Concho was the principal base of the 4th Cavalry and then between 1875 and 1882, the "Buffalo Soldiers" 10th Cavalry. The troops stationed at Fort Concho participated in Ranald S. Mackenzie's 1872 summer campaign, the Red River War in 1874, and the Victorio Campaign of 1879–1880.

Fort Towson was a frontier outpost for Frontier Army Quartermasters along the Permanent Indian Frontier located about two miles (3 km) northeast of the present community of Fort Towson, Oklahoma. Located on Gates Creek near the confluence of the Kiamichi River and the Red River in present-day Choctaw County, Oklahoma, it was named for General Nathaniel Towson. 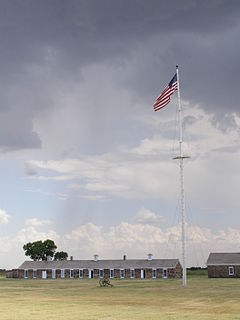 Fort Mifflin, originally called Fort Island Battery and also known as Mud Island Fort, was commissioned in 1771 and sits on Mud Island on the Delaware River below Philadelphia, Pennsylvania near Philadelphia International Airport. During the American Revolutionary War, the British Army bombarded and captured the fort as part of their conquest of Philadelphia in autumn 1777. In 1795 the fort was renamed for Thomas Mifflin, a Continental Army officer and the first post-independence Governor of Pennsylvania. The United States Army began to rebuild the fort in 1794 and continued to garrison and build on the site through the 19th century. It housed prisoners during the American Civil War. The army decommissioned Fort Mifflin for active duty infantry and artillery in 1962. However, while the older portion of the fort was returned to the City of Philadelphia, a portion of the fort's grounds are still actively used by the United States Army Corps of Engineers, making it the oldest fort in military use in the United States. Historic preservationists have restored the fort, which is now a National Historic Landmark.

New Fort York, later the Stanley Barracks, is a former British and Canadian military base in Toronto, Ontario, Canada, located on the Lake Ontario shoreline. It was built in 1840–1841 to replace Toronto's original Fort York at the mouth of Garrison Creek as the primary military base for the settlement. Unlike the older fort, many of the new fort buildings were made with limestone, instead of wood. A protective wall was planned for the new fort but was never built. The fort was used by the British army until 1870, and the Canadian military subsequently used the fort to train troops for the Second Boer War, World War I and World War II. It also trained one of the first regiments of the North-West Mounted Police. The Canadian military stopped using it after World War II and the fort was demolished in the 1950s. Only the Officers' Quarters building remains on the site. 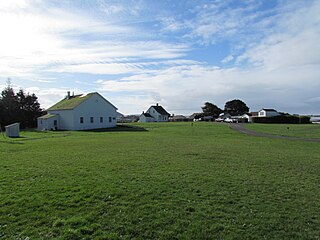 Fort Humboldt State Historic Park is a California state park, located in Eureka, California, United States. Displays interpret the former U.S. Army fort, which was staffed from 1853–1870, the interactions between European Americans and Native Americans in roughly the same period, and both logging equipment and local narrow gauge railroad history of the region. Within the collection, there are trains, logging equipment, including a fully functional Steam Donkey engine, and an authentic Native American dug-out canoe. The Fort overlooks Humboldt Bay from a commanding position atop a bluff. The North Coast regional headquarters of the California State Parks system is located onsite. 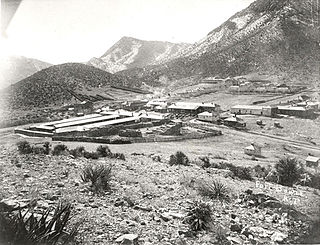 Fort Bowie was a 19th-century outpost of the United States Army located in southeastern Arizona near the present day town of Willcox, Arizona. The remaining buildings and site are now protected as Fort Bowie National Historic Site.

Fort Buford was a United States Army Post at the confluence of the Missouri and Yellowstone Rivers in Dakota Territory, present day North Dakota, and the site of Sitting Bull's surrender in 1881. 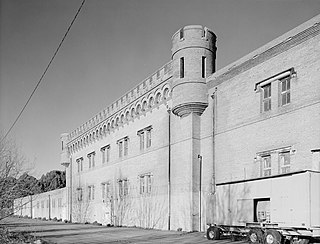 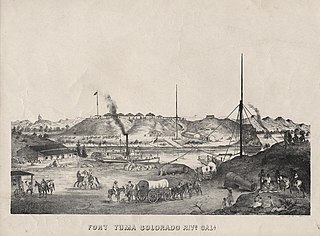 Fort Yuma was a fort in California located in Imperial County, across the Colorado River from Yuma, Arizona. It was on the Butterfield Overland Mail route from 1858 until 1861 and was abandoned May 16, 1883, and transferred to the Department of the Interior. The Fort Yuma Indian School and the Saint Thomas Yuma Indian Mission now occupy the site. It is one of the "associated sites" listed as Yuma Crossing and Associated Sites on the National Register of Historic Places in the Yuma Crossing National Heritage Area. In addition, it is registered as California Historical Landmark #806.

The Fort Tejon Historical Association (FTHA) is a historical society dedicated to preserving the historic site at Fort Tejon State Historic Park, in Kern County, California, and educating the public about the fort’s role in 19th century California and U.S. history. 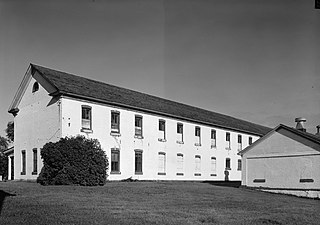 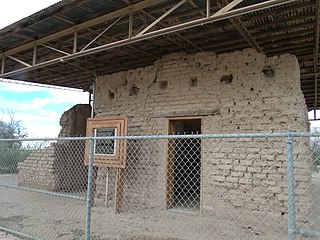 Fort Lowell was a United States Army post active from 1873 to 1891 on the outskirts of Tucson, Arizona. Fort Lowell was the successor to Camp Lowell, an earlier Army installation. The Army chose a location just south of the confluence of the Tanque Verde and Pantano creeks, at the point where they form the Rillito River, due to the year-round supply of water during that period. The Hohokam natives had chosen the site centuries earlier, presumably for the same reason. To this day, shards of Hohokam pottery can still be found in the area. The Army claimed a military reservation that encompassed approximately eighty square miles and extended east toward the Rincon Mountains. 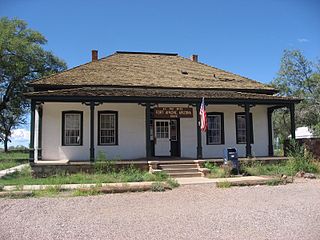 Fort Apache Historic Park is a tribal historic park of the White Mountain Apache, located at the former site of Fort Apache in the Fort Apache Indian Reservation. The park interprets the rich and troubled history of relations between the Apache and other Native American tribes at the fort, which was converted into a Bureau of Indian Affairs boarding school after its military use ended. The park, which covers 288 acres (117 ha) of the former fort and school, as well as a nearby military cemetery, form the National Historic Landmark Fort Apache and Theodore Roosevelt School historic district.