Louis Francis Edmunds was born into an orthodox Russian-Jewish family. His mother died when he was two years of age, whereupon his father emigrated to the United Kingdom, leaving Francis in the care of his grandparents until he was of an age to start school in England. He then joined his father in London, who had since acquired a second family with the sister of his first wife. On leaving school, Francis distanced himself from the faith of his family and embarked on a study of Medicine.

From 1922-24 he was part of a Quaker mission to Russia, distributing emergency rations on horseback to the starving farming population during the Bolshevik Revolution. On returning to England, his interests having switched from Medicine to Education, he was sent to a Quaker Friends School in Lebanon, and later taught at the International School in Geneva, Switzerland.

Through a friend he was introduced to Rudolf Steiner’s Anthroposophy, studied briefly at the Goetheanum in Dornach and became a member of the Anthroposophical Society in 1930. In England once again, he took up contact with the teachers of “The New School” (today Michael Hall) that had been founded in Streatham, South London in 1925. In 1932 he was asked to take on the first grade, which soon led to various other responsibilities in the school.

In 1936 his colleagues asked him to direct what was to become the Michael Hall Teacher Training Course, the first organised Steiner training in Britain, which he ran for years besides his teaching work.

During World War II, the school, now called Michael Hall, was evacuated to Minehead in Somerset. Here Edmunds began to write the Michael Hall News and held many lectures for the soldiers stationed there to guard the coastline. [1] After the War the school moved to Kidbrooke Hall Forest Row in Sussex. It was then that he began to travel extensively, mainly to the United States, in order to help the Waldorf Schools in those parts to develop. Besides this, he and his wife Elizabeth for many years ran the school hostel, living together with the boarders in Kidbrooke Mansion with their own three children. [2]

Concerned that the British Steiner schools begin consequentially to work together he founded and was chairman of the "Steiner Schools Fellowship” for many years. [2]

Finally, in 1962, he was able to found an adult education centre for Anthroposophy which he named Emerson College after the American Transcendentalist philosopher Ralph Waldo Emerson. He was able to attract a number of inspiring lecturers to work at the college with him, including John Davy, Michael Wilson, William Mann, Anthony Kay, Herbert Koepf and his wife Elizabeth. The college offered a Foundation Year in Anthroposophy followed by a further year in either Education, Biodynamics or various arts. By the 1979’s it had an annual enrollment of around 200 students.

In the last years of his life Edmunds began to write the books, particularly on Waldorf Education, that have become well known introductory works into these concepts.

A series of audio sessions, conducted by William Hearst II and recorded by John Swain, are available at SensingTheTruth.org. These recordings span approximately 7 hours over 4 sessions, and present an extended conversation with Edmunds on a variety of topics. 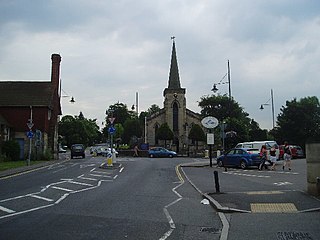 Forest Row is a village and a large civil parish in the Wealden District of East Sussex, England. The village is located three miles (5 km) south-east of East Grinstead.

Emil Molt was a German industrialist, social reformer and anthroposophist. He was the director of the Waldorf-Astoria-Zigarettenfabrik, and with Rudolf Steiner co-founded the first Waldorf school. Hence, Waldorf education was named after the company. 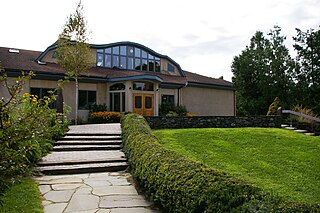 Waldorf education, also known as Steiner education, is based on the educational philosophy of Rudolf Steiner, the founder of anthroposophy. Its pedagogy strives to develop pupils' intellectual, artistic, and practical skills in an integrated and holistic manner. The cultivation of pupils' imagination and creativity in ways that serve their developmental needs is a strong focus.

Emerson College was founded in 1962 by Francis Edmunds. It is now situated on Pixton Hill, Forest Row in East Sussex, UK. It was named after Ralph Waldo Emerson, American poet and transcendentalist. For the past 50 years there has been an international community of students, teachers, and researchers living and studying on the site inspired by the philosophy and teachings of Rudolf Steiner—which he called Anthroposophy. A new book on the history of Emerson College has also been recently published.

John Charles Davy was a British journalist and science editor for The Observer, lecturer, vice-principal of Emerson College and Anthroposophist.

Michael Hall is an independent Steiner Waldorf school in Kidbrooke Park on the edge of Ashdown Forest in East Sussex. Founded in 1925, it is the oldest Steiner school in Britain, it has an enrolment of 400 students aged between three (Kindergarten) and eighteen. The school owns a large amount of land.

Michael Wilson, was a musician, curative educator, scientist, translator and General Secretary of the Anthroposophical Society in Great Britain