Last updated May 24, 2022
Australian politician (1865–1940)
Not to be confused with F. Anstey, pseudonym of British author Thomas Anstey Guthrie.

Francis George "Frank" Anstey (18 August 1865 –31 October 1940) was an Australian politician who served as a member of the House of Representatives from 1910 to 1934,representing the Labor Party. He was Minister for Health and Minister for Repatriation in the Scullin Government from 1929 to 1931.

Anstey was born in London,England,the son of an iron-miner,who died five months before he was born,and he had little formal education. He stowed away on a passenger ship when he was 11 and arrived in Melbourne in 1877. He then spent ten years working on ships to the South Pacific islands. After spending a period as an itinerant worker (a "swaggie" in Australian slang),he moved to Sale,where he met Katherine Mary Bell McColl. They married in 1887 and had two sons. He became a cleaner in Melbourne,where he soon became involved in politics. He worked on the Melbourne tramways and became President of the Tramways Employees Union. Self-educated,he wrote extensively for Labor newspapers such as The Tocsin and Labor Call. [1] [2]

In 1902 Anstey was elected as a Labor member of the Victorian Legislative Assembly for East Bourke Boroughs, [3] and from 1904 he was member for Brunswick,both electorates being in the working-class suburbs of Melbourne. He switched to federal politics at the 1910 election,winning the seat of Bourke in the House of Representatives. [1]

Despite his English birth,Anstey was an Australian nationalist. He saw Australia as an economic colony of the finance houses of the City of London,which,like many in the labour movement at this time,he described as the "money power". His views are typified by this passage from a 1907 editorial in the newspaper of the Australian Workers' Union:

The Money Power! It is the greatest power on Earth; and it is arrayed against Labour. No other power that is or ever was can be named with it.... It attacks us through the press – a monster with a thousand lying tongues, a beast surpassing in foulness any conceived by the mythology that invented dragons, wehr wolves, harpies, ghouls and vampires. It thunders against us from innumerable platforms and pulpits. The mystic machinery of the churches it turns into an engine of wrath for our destruction.

In 1914 Australia, under the Labor government of Andrew Fisher, entered the First World War on the side of Britain. Anstey was one of the few Labor members who opposed the war from the start, and as a result he was highly unpopular for a time. By 1917, however, anti-war sentiment was growing and Anstey became one of the leaders of the movement against conscription for the war. [1]

Anstey published a book called The Kingdom of Shylock, in which he described the "money power" which he said controlled and manipulated capitalism from behind the scenes. "London is, so far, the web centre of international finance," he wrote. "In London are assembled the actual chiefs or the representatives of the great financial houses of the world. The Money Power is something more than Capitalism. These men constitute the Financial Oligarchy. No nation can be really free where this financial oligarchy is permitted to hold dominion, and no 'democracy' can be aught but a name that does not shake it from its throne."

Anstey described this system as the "Black Masonic Plutocracy": "These men constitute the Financial Oligarchy, this group of speculators properly designated and distinguished as the Money Power, controls the whole mechanism of exchange, and all undertakings in the field of industry are subject to its will and machinations. It wields an unseen sceptre over thrones and populations, and bloody slaughter is as profitable to its pockets as the most peaceful peculation."

"In The Kingdom of Shylock Anstey identified the leaders of the "money power" in London as a group of private financiers associated with the circles of the Morgan family in the United States. "After Medina came the Jew, Manasseh Lopes," Anstey wrote. "Then came Samson Gideon and the Goldsmids – Abraham and Benjamin. They were succeeded by the Rothschilds."

The fact that some of Anstey's prominent targets were Jewish has caused critics to accuse him of anti-Semitism. The Australian labour historian Peter Love writes: "The anti-Semitism in The Kingdom of Shylock was no aberration. It arose from the logic of his [Anstey's] analysis combined with the cultural tradition of which he was a part. The vulgarities of Christian mythology had built up an accretion of hatred and suspicion towards Jews over many centuries. The resulting stereotype of the greedy and cunning Jewish financier was a commonplace convention in the writings of British radicals and American populists. It was also a persistent theme among Australian labour radicals. [5]

Following Labor's win at the 1929 election, Anstey became Minister for Health and Minister for Repatriation in the government of Prime Minister James Scullin. But Scullin's government soon fell victim to the Great Depression. Anstey supported the Premier of New South Wales, Jack Lang, who advocated repudiating Australia's debts to British bondholders (see debt moratorium) and using the funds to create employment in order to increase production. This may be compared to Franklin D. Roosevelt's "New Deal." In March 1931 Anstey was dumped from the Ministry by the Labor Caucus for supporting the "Lang Plan". [1]

Despite this, Anstey did not follow Lang out of the Labor Party. Demoralized and cynical, he stayed on the backbench until his retirement at the 1934 election, when he and his wife moved to Sydney. After his wife's death he moved back to Melbourne, where he died of cancer. [1] Ironically, he had devoted his last years to financial speculation and had become a wealthy man.

Anstey is principally remembered as the mentor of John Curtin, on whom he had a great influence in Curtin's early years. Like Curtin, he was a heavy drinker. He wrote extensive unpublished memoirs, but burned them shortly before his death. It is often rumoured that he burned them in a drunken rage, but this is unsubstantiated. Frank Hardy wrote in his book The Hard Way that Frank Anstey received a visit from John Wren (immortalised as "John West" in Hardy's other book Power Without Glory ), who asked Anstey to eradicate any reference to him in Anstey's memoirs, to prevent them from becoming an exposé of Wren's gambling empire.

Anstey railway station in Melbourne was named in Anstey's honour.

John Curtin was an Australian politician who served as the 14th prime minister of Australia from 1941 until his death in 1945. He led the country for the majority of World War II, including all but the last few weeks of the war in the Pacific. He was the leader of the Australian Labor Party (ALP) from 1935 to 1945, and its longest serving leader until Gough Whitlam. 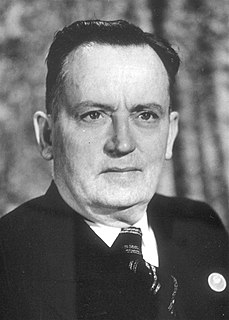 James Henry Scullin was an Australian Labor Party politician and the ninth Prime Minister of Australia. Scullin led Labor to government at the 1929 election. He was the first Catholic, as well as Irish-Australian, to serve as Prime Minister of Australia. The Wall Street Crash of 1929 transpired just two days after his swearing in, which would herald the beginning of the Great Depression in Australia. Scullin's administration would soon be overwhelmed by the economic crisis, with interpersonal and policy disagreements causing a three-way split of his party that would bring down the government in late 1931. Despite his chaotic term of office, Scullin remained a leading figure in the Labor movement throughout his lifetime, and served as an éminence grise in various capacities for the party until his retirement in 1949.

Edward Granville Theodore was an Australian politician who served as Premier of Queensland from 1919 to 1925, as leader of the state Labor Party. He later entered federal politics, serving as Treasurer in the Labor Scullin Government. 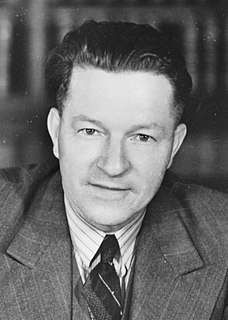 John Smith "Jock" Garden was an Australian clergyman, trade unionist and politician. He was one of the founders of the Communist Party of Australia. 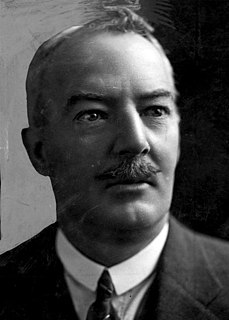 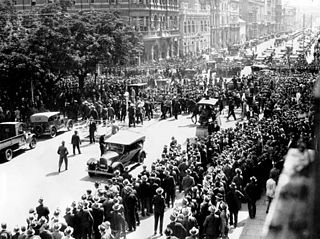 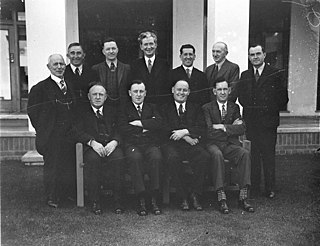 John Albert Beasley was an Australian politician who was a member of the House of Representatives from 1928 to 1946. He served in the Australian War Cabinet from 1941 to 1946, and was a government minister in the Curtin and Chifley Governments. Beasley was a member of the Australian Labor Party, although on two occasions he left the party to join the breakaway Lang Labor groups, leading the faction in federal parliament. He concluded his career as High Commissioner to the United Kingdom from 1946 until his death in 1949. 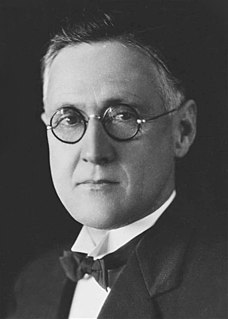 Norman John Oswald Makin AO was an Australian politician and diplomat. He was an Australian Labor Party member of the Australian House of Representatives from 1919 to 1946 for Hindmarsh, from 1954 to 1955 for Sturt, and from 1955 to 1963 for Bonython. He was Speaker of the Australian House of Representatives from 1929 to 1932 and served as Minister for the Navy, Minister for Munitions (1941–1946) and Minister for Aircraft Production (1945–1946) under John Curtin, Frank Forde and Ben Chifley. He was the first President of the United Nations Security Council in 1946, and served as Ambassador to the United States from 1946 to 1951.

The Victorian Socialist Party (VSP) was a socialist political party in the Australian state of Victoria during the early 20th century. 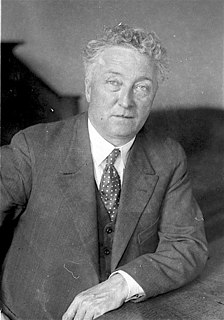 The Australian Labor Party held a leadership election on 1 October 1935, following the resignation of James Scullin. John Curtin was elected as his replacement, defeating Frank Forde and Norman Makin, and consequently became Leader of the Opposition.