Resnik was born in Pleasant Unity, Pennsylvania. After graduating from high school, he joined the United States Army where he became an instructor and first field sergeant. After his service in the Army, Resnik attended Saint Vincent College in Latrobe, Pennsylvania, on a football scholarship. In 1952, he graduated with a degree in chemistry, and began his career as a research chemist with Philip Morris, in Richmond, Virginia. He later received a master's degree in chemistry from the University of Richmond in Richmond, Virginia.

In 1980, Resnik was named executive vice president of Philip Morris' Tobacco Technology Group. In 1984, he was named president and CEO of Philip Morris USA. In 1989, he became chairman of that company. In January 1991, after 38 years with Philip Morris, Resnik retired and moved to Jupiter, Florida.

During his career in the tobacco industry, Resnik contributed 30 articles to scientific literature. In 1988, he received the Horatio Alger Award. 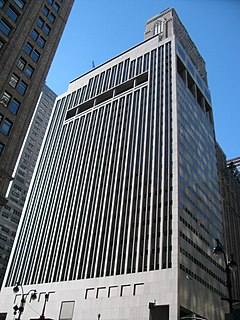 Altria Group, Inc. is an American corporation and one of the world's largest producers and marketers of tobacco, cigarettes and related products. It operates worldwide and is headquartered in unincorporated Henrico County, Virginia, just outside the city of Richmond. 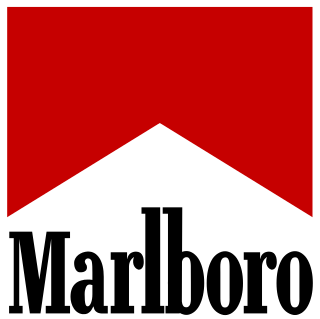 Allen Harold "Al" Neuharth was an American businessman, author, and columnist born in Eureka, South Dakota. He was the founder of USA Today, The Freedom Forum, and its Newseum.

Scripps Research, previously known as The Scripps Research Institute (TSRI), is a nonprofit American medical research facility that focuses on research and education in the biomedical sciences. Headquartered in La Jolla, California, with a sister facility in Jupiter, Florida, the institute has over 200 laboratories employing 2,400 scientists, technicians, graduate students, and administrative and other staff, making it the largest private, non-profit biomedical research organization in the United States and among the largest in the world.

Louis Carey Camilleri is the former CEO of Ferrari and chairman of Philip Morris International. He resigned from both positions with immediate effect on 10 December 2020, citing personal reasons.

Bennett S. LeBow is an American businessman and philanthropist. He is the current chairman of the board of Vector Group. 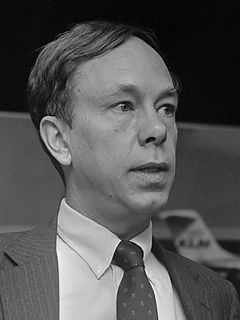 Alexander Stanley Kroll is a former professional American football player and a retired advertising agency executive at Young & Rubicam, where he served as CEO for ten years.

John H. Dasburg, grew up in Miami, Florida and graduated from Miami High School. He served in the United States Navy during the Vietnam War. He attended the University of Florida for college, and used the GI Bill to get his MBA also from UF. He was one of the youngest name partners at Peat, Marwick Mitchell accounting firm, and went on to become one of the senior members of the executive team at Marriott. He later accepted a position with Northwest Airlines, and became the CEO in 1990. He is credited with saving the airline from bankruptcy in the early 1990s. He served as chairman, CEO, and president of Burger King and chairman and CEO of DHL Airways. He is currently Chairman and CEO of ASTAR Air Cargo, Inc.

Joseph Frederick Cullman III was an American businessman, CEO of Philip Morris Company from 1957 to 1978 and tennis aficionado.

Michael Jackson is the current Chief Executive Officer and former Executive Chairman of the Board of Directors of AutoNation, Inc. Under his guidance the organization became the largest automotive retailer in the United States, using a more customer-focused, transparent and contemporary business model.

Stewart Enterprises, Inc. was the second largest provider of funeral and cemetery services in the United States. The company is headquartered in Jefferson, Louisiana and employs nearly 5,400 people in 218 funeral homes and 140 cemeteries in 24 states and Puerto Rico. The company was publicly traded and listed on NASDAQ under the ticker symbol STEI. Frank B. Stewart, Jr. serves as chairman of the board. Thomas J. Crawford is president and chief executive officer. Thomas M. Kitchen is senior executive vice president and chief financial officer. In December 2013, Service Corporation International completed its previously announced acquisition of Stewart Enterprises at a $1.4 billion price.

Louis Francis Bantle was an American business executive who led UST Inc. and its U.S. Smokeless Tobacco Company subsidiary, overseeing a dramatic rise in the popularity of its Copenhagen and Skoal brands of dipping tobacco, as well as introducing versions of its tobacco products such as Skoal Bandits that became popular with young adult males in the United States taking 80% of the country's market for chewing tobacco.

Resnik is a surname. Notable people with the surname include:

Edgar S. Woolard Jr. is an American businessman. He was chairman and chief executive officer of DuPont from 1989 to 1995.

Naugle v. Philip Morris was a landmark 2009 court case in which a jury awarded the plaintiff Lucinda Naugle $300 million. The award included $56.6 million in compensatory damages for medical expenses and $244 million in punitive damages. At the time, the verdict was the largest award given to an individual suing a tobacco company, and was featured on NBC, ABC, 60 Minutes, and The New York Times. In 2012, the verdict amount for punitive damages was reduced to $36.8 million.