A lyricist or lyrist is a person who writes lyrics—words for songs—as opposed to a composer, who writes the song's melody.

Most of Eyton's work was collaborations with Noel Gay and Billy Mayerl in London-based musical theatre. With Mayerl as composer, Eyton co-wrote with Desmond Carter the lyrics for the celebrated sequence "Side by Side" from Over She Goes (filmed 1938). His most successful play was the 1948 musical farce, Bob's Your Uncle, written in collaboration with Gay. [2]

Noel Gay was born Reginald Moxon Armitage. He also used the name Stanley Hill professionally. He was a successful British composer of popular music of the 1930s and 1940s whose output comprised 45 songs as well as the music for 28 films and 26 London shows. Sheridan Morley has commented that he was "the closest Britain ever came to a local Irving Berlin".

William Joseph Mayerl was an English pianist and composer who built a career in music hall and musical theatre and became an acknowledged master of light music. Best known for his syncopated novelty piano solos, he wrote over 300 piano pieces, many of which were named after flowers and trees, including his best-known composition, Marigold (1927). He also ran the successful School of Syncopation for whose members he published hundreds of his own arrangements of popular songs.

With Gay, Eyton wrote the popular song "All Over The Place" for the 1940 film Sailors Three and the songs for the 1942 film Let the People Sing. He was also one of the soundtrack writers of Body and Soul , a successful boxing film from 1947. [2]

Body and Soul is a 1947 American film noir sports drama directed by Robert Rossen, and features John Garfield, Lilli Palmer, Hazel Brooks, Anne Revere and William Conrad. The film, written by Abraham Polonsky with cinematography by James Wong Howe, is considered by some to be high among the best films about boxing, it's also a cautionary tale about the lure of money—and how it can derail even a strong common man in his pursuit of success.

Ira Gershwin was an American lyricist who collaborated with his younger brother, composer George Gershwin, to create some of the most memorable songs of the 20th century.

Jerome David Kern was an American composer of musical theatre and popular music. One of the most important American theatre composers of the early 20th century, he wrote more than 700 songs, used in over 100 stage works, including such classics as "Ol' Man River", "Can't Help Lovin' Dat Man", "A Fine Romance", "Smoke Gets in Your Eyes", "The Song Is You", "All the Things You Are", "The Way You Look Tonight", "Long Ago " and "Who?". He collaborated with many of the leading librettists and lyricists of his era, including George Grossmith Jr., Guy Bolton, P. G. Wodehouse, Otto Harbach, Oscar Hammerstein II, Dorothy Fields, Johnny Mercer, Ira Gershwin and E. Y. Harburg. 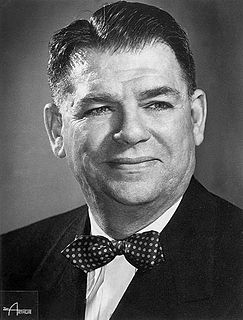 Oscar Greeley Clendenning Hammerstein II was an American librettist, theatrical producer, and theatre director of musicals for almost 40 years. He won eight Tony Awards and two Academy Awards for Best Original Song. Many of his songs are standard repertoire for vocalists and jazz musicians. He co-wrote 850 songs.

Frank Henry Loesser was an American songwriter who wrote the lyrics and music to the Broadway musicals Guys and Dolls and How To Succeed In Business Without Really Trying, among others. He won separate Tony Awards for the music and lyrics in both shows, as well as sharing the Pulitzer Prize for Drama for the latter. He also wrote numerous songs for films and Tin Pan Alley, many of which have become standards, and was nominated for five Academy Awards for best song, winning once, for "Baby, It's Cold Outside". 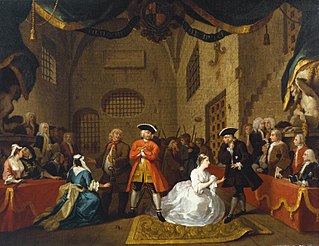 The Beggar's Opera is a ballad opera in three acts written in 1728 by John Gay with music arranged by Johann Christoph Pepusch. It is one of the watershed plays in Augustan drama and is the only example of the once thriving genre of satirical ballad opera to remain popular today. Ballad operas were satiric musical plays that used some of the conventions of opera, but without recitative. The lyrics of the airs in the piece are set to popular broadsheet ballads, opera arias, church hymns and folk tunes of the time. 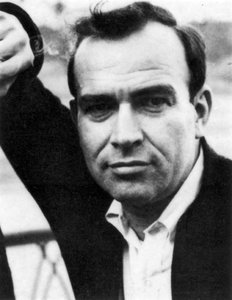 Fred Ebb was an American musical theatre lyricist who had many successful collaborations with composer John Kander. The Kander and Ebb team frequently wrote for such performers as Liza Minnelli and Chita Rivera.

Harold Arlen was an American composer of popular music who composed over 500 songs, a number of which have become known worldwide. In addition to composing the songs for the 1939 film The Wizard of Oz, including the classic "Over the Rainbow", Arlen is a highly regarded contributor to the Great American Songbook. "Over the Rainbow" was voted the 20th century's No. 1 song by the Recording Industry Association of America (RIAA) and the National Endowment for the Arts (NEA).

Stephen Lawrence Schwartz is an American musical theatre lyricist and composer. In a career spanning over four decades, Schwartz has written such hit musicals as Godspell (1971), Pippin (1972), and Wicked (2003). He has contributed lyrics for a number of successful films, including Pocahontas (1995), The Hunchback of Notre Dame (1996), The Prince of Egypt, and Enchanted (2007). Schwartz has won the Drama Desk Award for Outstanding Lyrics, three Grammy Awards, three Academy Awards, and has been nominated for six Tony Awards. He received the 2015 Isabelle Stevenson Award, a special Tony Award, for his commitment to serving artists and fostering new talent.

Leslie Bricusse is an English composer, lyricist, and playwright, most prominently working in musicals and also film theme songs.

James Francis McHugh was an American composer. One of the most prolific songwriters from the 1920s to the 1950s, he is credited with over 500 songs. His songs were recorded by many artists, including Chet Baker, June Christy, Bing Crosby, Deanna Durbin, Ella Fitzgerald, Judy Garland, Adelaide Hall, Billie Holiday, Bill Kenny, Peggy Lee, Carmen Miranda, Nina Simone, and Dinah Washington.

A nippy was a waitress who worked in the J. Lyons & Co tea shops and cafés in London. Beginning in the late 19th century, a J. Lyons waitress was called a "Gladys". From 1926, because the waitresses nipped around the tea shops, the term "Nippy" came into use. Nippies wore a distinctive maid-like uniform with a matching hat.

Mort Shuman was an American singer, pianist and songwriter, best known as co-writer of many 1960s rock and roll hits, including "Viva Las Vegas". He also wrote and sang many songs in French, such as "Le Lac Majeur", "Allo Papa Tango Charlie", "Sha Mi Sha", "Un Eté de Porcelaine", and "Brooklyn by the Sea" which became hits in France. 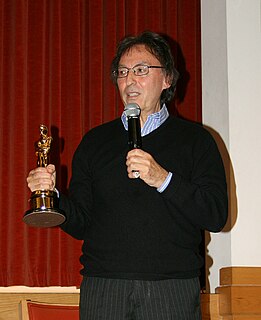 Robert Sour (1905–1985) was a lyricist and composer, and the president of Broadcast Music Incorporated (BMI).

"I Love the Nightlife " is a popular disco song recorded by Alicia Bridges in 1978. It went to number two for two weeks on the disco chart. The song crossed over to the pop and soul charts peaking at number five on the Billboard pop charts, and number thirty-one on the soul chart.

The Big Gay Musical is a 2009 gay-themed musical-comedy film written by Fred M. Caruso and co-directed by Caruso and Casper Andreas. The film follows a brief period in the lives of two young actors, one who is openly gay, the other closeted to his parents. The openly gay actor struggles with whether he should be sexually promiscuous or seek a life partner, while the closeted one wonders if he should come out to his conservative, religious parents.

In the 1930s in jazz, swing jazz emerged as a dominant form in American music, in which some virtuoso soloists became as famous as the band leaders. Key figures in developing the "big" jazz band included bandleaders and arrangers Count Basie, Cab Calloway, Jimmy and Tommy Dorsey, Duke Ellington, Benny Goodman, Fletcher Henderson, Earl Hines, Glenn Miller, and Artie Shaw. Duke Ellington and his band members composed numerous swing era hits that have become standards: "It Don't Mean a Thing " (1932), "Sophisticated Lady" (1933) and "Caravan" (1936), among others. Other influential bandleaders of this period were Benny Goodman and Count Basie.