Frank Leroy Farrar (born April 2, 1929) is an American politician who was the 24th Governor of South Dakota. A Republican from Britton, he served as the state's attorney general from 1963 to 1969, and as governor from 1969 to 1971. After leaving office, he chaired several holding companies and became the owner of numerous banks. [2]

Farrar earned a B.S. from the University of South Dakota an LL.B degree from the University of South Dakota School of Law. He did not take the bar exam as he was admitted to the South Dakota bar under the state's diploma privilege. He was in the US Army Reserve from 1949 through 1953, and on active duty during the Korean War from 1953 to 1955. [3] He married the former Patricia Henley on June 5, 1953, in Fort Benning, Georgia, where he was stationed in the U.S. Army. [4]

After the Korean War ended, Farrar was an Internal Revenue Agent until 1957. He was a judge in 1958. Farrar served as State's Attorney for Marshall County from 1959 to 1962. He also served as President of the States Attorneys Association. [5] He was Attorney General for South Dakota from 1963 to 1969. [6]

On May 22, 1962, Farrar announced that he was running for Attorney General. Sterling Clark, of Belle Fourche, also ran for the Republican nomination for Attorney General. [7] Farrar won the nomination with 96,608 1/2 vote to 57,339 1/2 votes for Clark. [8] Farrar went on to defeat Democrat Thomas E. Poe of Vermillion, South Dakota, in the general election. [9] Poe had replaced Democrat William Day of Winner, South Dakota, who resigned his candidacy for business reasons. [10]

On July 1, 1964, Farrar sought re-nomination as Attorney General. [11] He was re-elected in the general election with 157,848 votes defeating Democrat William C. Grady who received 125,047. [12] In the general election Farrar ran against Democrat Robert M. Swanson. [13] Farrar won a third term with 141,734 votes to 79,670 for Swanson. With Farrar's election to a third term as Attorney there was much speculation that he would be the heir apparent for Republican Gubernatorial nomination in 1968. [14] Elected Governor, he served in that capacity from January 7, 1969 to January 5, 1971.

Farrar has over 17,000 hours of logged piloting time. He is also an avid athlete, completing the Kona Ironman Competition at age 73, a decade after surviving lymphatic cancer. [15] He also holds the 9th fastest finishing time in the Coeur D’Alene Ironman in the 70+ Men's division. He completed the 2003 race in 16:48:49. [16] His wife, former First Lady of South Dakota Patricia Farrar, who was also a Senior Olympian, died on October 31, 2015, at the age of 84. [17]

The 1964 United States Senate elections coincided with the election of President Lyndon B. Johnson by an overwhelming majority, to a full term. His Democratic Party picked up a net two seats from the Republicans. As of 2020, this is the last time either party has had a two-thirds majority in the Senate, which would have hypothetically allowed the Senate Democrats to override a veto, convict and expel certain officials, or invoke cloture without any votes from Republicans. The Senate election coincided with Democratic gains in the House in the same year. 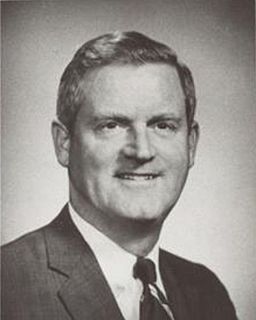 Abner Linwood "Lin" Holton Jr. is an American politician, Virginia political figure and attorney. He served as the 61st Governor of Virginia, from 1970 to 1974 and was the first Republican governor of Virginia in the 20th Century. 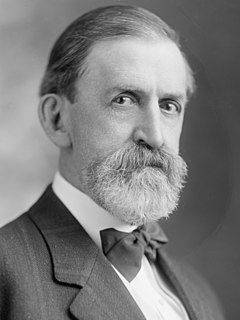 In the United States Senate elections of 1912 and 1913, Democrats gained control of the Senate from the Republicans. Of the 22 seats up for election, 17 were won by Democrats, thereby gaining 4 seats from the Republicans. Two seats were unfilled by state legislators who failed to elect a new senator on time. They were the last Senate elections held before ratification of the 17th Amendment, which established direct elections for all seats in the Senate. 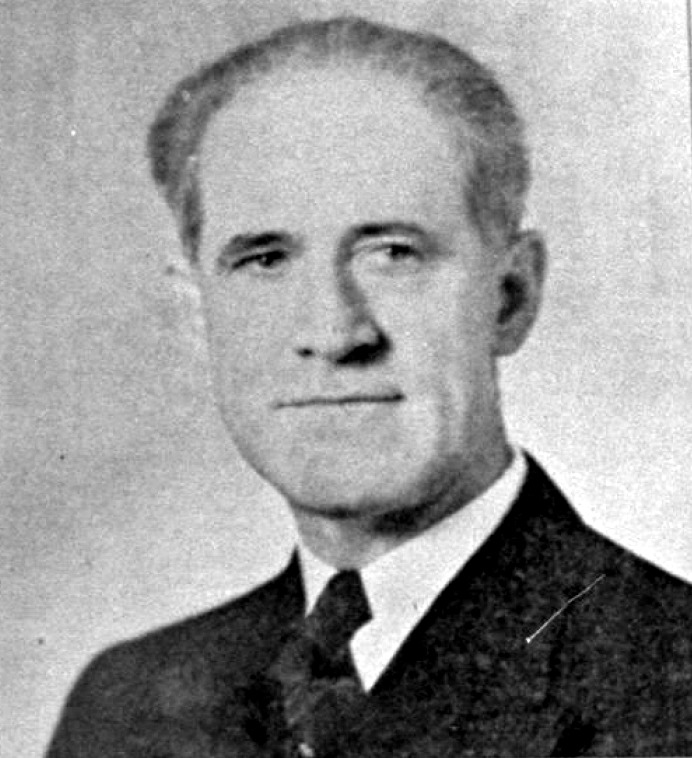 Harlan John Bushfield was an American politician from South Dakota. He served as the 16th Governor of South Dakota and as a United States Senator. 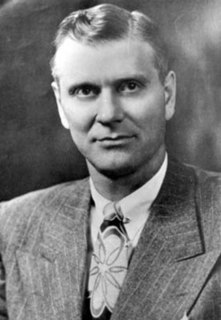 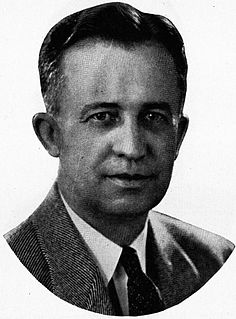 Sigurd Anderson was the 19th Governor of South Dakota. Anderson, a Republican from Webster, South Dakota, served in that office from 1951 to 1955. 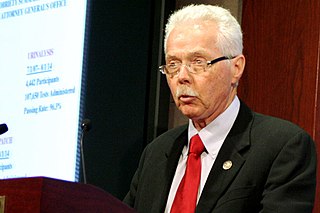 Larry Long is an American judge and the former 29th Attorney General of the state of South Dakota, United States. A Republican, he was first elected Attorney General in 2002 and left office in 2009 to accept an appointment by Gov. Mike Rounds to a judgeship in the state’s Second Judicial District.

The Attorney General of South Dakota is the state attorney general of the U.S. state of South Dakota. The attorney general is elected by popular vote to a four-year term and holds an executive position as the state's chief legal officer. In 1992, the voters approved a Constitutional Amendment to limit all constitutional officers and the governor to two consecutive four year terms. 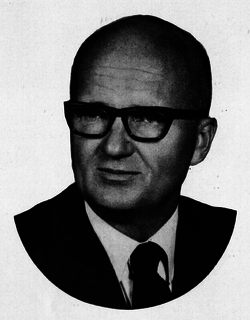 Kermit A. Sande is an American politician and attorney in the state of South Dakota. He served as Attorney General of South Dakota from 1973 to 1975, as a Democrat. 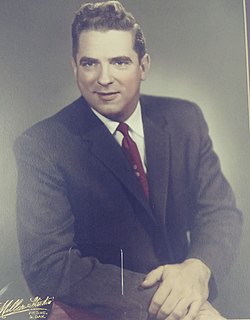 Phil Saunders was a soldier who fought in World War II, an American attorney and 19th Attorney General of South Dakota from 1955 to 1959. Born in Milbank, South Dakota, he was married to the niece of U.S. Senator Francis Case.

The 1968 South Dakota gubernatorial election was held on November 5, 1968.

John Frank Lindley was an American attorney and politician. He served in the South Dakota House of Representatives and as Lieutenant Governor of South Dakota.