Frank Hyneman Knight (November 7, 1885 – April 15, 1972) was an American economist who spent most of his career at the University of Chicago, where he became one of the founders of the Chicago School. Nobel laureates Milton Friedman, George Stigler and James M. Buchanan were all students of Knight at Chicago. Ronald Coase said that Knight, without teaching him, was a major influence on his thinking. [1] F.A. Hayek considered Knight to be one of the major figures in preserving and promoting classical liberal thought in the twentieth century. [2] Paul Samuelson named Knight (along with Harry Gunnison Brown, Allyn Abbott Young, Henry Ludwell Moore, Wesley Clair Mitchell, Jacob Viner, and Henry Schultz) as one of the several "American saints in economics" born after 1860. [3]

Knight (B.A., Milligan College, 1911; B.S. and A.M., Tennessee, 1913; Ph.D., Cornell, 1916) was born in 1885 in McLean County, Illinois, the son of Julia Ann (Hyneman) and Winton Cyrus Knight. [4] After his early study at the University of Tennessee, most of his academic career was spent at the University of Chicago, where he was the Morton D. Hall Distinguished Service Professor of Social Science and Philosophy. Knight was one of the world's leading economists, having made significant contributions to many problems of both economic theory and social philosophy. He is best known for his Risk, Uncertainty and Profit, a monumental study of the role of the entrepreneur in economic life. [5] In 1950 he was president of the American Economic Association and in 1957 the recipient of its coveted Francis A. Walker Award, given "not more frequently than once every five years to the living (American) economist who in the judgment of the awarding body has during his career made the greatest contribution to economics." His ashes are interred in the crypt of First Unitarian Church of Chicago.

Knight is best known as the author of the book Risk, Uncertainty and Profit (1921), based on his Ph.D. dissertation at Cornell University. In that book, he carefully distinguished between economic risk and uncertainty. Situations with risk were those where the outcomes were unknown but governed by probability distributions known at the outset. He argued that these situations, where decision making rules such as maximising expected utility can be applied, differ in a deep way from "uncertain" ones, in which not only the outcomes, but even the probability models that governed them, were unknown. Knight argued that uncertainty gave rise to economic profits that perfect competition could not eliminate.

While most economists now acknowledge Knight's distinction between risk and uncertainty, the distinction has not resulted in much theoretical modelling or empirical work. However, the Knightian concept of uncertainty has been recognized in a variety of works: John Maynard Keynes discussed it at length in his Treatise on Probability; Armen Alchian relied on it for discussing market behavior in his seminal paper Uncertainty, Evolution and Economic Theory; Paul Davidson incorporated it as an essential element in the Post Keynesian school of economics he co-founded; and G.L.S. Shackle explored the methodological consequences of Knight's and Keynes's fundamental uncertainty in his Epistemics and Economics. A more model-oriented contribution is the "Markets from Networks" model developed by sociologist Harrison White from 2002.

Knight also famously debated A. C. Pigou about social costs. He also contributed to the argument for toll roads. He said that rather than congestion justifying government tolling of roads, privately owned roads would set tolls to reduce congestion to its efficient level. In particular, he developed the argument that forms the basis of analysis of traffic equilibrium, which has since become known as Wardrop's Principle:

Suppose that between two points there are two highways, one of which is broad enough to accommodate without crowding all the traffic which may care to use it, but is poorly graded and surfaced; while the other is a much better road, but narrow and quite limited in capacity. If a large number of trucks operate between the two termini and are free to choose either of the two routes, they will tend to distribute themselves between the roads in such proportions that the cost per unit of transportation, or effective returns per unit of investment, will be the same for every truck on both routes. As more trucks use the narrower and better road, congestion develops, until at a certain point it becomes equally profitable to use the broader but poorer highway.

Knight was a co-founder and vice president of the Mont Pelerin Society of like-minded economists. [6]

Knight was raised Christian, but later became an atheist. [7]

Friedrich August von Hayek, often referred to by his initials F. A. Hayek, was an Austrian-British economist and philosopher who is best known for his defence of classical liberalism. Hayek shared the 1974 Nobel Memorial Prize in Economic Sciences with Gunnar Myrdal for his work on economics. His account of how changing prices communicate information that helps individuals coordinate their plans is widely regarded as an important achievement in economics, leading to his prize. 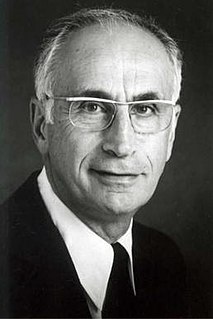 Philosophy and economics, also philosophy of economics, studies topics such as rational choice, the appraisal of economic outcomes, institutions and processes, the status of highly idealized economic models, the ontology of economic phenomena and the possibilities of acquiring knowledge of them.

Tibor de Scitovsky, also known as Tibor Scitovsky, was a Hungarian born, American economist who was best known for his writing on the nature of people's happiness in relation to consumption. He was Associate Professor and Professor of Economics at Stanford University from 1946 through 1958 and Eberle Professor of Economics from 1970 until his retirement in 1976, when he became Professor Emeritus. In honor of his deep contributions to economic analysis, he was elected Distinguished Fellow of the American Economic Association, Fellow of the Royal Economic Society, member of the American Academy of Arts and Sciences, and Corresponding Fellow of the British Academy. 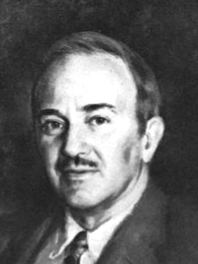 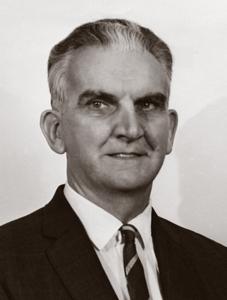 Kenneth Ewart Boulding was an English-born American economist, educator, peace activist, and interdisciplinary philosopher. He published over 36 books and over 112 articles. Boulding was the author of two citation classics: The Image: Knowledge in Life and Society (1956) and Conflict and Defense: A General Theory (1962). He was co-founder of general systems theory and founder of numerous ongoing intellectual projects in economics and social science. He was married to sociologist Elise M. Boulding.

Leo Rogin was an American economist, economic historian and historian of economic thought.