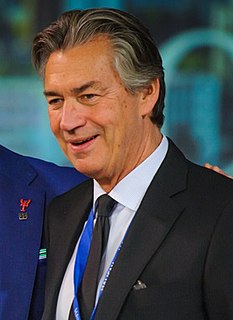 The Winnipeg Free Press is a daily broadsheet newspaper in Winnipeg, Manitoba, Canada. It provides coverage of local, provincial, national, and international news, as well as current events in sports, business, and entertainment, while various consumer-oriented features such as homes and automobiles appear on a weekly basis.

CBWT-DT, virtual channel 6.1, is a CBC Television owned-and-operated station licensed to Winnipeg, Manitoba, Canada. The station is owned by the Canadian Broadcasting Corporation, as part of a twinstick with Ici Radio-Canada Télé station CBWFT-DT. The two stations share studios on Portage Avenue and Young Street in Downtown Winnipeg; CBWT-DT's transmitter is located near Red Coat Trail/Highway 2 in Macdonald.

Jon Gerrard is a politician in Manitoba, Canada. He was a Member of Parliament (MP) from 1993 to 1997, and was a secretary of state in the government of Jean Chrétien. He was the leader of the Manitoba Liberal Party from 1998 until 2013, and the member of the Legislative Assembly of Manitoba for River Heights since 1999.

Stuart Murray is a former politician from Manitoba, Canada. He served as leader of the Progressive Conservative Party of Manitoba and leader of the opposition in the Manitoba legislature from 2000 to 2006. From 2006 until 2009, Murray was the President and Chief Executive Officer of the St. Boniface Hospital Research Foundation. He subsequently served as director and chief executive officer of the Canadian Museum for Human Rights from 2009 to 2014.

John Harvard, was a Canadian journalist, politician and office holder in Manitoba. He served as a federal Member of Parliament from 1988 to 2004, and was appointed the 23rd Lieutenant Governor of Manitoba just before Canada's 2004 federal election. 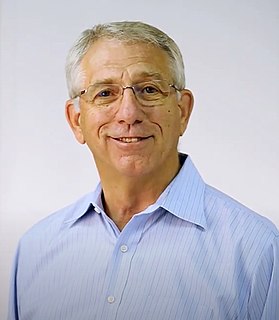 Larry Maguire is a politician and activist farmer in Manitoba, Canada. Formerly a Progressive Conservative MLA in the Legislative Assembly of Manitoba, he was elected to the House of Commons of Canada in a by-election on November 25, 2013. He is a member of the Conservative Party of Canada and sits on the House Standing Committee on Human Resources, Skills and Social Development and the Status of Persons with Disabilities and the House Standing Committee on Public Safety and National Security.

Earl Phillip Dawson was a Canadian ice hockey administrator, politician and civil servant. He rose to prominence in Canadian hockey when he served as president of the Manitoba Amateur Hockey Association from 1958 to 1963. He established a council to reverse the decline of hockey in rural Manitoba and saw the association continually increase its registrations by spending more per player to develop minor ice hockey than other provinces in Canada. Dawson became chairman of the Canadian Amateur Hockey Association (CAHA) rules committee and organized the first nationwide clinic for referee instructors to standardize the interpretation of hockey rules. Dawson became vice-president of the CAHA in 1966 then served as its president from 1969 to 1971. The International Ice Hockey Federation had approved a limited use of professionals at the 1970 Ice Hockey World Championships, but later reversed the decision when the International Olympic Committee objected. Dawson and the CAHA perceived the situation to be a double standard since the Europeans were believed to be state-sponsored professionals labelled as amateurs, and withdrew the Canada men's national ice hockey team from international competitions until it was allowed to use its best players.

The 1992 Manitoba municipal elections were held on October 28, 1992 to elect mayors, councillors and school trustees in various communities throughout Manitoba, Canada. 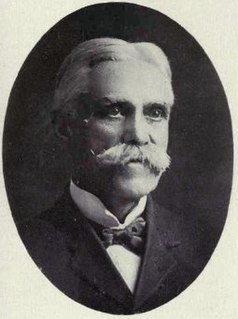 Wabanakwut Kinew, better known as Wab Kinew, is the Leader of the Manitoba New Democratic Party and Leader of the Opposition in the Legislative Assembly of Manitoba.

The Canadian Hockey Association (CHA) was a junior ice hockey governing body in Canada from 1968 to 1970. It was formed when the Western Canada Hockey League (WCHL) broke away from the Canadian Amateur Hockey Association (CAHA), due to disagreements with the CAHA's agreement with the National Hockey League (NHL) which established the NHL Amateur Draft in 1967. Ron Butlin became president of both the CHA and the WCHL with the objective of the getting a better financial deal for teams in Western Canada which had greater expenses than teams in Eastern Canada, and to fight the age limit on players imposed by the NHL. Butlin was also opposed to the CAHA structure of elected officials who determined hockey policy, rather than representation by team owners and operators of hockey businesses. The CHA added the Western Ontario Junior Hockey League (WOJHL) to its ranks in opposition to how hockey was controlled. The WOJHL was denied the financially desirable junior hockey A-level status by the Ontario Hockey Association despite being based in the industrialized Southwestern Ontario region, and was discontent with losing its best players annually to other leagues in Ontario.