Franz Ignaz Danzi (June 15, 1763 –April 13, 1826) was a German cellist, composer and conductor, the son of the Italian cellist Innocenz Danzi (1730–98), and brother of the noted singer Franzeska Danzi. Born in Schwetzingen, Franz Danzi worked in Mannheim, Munich, Stuttgart and Karlsruhe, where he died.

Danzi lived at a significant time in the history of European concert music. His career, spanning the transition from the late Classical to the early Romantic styles, coincided with the origin of much of the music that lives in our concert halls and is familiar to contemporary classical-music audiences. As a young man he knew Wolfgang Amadeus Mozart, whom he revered; he was a contemporary of Ludwig van Beethoven, about whom he—like many of his generation—had strong but mixed feelings; and he was a mentor for the young Carl Maria von Weber, whose music he respected and promoted.

Born in Schwetzingen and raised in Mannheim, Danzi studied with his father and with Georg Joseph Vogler before he joined the superlative orchestra of the Elector Karl Theodor in 1778 as a teenager. In 1780 the first of his woodwind compositions was published at Mannheim. His father, principal cellist of the orchestra, was praised by Mozart for his playing at the premiere of Idomeneo . Danzi remained behind in a Mannheim that was rendered more provincial when Karl Theodor moved his court to Munich in 1778. After an apprenticeship with the small theater orchestra left in Mannheim, he rejoined the main court in Munich as principal cellist—taking his father's position—in 1784.

In 1790 he married the singer Maria Margarethe Marchand, with whom he travelled in an opera troupe to Leipzig, Prague, Venice, and Florence.

By 1798, once more in Munich, he rose to the position of assistant Kapellmeister in one of the most important musical centers of Europe, but in 1807, unhappy at the treatment he received at court and despairing of any further advancement, he left Munich to be Kapellmeister in the smaller and less important Stuttgart court of the new king of Württemberg, Frederick I. After five years he moved again to Karlsruhe, where he spent the last years of his life at the Royal Konservatorium struggling to raise the modest courtly musical establishment to respectability.

He is known today chiefly for his woodwind quintets, in which he took justifiable pride for the idiomatic treatment of the individual instruments. He composed in most major genres of the time, including opera, church music, orchestral works, and many varieties of chamber music. He was a first-rate cellist as well as a conscientious and—by all reports—effective orchestra leader and conductor.

At Schwetzingen, the city concert hall was renamed in his honor in 2005.

Among his compositions are:

Franz Theodor Reizenstein was a German-born British composer and concert pianist. He left Germany for sanctuary in Britain in 1934 and went on to have his career there, including teaching at the Royal Manchester College of Music and Boston University, as well as performing.

Roberto Sierra is a composer of contemporary classical music. 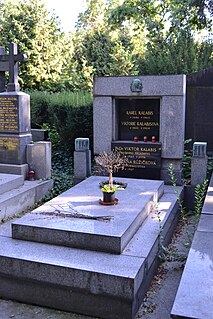