Fred August Enke (July 12, 1897 – November 2, 1985) was an American football and basketball player, coach of football, basketball, baseball, and golf, and college athletics administrator. The Rochester, Minnesota native coached basketball for two seasons at the University of Louisville (1923–1925) and 36 seasons at the University of Arizona (1925–1961), compiling a career college basketball record of 522–344 (.603). Enke also spent two seasons as head football coach at Louisville (1923–1924) and one season as the head football coach at Arizona (1931), tallying a career college football mark of 11–13–2. In addition, he was the head baseball coach at Louisville for two seasons (1924–1925) and the school's athletic director from 1923 to 1925. Enke's son, Fred William Enke, played seven seasons in the National Football League (NFL). [1]

According to historian David Leighton, the street Enke Drive, on the University of Arizona campus is named in honor of Fred A. Enke. There is also the Fred Enke golf course in far eastern Tucson. 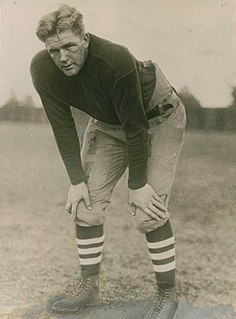 James Fred "Pop" McKale was an American football and baseball player, coach of football, basketball, baseball, and track, and college athletics administrator. He is best known for his four-decade association with the University of Arizona. He served as athletic director at U of A from 1914 to 1957. He served as Arizona's head football coach from 1914 to 1930, compiling a record of 80–32–6. McKale was also the head basketball coach at Arizona from 1914 to 1921, tallying a mark of 49–12, and the head baseball coach at the school from 1915 to 1919 and again from 1922 to 1949, amassing a record of 304–118–7. McKale was inducted into the Arizona Sportsmen Hall of Fame in 1959 and was a charter member of the Arizona Sports Hall of Fame, inducted in 1976. The McKale Center, the University of Arizona's home basketball venue, was opened in 1973 and named in McKale's honor. 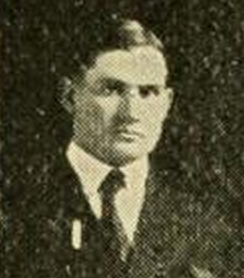 Frederick Mitchell Walker, nicknamed "Mysterious", was an American athlete and coach. He was a three-sport athlete for the University of Chicago from 1904 to 1906 and played Major League Baseball as a right-handed pitcher for the Cincinnati Reds, Cleveland Indians, Brooklyn Superbas, Pittsburgh Rebels and Brooklyn Tip-Tops. 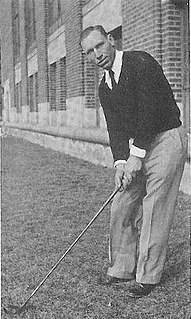 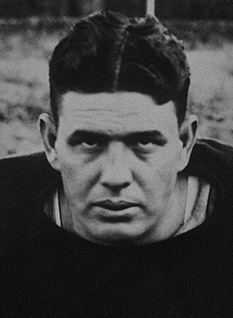 Homer Howard "Pop" Hazel was an American football player and coach. He played college football at Rutgers University in 1916 and again from 1923 to 1924. Considered an outstanding punter, kicker, and passer, he was selected as a first-team All-American as an end in 1923 and as a fullback in 1924. He was the first player selected as an All-American at two different positions. He also lettered in baseball, basketball and track at Rutgers. 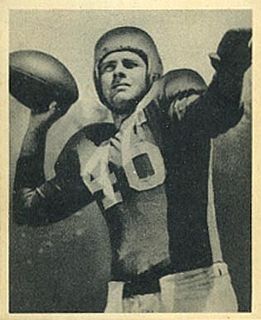 Frederick William Enke was a professional American football quarterback who played in seven National Football League (NFL) seasons from 1948 to 1954 for the Detroit Lions, the Philadelphia Eagles, and the Baltimore Colts. He started for the Lions for two years. Enke played college football at the University of Arizona and was drafted in the seventh round of the 1948 NFL Draft.

Miles Webster "Mike" Casteel was an American football player and coach. He played college football as the quarterback at Kalamazoo College and also played one season in the National Football League (NFL) for the Rock Island Independents. He later served as the head football coach at the University of Arizona in from 1939 to 1948, compiling a record of 46–26–3.

Jack Leonard Blott was an All-American football center and place kicker for the University of Michigan Wolverines from 1922–1923. He was also a baseball catcher for the Wolverines from 1922–1924. After a two-game Major League Baseball career with the Cincinnati Reds in 1924, he worked as Michigan’s line coach from 1924–1933 and 1946–1958. From 1934–1940, he was the head football coach at Wesleyan University.

Adlai Byron "By" Wimberly was an American football player and coach of football, basketball, and baseball. He played college football at Washington & Jefferson College and professionally for the Detroit Panthers of the National Football League (NFL). Wimberly served as the head football coach at Westminster College in New Wilmington, Pennsylvania (1919), Illinois Wesleyan University (1921–1922), and Washington University in St. Louis (1923–1924), compiling a career college football coaching record of 19–18–4. He was also the head basketball coach at Illinois Wesleyan from 1921 to 1923, tallying a mark of 30–11, and the baseball coach at the school in 1922 and 1925. Wimberly later worked as a manufacturer's representative. He died on May 12, 1956 in Detroit, Michigan. 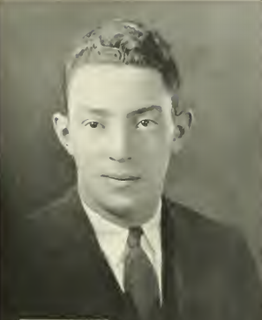 Arthur A. Matsu was an American football player and coach. He was the first Asian-American student at The College of William & Mary and the quarterback and captain of the school's football team. He was later selected by the Richmond Times-Dispatch as the best quarterback to play at William & Mary in the first half of the 20th century. He played one season of professional football for the Dayton Triangles and was the first Asian-American quarterback in the National Football League. He was an assistant football coach at Rutgers University for more than 20 years.

Gene C. Reid Park is a 131-acre urban park in central Tucson, Arizona that includes a 9,500-seat baseball stadium, an outdoor performance center, two man-made ponds, public pools, and a 24-acre zoo along with playgrounds, gardens and picnic areas. The park occupies the western third of a 480-acre parks and recreation complex established in 1925 as Randolph Park which additionally includes two 18-hole golf courses, a tennis and racquetball facility, and an indoor recreation center. A 2-mile loop of paved multi-use trails follows the edge of the park, connecting with another 2.5 miles around the Randolph golf and recreation centers.