Frederic Count de Thoms (1669–1746) was a German art collector with various influential political ties. He was born in Giessen. He wrote a biography of Louis XIV of France in 1715, and became secretary to King George I of Great Britain in 1719. During his stay in Italy he received the title of count. In 1741 he settled down in Leiden and married Joanna Maria Boerhaave, daughter of the famous Dutch physician Herman Boerhaave. Part of his art collection is still on display in the Dutch National Museum of Antiquities and in the Geldmuseum  [ nl ] in Utrecht. An anonymous portrait is kept by the Museum De Lakenhal in Leiden. 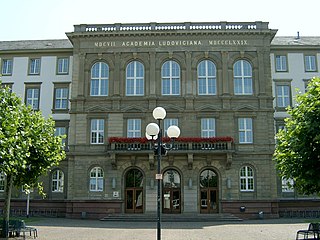 Giessen, spelled Gießen in German (German pronunciation: [ˈɡiːsn̩]], is a town in the German federal state of Hesse, capital of both the district of Giessen and the administrative region of Giessen. The population is approximately 86,000, with roughly 24,000 university students.

Louis XIV, known as Louis the Great or the Sun King, was a monarch of the House of Bourbon who reigned as King of France from 14 May 1643 until his death in 1715. His reign of 72 years and 110 days is the longest recorded of any monarch of a sovereign country in European history. In the age of absolutism in Europe, Louis XIV's France was a leader in the growing centralisation of power. 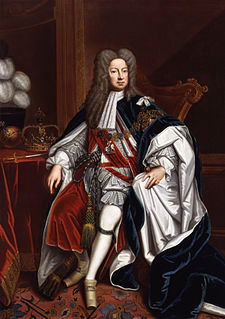 George I was King of Great Britain and Ireland from 1 August 1714 and ruler of the Duchy and Electorate of Brunswick-Lüneburg (Hanover) in the Holy Roman Empire from 23 January 1698 until his death in 1727.

In the 1730s Frederic Count de Thoms lived in Naples and had begun collecting antiquities. He had bought various of the most interesting pieces from art dealers in Rome, using his considerable capital. After he settled in the Dutch city of Leiden, part of the collection was placed in Oud Poelgeest, the castle of his wife's family. The rest of the art was set in the house in the city, Rapenburg 31. During his stay in Holland De Thoms invested a lot of time and money in the private museum he was planning for himself. 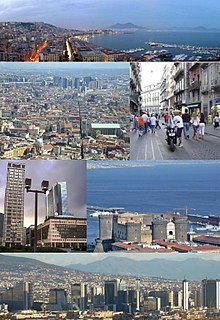 Oud Poelgeest is castle in Oegstgeest, north of Leiden, that was the former home of the Dutch scientist Herman Boerhaave (1668–1738). He was a Dutch humanist and physician of European fame.

After De Thoms' death at Leiden in 1746, the collection was sold to Dutch stadtholder William IV, Prince of Orange, for 30,000 guilders. The collection stayed in the Orange family until Napoleon's troops conquered the Netherlands and seized all art for transportation to Paris. In 1815, after Napoleon's defeat, the collection was returned and placed in various museums in Amsterdam, The Hague and Leiden. 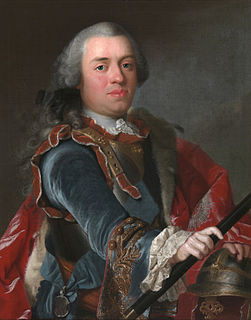 William IV was Prince of Orange-Nassau and the first hereditary stadtholder of all the United Provinces. 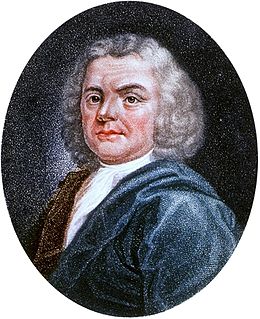 Herman Boerhaave was a Dutch botanist, chemist, Christian humanist, and physician of European fame. He is regarded as the founder of clinical teaching and of the modern academic hospital and is sometimes referred to as "the father of physiology," along with Venetian physician Santorio Santorio (1561–1636). Boerhaave introduced the quantitative approach into medicine, along with his pupil Albrecht von Haller (1708–1777) and is best known for demonstrating the relation of symptoms to lesions. He was the first to isolate the chemical urea from urine. He was the first physician to put thermometer measurements to clinical practice. His motto was Simplex sigillum veri: 'The simple is the sign of the true'. He is often hailed as the "Dutch Hippocrates".

Leiden University is a public research university in Leiden, Netherlands. Founded in 1575 by William, Prince of Orange, leader of the Dutch Revolt in the Eighty Years' War, it is the oldest university in the Netherlands. It is known for its historic foundations, emphasis on the social sciences, and student-run societies.

Frederik Ruysch was a Dutch botanist and anatomist. He is known for developing techniques for preserving anatomical specimens, which he used to create dioramas or scenes incorporating human parts. His anatomical preparations included over 2,000 anatomical, pathological, zoological, and botanical specimens, which were preserved by either drying or embalming. Ruysch is also known for his proof of valves in the lymphatic system, the vomeronasal organ in snakes, and arteria centralis oculi. He was the first to describe the disease that is today known as Hirschsprung's disease, as well as several pathological conditions, including intracranial teratoma, enchondromatosis, and Majewski syndrome.

Gerard van Swieten was a Dutch physician who from 1745 was the personal physician of the Austrian Empress Maria Theresa and transformed the Austrian health service and medical university education. He was the father of Gottfried van Swieten, patron of Haydn, Mozart and Beethoven.

Museum Boerhaave is a museum of the history of science and medicine, based in Leiden, Netherlands. The museum hosts a collection of historical scientific instruments from all disciplines, but mainly from medicine, physics, and astronomy. 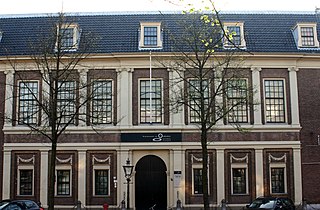 The Rijksmuseum van Oudheden is the national archaeological museum of the Netherlands. It is located in Leiden. The Museum grew out of the collection of Leiden University and still closely co-operates with its Faculty of Archaeology. The museum calls itself the national center for archaeology, and focuses on ancient Egypt, the ancient Near East, the classical world of Greece, Etruria and Rome and the early Netherlands. 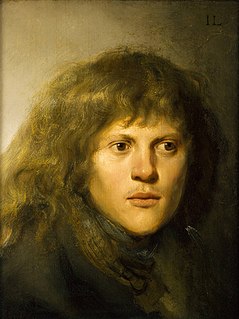 Villa Welgelegen is a historical building in Haarlem, the Netherlands, which currently houses the offices of the provincial executives of North Holland. Located at the north end of a public park in the city, it is an example of neoclassical architecture, unusual for its style in the Netherlands.

Nicolaas Samuelszoon Kruik, also known as Klaas Kruik and Nicolaes Krukius, was a Dutch land surveyor, cartographer, astronomer and weatherman. He is remembered most today for the Museum De Cruquius bearing his name. 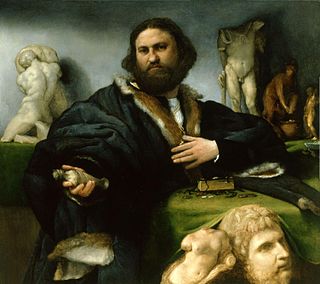 The Reynst Collection, probably the most extensive Dutch 17th century collection of art and artefacts, was owned by the Dutch merchants Gerrit Reynst and Jan Reynst. The collection was put on display in their house at the sign of Hope on the Keizersgracht in Amsterdam. It consisted of over 200 Italian paintings and over 300 sculptures, most of them ancient Roman. There were other antiquities: ten sepulchral monuments, five votive reliefs, nine cinerary urns, "Etruscan" vases, and Christian objects, as well as engraved gems. The collection was dispersed in the 1660s and 1670s, after both brothers had died, and Gerrit's widow sold parts to various buyers. 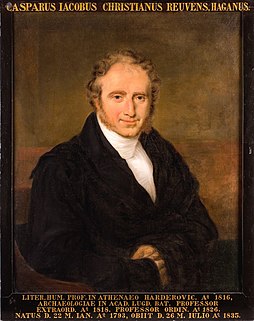 Caspar Jacob Christiaan Reuvens was a Dutch historian and archaeologist. He was the founding director of the Rijksmuseum van Oudheden in Leiden, the world's first ever professor of archaeology, and conducted the first excavations at the Roman provincial site Forum Hadriani in the Netherlands. 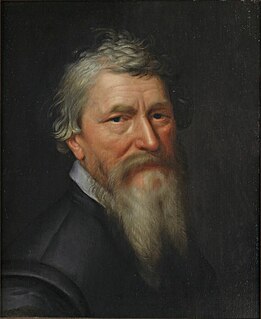 The Papenbroek Collection is one of the largest 18th-century Dutch art collections. After the death of its owner, Gerard van Papenbroek (1673–1743), the antiquities were bequeathed to Leiden University. These antiquities would become the earliest collection of the Dutch National Museum of Antiquities, and have been called a "decisive factor for the creation of the first academic chair of archaeology". The portraits and manuscripts were divided between Leiden University and the Athenaeum Illustre of Amsterdam.

The Rottiers Collection refers to three 19th-century art collections that became an integral part of the collection of the Dutch National Museum of Antiquities. The first two collections were personal and sold by Flemish Colonel B.E.A. Rottiers to the Dutch government, the third was gathered by the colonel on a government-backed mission with the express purpose of collecting art.

Jean Emile Humbert was a Dutch lieutenant-colonel who can be credited with rediscovering ancient Carthage. As an agent for the Dutch government he procured vital parts of the collection of the National Museum of Antiquities in Leiden. Humbert was awarded the Order of the Netherlands Lion for his archaeological work.

The Vrouwekerk or Vrouwenkerk, originally known as the Onze-Lieve-Vrouwekerk, was a 14th-Century church in the Dutch city of Leiden. In the early 17th Century, the church was attended by the Pilgrims as well as by the first colonists to settle on Manhattan.

Nicolaas Bidloo was a Dutch physician who served as the personal physician of Tsar Peter I of Russia. Bidloo was the director of the first hospital in Russia as well as the first medical school in Russia, and is considered one of the founders of Russian medicine.

Faesch, also spelled Fesch, is a prominent Swiss, French, Belgian, Corsican and Italian noble family, originally a patrician family of Basel. Known since the early 15th century, the family received a confirmation of nobility from the Holy Roman Emperor in 1563. It was continuously represented in the governing bodies of the city-republic of Basel for centuries, and three members served as Burgomasters, i.e. heads of state, namely Remigius Faesch (1541–1610), Johann Rudolf Faesch (1572–1659) and Johann Rudolf Faesch (1680–1762). The family was at times the richest family of Basel, and its rise was partially the result of clever marriage policies.