Forget-Me-Not was an illustrated British annual published by Rudolph Ackermann. It was the first literary annual in English and it was edited by Frederic Shoberl from its launch in 1822. A junior version appeared in 1828.

Shoberl was born in London in 1775, and educated at the Moravian school at the Fulneck Moravian Settlement in West Yorkshire. [3] 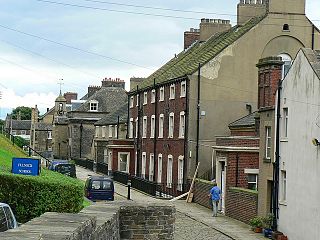 Fulneck School is an independent day and boarding school, situated in the Fulneck Moravian Settlement, in Pudsey, West Yorkshire, England. It provides education for pupils between the ages of 3 and 18.

Fulneck Moravian Settlement is a village in Pudsey in the City of Leeds metropolitan borough, West Yorkshire, England. It was established in 1744. It is named after Fulneck, the German name of a town in Northern Moravia, Czech Republic.

From 1809 he began editing Rudolph Ackermann's '‘Repository of Arts’' which had just started and was only at its third edition. Ackermann was seen as the populariser of aquatint engraving and his Repository of Arts was intended to cover "arts, literature, commerce, manufactures, fashions, and politics". At the beginning of February 1814, Shoberl and Henry Colburn founded and became co-proprietors of the ‘New Monthly Magazine’. For some time Shoberl was editor, writing many of the articles and reviews and editing Ackermann's magazine. [3] 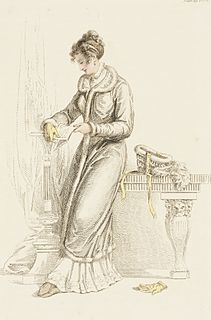 Ackermann's Repository of Arts was an illustrated British periodical published from 1809 to 1829 by Rudolph Ackermann. Although commonly called Ackermann's Repository, or, simply Ackermann's, the formal title of the journal was Repository of arts, literature, commerce, manufactures, fashions, and politics, and it did indeed cover all of these fields. In its day, it had great influence on English taste in fashion, architecture, and literature. Ackermann employed Frederic Shoberl from the third issue in 1809 to 1828 when Shoberl moved on to similar projects.

Henry Colburn was a British publisher.

From 27 June 1818 to 27 Nov. 1819 he was printer and publisher of the ‘'Cornwall Gazette, Falmouth Packet, and Plymouth Journal'’. The latter was published in Truro in Cornwall. [2]

Truro is a city and civil parish in Cornwall, England. It is Cornwall's county town and only city and centre for administration, leisure and retail. Truro's population was recorded as 18,766 in the 2011 census. People from Truro are known as Truronians. As the southernmost city in mainland Britain, Truro grew as a centre of trade from its port and then as a stannary town for the tin mining industry. Its cathedral was completed in 1910. Places of interest include the Royal Cornwall Museum, Truro Cathedral the Hall for Cornwall and Cornwall's Courts of Justice.

In 1822 he was the founding editor of Ackermann's ‘'The Forget-me-not'’ which was an annual, a new type of publication in England. [4] This was the first literary annual in English [1] Shoberl continued to edit the annual until 1834. Shoberl was also began overseeing Ackermann's junior annual, The juvenile Forget-me-not from 1828 until 1832.

In addition to these editing tasks Shoberl was also an illustrator. He created his own hand-colored engravings for The World in Miniature: Hindoostan which was published in London by Ackermann in the 1820s. [5]

Shoberl married Theodosia and they had two sons. William was an assistant to Henry Colburn, and then a publisher in Great Marlborough Street and Frederic, who was printer to Prince Albert in Rupert Street and died a year before his father. His wife died on 18 December 1838.

Shoberl died at Thistle Grove, Brompton, London, on 5 March 1853, and was buried in Kensal Green cemetery a week later. [6]

In addition to the selected works below and his illustrations, Shoberl's editing is still being viewed. The Forget-Me-Not publications are being digitised because of their value. [7] Poetry that was published includes works by Hester Thrale, Sir Walter Scott and Mary Wollstonecraft. [8] The artwork that was included has also been digitised which continues Shoberl's poetry. It was the editor and publisher's job to identify and then borrow artwork for the magazine. Many of the artists chosen were Royal Academicians and a considerable fee would have to be negotiated. Once engraved the artwork was then used to solicit accompanying texts. [9]

Illustrations for a book called "Daring Deeds Of Elizabethan Heroes" is also work of Campbell. 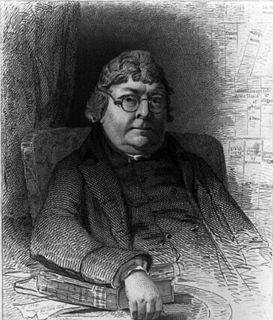 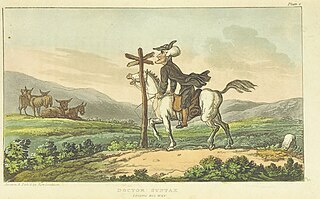 Catherine Smith was an English novelist and actress, best known for her gothic fiction. Almost all that is known of her is that she came from a wealthy family, and had acted at the Haymarket Theatre in London.

Charles Henry Timperley was an English printer and writer. 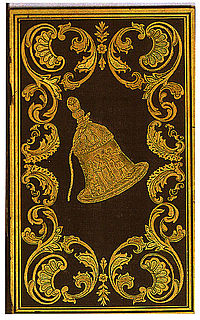 Gift books, literary annuals or a keepsake were 19th-century books, often lavishly decorated, which collected essays, short fiction, and poetry. They were primarily published in the autumn, in time for the holiday season and were intended to be given away rather than read by the purchaser. They were often printed with the date of the coming new year, but copyrighted with the actual year of publication. 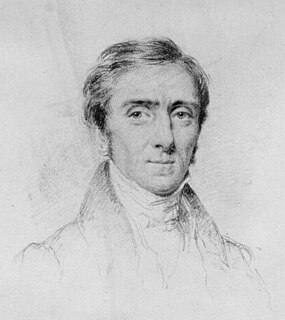 Samuel Weller Singer (1783–1858) was an English author and scholar on the work of William Shakespeare. He is also now remembered as a pioneer historian of card games.

The Whitehall Evening Post was a London newspaper, founded in 1718. 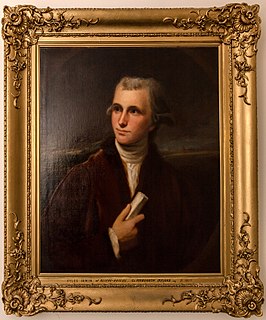 Eyles Irwin (1751–1817) was an Irish poet and writer. He rose in the East India Company's service from a civil servant to superintendent of the company's affairs in China, but failed to gain a place on the board of directors.

John Duncan was a Scottish weaver who wrote an authoritative book about weaving in 1808. 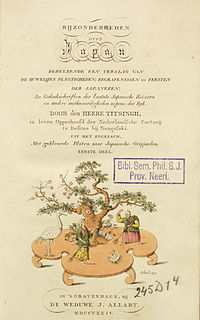 The Dutch-language book Bijzonderheden over Japan, behelzende een verslag van de huwelijks plechtigheden, begrafenissen en feesten der Japanezen, de gedenkschriften der laatste Japansche keizers, en andere merkwaardigheden nopens dat rij. Uit het Engelsch, met gekleurde platen naar Japansche originelen is about Japanese history, customs and ceremonies during the Tokugawa period observed by Dutch senior official in the VOC Isaac Titsingh, published in 1824 in The Hague by Wed. J.Allart. It was based on the English book Illustrations of Japan; consisting of Private Memoirs and Anecdotes of the reigning dynasty of The Djogouns, or Sovereigns of Japan; a description of the Feasts and Ceremonies observed throughout the year at their Court; and of the Ceremonies customary at Marriages and Funerals: to which are subjoined, observations on the legal suicide of the Japanese, remarks on their poetry, an explanation of their mode of reckoning time, particulars respecting the Dosia powder, the preface of a work by Confoutzee on filial piety, published two years before in 1822 by R. Ackermann in London.

The Orthodox Churchman's Magazine was an English High Church monthly, appearing from 1801 to 1808. It was launched in March 1801, as William Pitt the younger resigned from government over Catholic emancipation, and took an anti-Catholic editorial line. It was initially edited by William Hamilton Reid. The Magazine was hostile to deists, Latitudinarians, Methodists and Unitarians, and its tone was set from the first issue by the High Church views of William Stevens.