Bligh Bond was the son of the Rev. Frederick Hookey Bond. He was born in the Wiltshire town of Marlborough. His family was related to William Bligh, through his nephew Francis Godolphin Bond, Bligh Bond's grandfather. He was also a cousin of Sabine Baring-Gould. [2] He was educated at home by his father, who was headmaster of the Marlborough Royal Free Grammar School. [3]

He practised as an architect in Bristol from 1888. His work includes schools, such as the board schools in Barton Hill, Easton, and Southville, Greenbank Elementary School and St George's School. He designed the schools of medicine and engineering at Bristol University and the Music School of Clifton College. He also undertook a number of domestic commissions for the King's Weston estate of Philip Napier Miles, including a number of substantial houses in Shirehampton, the Miles Arms public house in Avonmouth, the now-demolished King's Weston estate office and the public hall in Shirehampton. [4] Cossham Memorial Hospital is also an example of his work. [5] The style of his mature works in the Edwardian years might be described as English Baroque or Queen Anne Revival. In addition he oversaw the restoration of a number of churches, became an acknowledged authority on the history of church architecture, and in 1909 published, with Dom Bede Camm, a two-volume treatise entitled Roodscreens and Roodlofts. [6]

As early as 1899 Bligh Bond had expressed his belief that the dimensions of the buildings at Glastonbury Abbey were based on gematria, [4] and in 1917 he published, with Thomas Simcox Lea, Gematria, A Preliminary Investigation of the Cabala contained in the Coptic Gnostic Books and of a similar Gematria in the Greek text of the New Testament, which incorporated his own previously published paper, The Geometric Cubit as a Basis of Proportion in the Plans of Mediaeval Buildings. [1]

In 1908 the Church of England appointed him director of excavations at Glastonbury Abbey. [4] Before he was dismissed by Bishop Armitage Robinson in 1921, his excavations rediscovered the nature and dimensions of a number of buildings that had occupied the site. [2] [4] Bond's work at Glastonbury Abbey is one of the first documented examples of psychic archaeology. Bond with the retired navy Captain John Allan Bartlett ("John Alleyne") as a medium claimed to have contacted through automatic writing dead monks and the builder of the Edgar Chapel at Glastonbury, who advised him where to excavate. [7] [8] [9]

In 1919 he published The Gates of Remembrance, which revealed that he had employed psychical methods to guide his excavation of the Glastonbury ruins. As a consequence of these revelations his relations with his employers, who strongly disapproved of spiritualism, deteriorated and he was sacked in 1921. [9] [10]

Archaeologists and skeptics have found Bond's claims dubious. [11] Joseph McCabe suggested that Alleyne and Bond had "steeped themselves, all through the year 1907, in the literature of the subject. They read all that was known about Glastonbury, and lived for months in the medieval atmosphere." [12]

In 1922 Rev. H. J. Wilkins published a detailed criticism of Bond's psychical claims. Wilkins concluded "there is absolutely nothing supermundane in the whole of the script... All that is true in the script could be gathered from historical data or reasonably conjectured by intelligent observation of existing facts and conditions." [13]

Archaeologist Kenneth Feder commented that the "tall church towers, whose existence and locations we are to believe were provided by spirits, actually were recorded and located in a historical document Bond almost surely had already seen. Beyond this, an early drawing of the abbey, and even structural remains visible on the surface, provided clues as to the location of these towers." [8]

Feder also noted that "there was no scientific controls whatsoever" and that it is impossible to tell whether he was actually advised by spirits or whether his expertise in church architecture and information from early drawings helped him locate the chapels he discovered. [14] [15]

In 1926 Bligh Bond emigrated to the USA, where he was employed as education secretary of the American Society for Psychical Research and worked as editor on their magazine, Survival. [1] Bligh Bond broke with the ASPR and returned to Britain in 1936, [2] also rejoining the Ghost Club in the process, after supporting accusations against the medium Mina Crandon that she had fraudulently produced thumbprints on wax that she presented as being produced by the spirit of her dead brother, Walter. [1]

During his time in the USA Bond was ordained, and in 1933 consecrated as a bishop, in the Old Catholic Church of America. [1]

On 30 December 2008 Bligh Bond was the subject of a Channel 4 documentary, The Ghosts of Glastonbury, hosted by Tony Robinson, which examined Bligh Bond's claims that he received archaeological information through automatic writing from deceased monks. 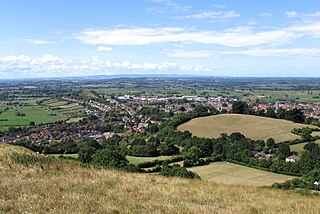 Glastonbury is a town and civil parish in Somerset, England, situated at a dry point on the low-lying Somerset Levels, 23 miles (37 km) south of Bristol. The town, which is in the Mendip district, had a population of 8,932 in the 2011 census. Glastonbury is less than 1 mile (2 km) across the River Brue from Street, which is now larger than Glastonbury.

Glastonbury Tor is a hill near Glastonbury in the English county of Somerset, topped by the roofless St Michael's Tower, a Grade I listed building. The whole site is managed by the National Trust and has been designated a scheduled monument. The Tor is mentioned in Celtic mythology, particularly in myths linked to King Arthur, and has several other enduring mythological and spiritual associations.

Sir William Fletcher Barrett was an English physicist and parapsychologist. 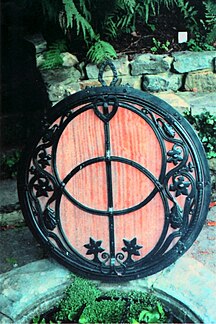 The Chalice Well, also known as the Red Spring, is a well situated at the foot of Glastonbury Tor in the county of Somerset, England. The natural spring and surrounding gardens are owned and managed by the Chalice Well Trust, founded by Wellesley Tudor Pole in 1959.

The Ghost Club is a paranormal investigation and research organization, founded in London in 1862. It is widely believed to be the oldest such organization in the world. Since 1862 it has primarily investigated ghosts and hauntings.

Robert Fitzharding was an Anglo-Saxon nobleman from Bristol who was granted the feudal barony of Berkeley in Gloucestershire. He rebuilt Berkeley Castle, and founded the Berkeley family which still occupies it today. He was a wealthy Bristol merchant and a financier of the future King Henry II of England (1133-1189) in the period known as the Anarchy during which Henry's mother, the Empress Matilda (1102-1167), mounted repeated military challenges to King Stephen. Fitzharding founded St. Augustine's Abbey, which after the Reformation became Bristol Cathedral. Many members of the Berkeley family were buried within it, and some of their effigies survive there. As J. Horace Round asserted he was one of the very few Anglo-Saxon noblemen who managed to retain their noble status in Norman England and successfully integrate with the Norman nobility, if not the only one.

Richard Whiting was an English clergyman and the last Abbot of Glastonbury. 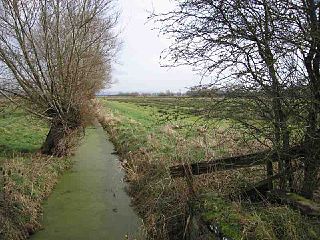 Glastonbury Lake Village was an Iron Age village, situated on a crannog or man made island in the Somerset Levels, near Godney, some 3 miles (5 km) north west of Glastonbury in the southwestern English county of Somerset. It has been designated as a scheduled monument.

Francis Godolphin Bond was a Rear-Admiral in the British Royal Navy. He was a nephew of William Bligh and grandfather of Frederick Bligh Bond. He sailed as Bligh's First Lieutenant on HMS Providence, Bligh's second breadfruit mission to Tahiti following the ill-fated Bounty voyage.

The medieval Glastonbury canal was built in about the middle of the 10th century to link the River Brue at Northover with Glastonbury Abbey, a distance of about 1.75 kilometres (1,900 yd). Its initial purpose is believed to be the transport of building stone for the abbey, but later it was used for delivering produce, including grain, wine and fish, from the abbey's outlying properties. It remained in use until at least the 14th century, but possibly as late as the mid-16th century. English Heritage assess the canal remains, based on a "provisional" interpretation, as a site of "national importance".

Warwick James Rodwell is an archaeologist, architectural historian and academic. He is Visiting Professor in the Department of Archaeology, University of Reading, and Consultant Archaeologist to Westminster Abbey, where he is also a member of the College of St Peter in Westminster. He is the author of many books and articles, including the standard textbook on church archaeology. He is a Fellow of the Society of Antiquaries of London, the Society of Antiquaries of Scotland and the Royal Historical Society. 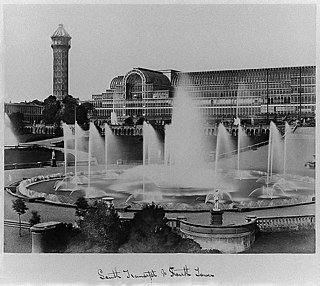 Philip Henry Delamotte was a British photographer and illustrator.

Hulton Abbey is a scheduled monument in the United Kingdom, a former monastery located in what is now Abbey Hulton, a suburb of Stoke-on-Trent. A daughter house of the Cistercian Combermere Abbey, the abbey was founded by Henry de Audley in the early 13th century. Throughout its life, the abbey was relatively small and poor, with one of the lowest incomes of all Staffordshire religious houses. The abbey was dissolved by Henry VIII in 1538, with its land and assets being sold. 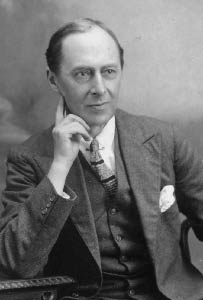 Psychic archaeology is a loose collection of practices involving the application of paranormal phenomena to problems in archaeology. It is not considered part of mainstream archaeology, or taught in academic institutions. It is difficult to test scientifically, since archaeological sites are relatively abundant, and all of its verified predictions could have been made via educated guesses.

The Somerset Archaeological and Natural History Society was founded in 1849. The Society bought Taunton Castle in 1874, and leases it to Somerset County Council to house the Museum of Somerset. A substantial proportion of the items held by the Museum were originally collected by the Society. Since it opened in 2010, the Society's office and library have been located at the Somerset Heritage Centre, alongside the County Council's Heritage Service.

Harold St George Gray was a British archaeologist. He was involved in the Pitt Rivers Museum in Oxford and later was the librarian-curator of the Museum for the Somerset Archaeological and Natural History Society.