Whitaker was born at the Deanery Manor House, Bampton, Oxfordshire, England on 23 April 1812, the son of Frederick Whitaker and Susanna Whitaker (née Humfrey). Frederick junior undertook a legal education and became a solicitor and attorney at the age of 27. A year later he sailed to Australia and then New Zealand. [1] He married Jane Augusta Griffith, stepdaughter of Alexander Shepherd (Colonial Treasurer) at St. Paul's Church in Auckland on 4 March 1843. [1]

He was elected onto the Auckland Provincial Council on 19 October 1854 for the Suburbs of Auckland electorate, and he served until 25 September 1855. [5] He was appointed to the Auckland Executive Council from 14 March 1854 to 22 January 1855 and was the provincial law officer. [6]

Whitaker became the first Attorney-General of New Zealand in the Sewell Ministry led by Henry Sewell in 1856. He did not serve as Attorney-General in the subsequent Fox Ministry that was in power for a fortnight, but was again appointed to this position in the Stafford Ministry from 2 June 1856 onwards. He served as Attorney-General until the defeat of the Stafford Ministry on 12 July 1861 and went back to the law. [7] In October 1863 Whitaker was called upon to form a government to replace Premier Domett following his defeat at a vote of no-confidence. [8]

Whitaker's term as Premier lasted just over a year until November 1864. His term ended due to differences between himself and Governor Grey over the conduct of the New Zealand Wars. Whitaker also resigned as a member of the Legislative Council. He served briefly as the member of Parliament for Parnell from 1866 to 1867.

In October 1865 he was elected Superintendent of Auckland Province, which office he held until 1867. Then for nine years he stayed away from public office.

In 1876 he became MP for Waikato and later Attorney-General again in Atkinson's government; the Atkinson Ministry lasted until October 1877. Whitaker lost his seat in the House in 1879, when he was defeated for Eden. However, when Premier Hall wanted him to serve as Attorney-General again, he was appointed once more to the Legislative Council in 1879. When Hall resigned in April 1882, Whitaker became Premier for the second time, serving until September 1883.

Whitaker was appointed a Knight Commander of the Order of St Michael and St George in 1884 and served again as Attorney-General, and as leader of the Legislative Council from 1887 to 1890. By then his health was failing, and he died in Auckland on 4 December 1891. He was buried at St Stephen's Cemetery in Parnell. [9] 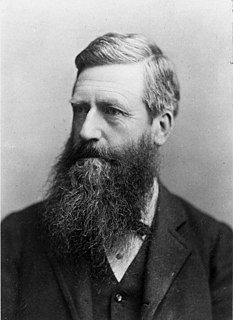 Sir Edward William Stafford served as the third Premier of New Zealand on three occasions in the mid 19th century. His total time in office is the longest of any leader without a political party. He is described as pragmatic, logical, and clear-sighted. 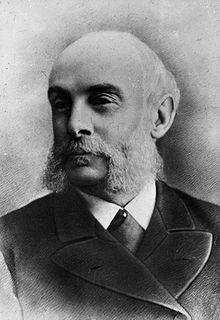 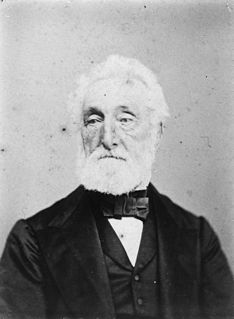 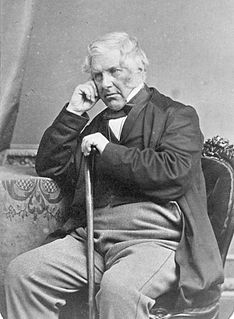 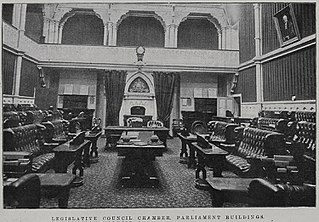 Daniel Pollen was a New Zealand politician who became the ninth Premier of New Zealand, serving from 6 July 1875 to 15 February 1876. 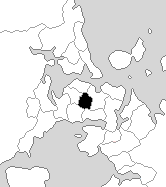 The Sewell Ministry was the first responsible government in New Zealand. Unlike previous executives, its members were held accountable to Parliament. This would form the basis for future governments in New Zealand.

Alexander Shepherd was the second Colonial Treasurer of New Zealand.

The Town of Christchurch by-election in 1860 was triggered by the resignation of Richard Packer as the Member of the House of Representatives for the Town of Christchurch electorate, and occurred during the term of the 2nd New Zealand Parliament. The previous representative of the electorate, the politician Henry Sewell, had returned after three years in England and the general expectation was that Sewell would be the sole contender for election. The Lyttelton Times wrote several provocative editorials, generally endorsing Sewell for his obvious ability, but criticising him for not publicly talking about his policies and plans. Sewell eventually arranged a public meeting the evening prior to nomination day; this was the only public meeting during the election campaign. After a lengthy address, which was favourably received by the Lyttelton Times, a second contender for the office put his name forward at that meeting: the publican Michael Hart. Sewell, a former premier and one of New Zealand's most senior politicians at the time, was successful against the political novice Hart.