The Free Funeral Service Society (Burmese : နာရေးကူညီမှုအသင်း, abbreviated FFSS), a civil society organisation based on Yangon, Myanmar, founded by Burmese film director Thukha, provides free funeral services for the poor in Yangon Region. It was founded on 1 January 2001 by film director Thukha and is headed by many prominent persons in the entertainment industry, including actor Kyaw Thu. [1] [2] FFSS has helped fund more than 100,000 funerals since it first started. [3]

In 2006, FFSS opened a free health care clinic called Thukha. [4] In 2009, its free clinic was ordered by a local court to be closed, after being forcibly relocated from Thingangyun Township to North Dagon Township in Yangon's outlying suburbs. [5] In September 2010, FFSS opened Thukha Ahara (သုခအဟာရ), a low cost restaurant in Yangon's North Dagon Township. [6] In 2011, it opened another clinic in Bago Region's Pyay Township. [7]

On January 8th, 2017, FFSS marked its 16th anniversary by opening a low-cost dialysis centre. Because of the cost of dialysis, FFSS will not be able to extend the services for free, but they will offer them at a much-reduced cost. "Thanks to our donors, we were able to buy new equipment and medicine for dialysis. But the course of treatment is very expensive, so we cannot offer services free of charge. A private clinic would charge K80,000, and we will offer the treatment for K25,000," said U Kyaw Thu. [9]

Yangon, formerly known as Rangoon, is the capital of the Yangon Region and the largest city of Myanmar. Yangon served as the capital of Myanmar until 2006, when the military government relocated the administrative functions to the purpose-built city of Naypyidaw [nèpjìdɔ̀] in central Myanmar. With over 7 million people, Yangon is Myanmar's most populous city and its most important commercial centre.

University of Yangon, located in Kamayut, Yangon, is the oldest university in Myanmar's modern education system and the best known university in Myanmar. The university offers mainly undergraduate and postgraduate degrees programs in liberal arts, sciences and law. Full-time bachelor's degrees were not offered at the university's main campus after the student protests of 1996. The bachelor's degree was re-offered from 2014 on, to the best students in the country. Today degrees in Political Science are offered to undergraduate students, as well as postgraduate diplomas in areas such as social work and geology. 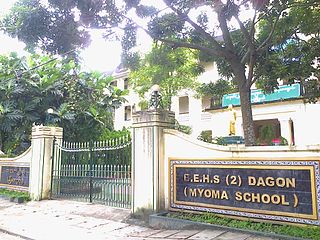 The "Practising High School, Yangon Institute of Education", now, "Practising High School, Yangon University of Education" is a high school in Yangon, Myanmar. Although it is a high school in the technical sense, TTC's student body comprises students from Grade Kg to Grade Eleven or Matriculation, the highest standard in the Myanmar education system. The origin of the name of the school comes from the fact that TTC is part of the Institute of Education, whose trainee teachers are attached to the school as part of their course.

Shwepyitha Township is located in the northwestern part of Yangon, Myanmar. The township comprises 27 wards and 3 village tracts, and shares borders with Htantabin Township to the north, Mingaladon Township to the east, the Yangon river to the west, and Insein Township to the south. Incorporated into the city of Yangon in 1986, Shwepyitha is now developing and has basic municipal services. Improvements include tidy and broad main roads and many streets form a grid. Hlaing River separates Shwepyithar and Hlaingtharyar. Shwepyithar Bridge was built in 1996 and now it is a useful bridge in Yangon and is also the start of the Yangon-Pathein-Chaungthar Highway. Htan Chuak Pin Junction is regarded as the centre of Shwepyithar and many well known places are there. Shwepyithar Advanced Theatre (3D) was opened on March 2017. There are many gyms and shops around its centre. At night, the street-market of Htan Chauk Pin offers dining. Ruby Market is the most famous market. Bogyoke Aungsan Road, Bayint Naung Road, No.4 Highway, etc. are the most popular roads in the town. The Yangon Circular Railway passes through the township. Its railway station is also at the Yangon-Pyay-Mandalay Railway. Many Language Centres teach English, Korean, Japanese and Chinese. Many advanced restaurants and hotels as well as motels are there.Many job opportunities can be available in Shwepyithar coz it has the Shwepyithar Industrial Zone,Warr Ta Ya Industrial Zone and Thardukan Industrial Zone.Dagon Beverage Company Limited also exists there. Shwe Pyi Thar is an up-and-coming Yangon township. 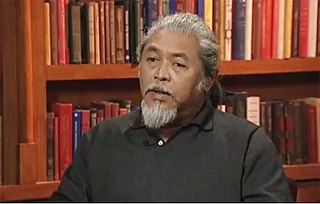 Kyaw Thu is a two-time Myanmar Academy Award winning film actor and film director. One of the top leading men of Burmese cinema in the 1980s and 1990s, Kyaw Thu has starred in over 200 films and has directed several successful films. Since the early 2000s, Kyaw Thu has devoted much time to do social work for the poor, and in the process has gradually emerged as a vocal critic of the Burmese military government.

Max Myanmar Group of Companies is a Burmese company, known for its ties to the Burmese military owned by a local tycoon, Zaw Zaw.

Eaindra Kyaw Zin is a two-time Myanmar Academy Award winning Burmese actress and TV commercial model. Eaindra Kyaw Zin, an amateur painter, is one of the stars of the Burmese entertainment industry. Now, until she is above 40, she is taking one of the top actress of myanmar.

The South Okkalapa Maternal and Child Hospital is a 150-bedded specialist public hospital in South Okkalapa Township of Yangon. Colonel Tun Sein laid foundation for the hospital on 18 February 1960 and U Nu, the first Prime Minister of Myanmar, officially opened it as a Catholic Missionary Hospital on 1 May 1961. It became a 100-bedded specialist hospital for women and children on 12 July 1965 and then was upgraded to a 150-bedded Maternal and Children Hospital on 19 August 1987.

Aung Thin was a Lifetime National Literary Award-winning writer in Myanmar (Burma) known for his continuous encouraging of youth to become a righteous man.

Phyu Phyu Kyaw Thein is a prominent Burmese pop singer, known for her stage presence and costumes, which has drawn comparisons to Lady Gaga. She has been a UNICEF celebrity ambassador since 2008.

Wai Lu Kyaw is a Burmese actor and philanthropists. He won the Myanmar Academy Award for Best Supporting Actor in 2010 with the film The Red Sun Above the Ocean (ပင်လယ်ထက်ကနေဝန်းနီ).

Phyo Min Thein(Burmese: ဖြိုးမင်းသိန်း; born 13 April 1969) is a Burmese politician and former political prisoner who is currently serving as Chief Minister of Yangon Region and Yangon Region Parliament MP for Hlegu Township Constituency No. 2. Prior to this, he was the chairman of Union Democratic Party and founder of People Democracy Party which was later merged with Union Democratic Party.

Letya Pyanchi was governor of Prome (Pyay) from 1390 to 1413. The governor, a Hanthawaddy royal, was a key Ava commander in the Forty Years' War against Hanthawaddy Pegu.