Friedrich Gauermann (10 September 1807, Scheuchenstein  [ de ] – 7 July 1862) was an Austrian painter. The son of the landscape painter Jacob Gauermann (1773–1843), he was born at Miesenbach near Gutenstein in Lower Austria. [1] He was an early representative of the Veristic style devoted to nature in all its diversity. [2]

It was the intention of his father that Gauermann should devote himself to agriculture, but the example of an elder brother, who, however, died early, fostered his inclination towards art. Under his father's direction he began studies in landscape, and he also diligently copied the works of the chief masters in animal painting which were contained in the academy and court library of Vienna. In the summer he made art tours in the districts of Styria, Tirol, and Salzburg. [1]

Two animal pieces which he exhibited at the Vienna Exhibition of 1824 were regarded as remarkable productions for his years, and led to his receiving commissions in 1825 and 1826 from Prince Metternich and Caraman, the French ambassador. His reputation was greatly increased by his picture The Storm, exhibited in 1829, and from that time his works were much sought after and obtained correspondingly high prices. His Field Labourer was regarded by many as the most noteworthy picture in the Vienna exhibition of 1834, and his numerous animal pieces have entitled him to a place in the first rank of painters of that class of subjects. [1]

The peculiarity of his pictures is the representation of human and animal figures in connexion with appropriate landscapes and in characteristic situations so as to manifest nature as a living whole, and he particularly excels in depicting the free life of animals in wild mountain scenery. Along with great mastery of the technicalities of his art, his works exhibit patient and keen observation, free and correct handling of details, and bold and clear colouring. He died at Vienna on 7 July 1862. [1]

Many of his pictures have been engraved, and after his death a selection of fifty-three of his works was prepared for this purpose by the Austrian Kunstverein (Art Union). [1]

His art influenced among others the works of Joseph Heicke.[ citation needed ]

Gustav Klimt was an Austrian symbolist painter and one of the most prominent members of the Vienna Secession movement. Klimt is noted for his paintings, murals, sketches, and other objets d'art. Klimt's primary subject was the female body, and his works are marked by a frank eroticism. Amongst his figurative works, which include allegories and portraits, he painted landscapes. Among the artists of the Vienna Secession, Klimt was the most influenced by Japanese art and its methods.

Vasily Vasilyevich Vereshchagin, was one of the most famous Russian war artists and one of the first Russian artists to be widely recognised abroad. The graphic nature of his realist scenes led to many of them never being printed or exhibited.

Constant Troyon was a French painter of the Barbizon school. In the early part of his career he painted mostly landscapes. It was only comparatively late in life that Troyon found his métier as a painter of animals, and achieved international recognition. 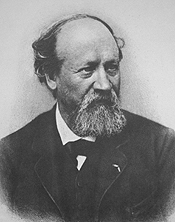 Philips Wouwerman was a Dutch painter of hunting, landscape and battle scenes. 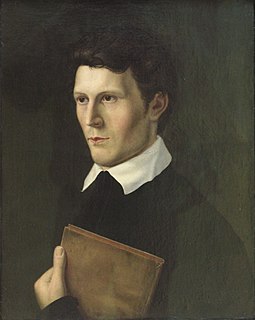 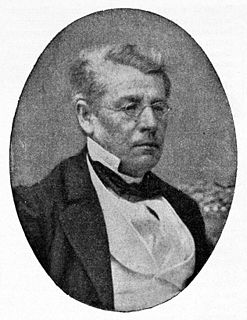 Joseph von Führich was an Austrian painter, one of the Nazarenes.

Thomas Seddon was an English landscape painter associated with the Pre-Raphaelite movement, who painted colourful and highly detailed scenes of Brittany, Egypt, and Jerusalem.

Mihály Munkácsy was a Hungarian painter. He earned international reputation with his genre pictures and large-scale biblical paintings. 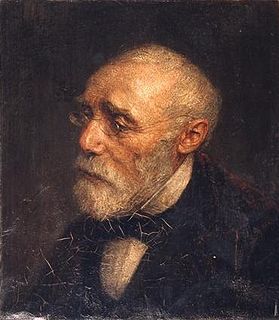 Jozef Israëls was a Dutch painter. He was a leading member of the group of landscape painters referred to as the Hague School and, during his lifetime, "the most respected Dutch artist of the second half of the nineteenth century."

James Stark was an English landscape painter. A leading member of the Norwich School of painters, he was elected vice-president of the Norwich Society of Artists in 1828 and became their president in 1829. He had wealthy patrons and was consistently praised by the Norfolk press for his successful London career.

Johan Christian Claussen Dahl, often known as J. C. Dahl or I. C. Dahl, was a Danish-Norwegian artist who is considered the first great romantic painter in Norway, the founder of the "golden age" of Norwegian painting, and, by some, one of the greatest European artists of all time. He is often described as "the father of Norwegian landscape painting" and is regarded as the first Norwegian painter to reach a level of artistic accomplishment comparable to that attained by the greatest European artists of his day. He was also the first to acquire genuine fame and cultural renown abroad. As one critic has put it, "J.C. Dahl occupies a central position in Norwegian artistic life of the first half of the 19th century. 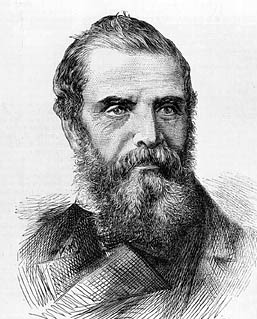 Henry Brittan Willis was an English landscape and animal painter. 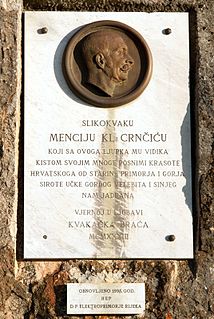 Menci Clement Crnčić was a Croatian painter, printmaker, teacher and museum director. He studied painting and drawing in Vienna and Munich, and trained in graphic arts in Vienna, studying etching and engraving. He was the first artist in the Croatian graphic tradition to abandon a strictly linear style and use tonal variation to create contrasting areas of light and shade.

Wikimedia Commons has media related to Friedrich Gauermann .
This page is based on this Wikipedia article
Text is available under the CC BY-SA 4.0 license; additional terms may apply.
Images, videos and audio are available under their respective licenses.