Esmarch was born in Tönning, Schleswig-Holstein. He studied at Kiel and Göttingen, and in 1846 became Bernhard Rudolf Konrad von Langenbeck's assistant at the Kiel surgical hospital. He served in the Schleswig-Holstein War of 1848 as junior surgeon, and this directed his attention to the subject of military surgery. He was taken prisoner, but afterwards exchanged, and was then appointed as surgeon to a field hospital. During the truce of 1849 he qualified as Privatdocent at Kiel, but on the fresh outbreak of war he returned to the troops and was promoted to the rank of senior surgeon.

In 1854 Esmarch became director of the surgical clinic at Kiel, and in 1857 head of the general hospital and professor at the University of Kiel. During the Schleswig-Holstein War of 1864, Esmarch rendered good service to the field hospitals of Flensburg, Sundewitt and Kiel. In 1866 he was called to Berlin as member of the hospital commission, and also to take the superintendence of the surgical work in the hospitals there. When the Franco-Prussian War broke out in 1870, he was appointed surgeon-general to the army, and afterwards consulting surgeon at the great military hospital near Berlin.

In 1872 Esmarch married Princess Caroline Christiane Auguste Emilie Henriette Elisabeth of Schleswig-Holstein-Sonderburg-Augustenburg (1833–1917), aunt of Empress Augusta Viktoria. In 1887 a patent of nobility was conferred on Esmarch. He died at Kiel.

Esmarch was one of the greatest authorities on hospital management and military surgery. His Handbuch der kriegschirurgischen Technik was written for a prize offered by the empress Augusta, on the occasion of the Vienna Exhibition of 1877, for the best handbook for the battlefield of surgical appliances and operations. This book is illustrated by admirable diagrams, showing the different methods of bandaging and dressing, as well as the surgical operations as they occur on the battlefield. Esmarch himself invented an apparatus, which bears his name, for keeping a limb nearly bloodless during amputation.

No part of Esmarch's work is more widely known than that which deals with First Aid, his First Aid on the Battlefield and First Aid to the Injured being popular manuals on the subject. The latter is the substance of a course of lectures delivered by him in 1881 to a Samaritan School, the first of the kind in Germany, founded by Esmarch in 1881, in imitation of the St John Ambulance classes which had been organized in England in 1878. These lectures were very generally adopted as a manual for first aid students, edition after edition having been called for, and they have been translated into numerous languages, the English version being the work of HRH Princess Christian.

No ambulance course would be complete without a demonstration of the Esmarch bandage. It is a three-sided piece of linen or cotton, of which the base measures 4 feet and the sides 2 feet 10 inches. It can be used folded or open, and applied in thirty-two different ways. It answers every purpose for temporary dressing and field-work, while its great recommendation is that the means for making it are always at hand.

In 1857 Esmarch wrote an article together with the psychiatrist Peter Willers Jessen. They had discovered the connection between syphilis and general paralysis of the insane. [1] 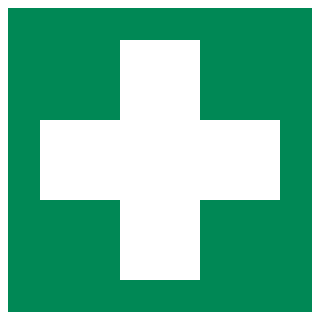 Duke Frederick VIII was the German pretender to the throne of Schleswig-Holstein from 1863, although in reality Prussia took overlordship and real administrative power.

Max Nonne was a German neurologist.

Tönning is a town in the district of Nordfriesland in the German state of Schleswig-Holstein.

Christian August II, Duke of Schleswig-Holstein-Sonderburg-Augustenburg, commonly known as Christian, Duke of Augustenborg, was a German prince. During the 1850s and 1860s, he was a claimant to the provinces of Schleswig and Holstein, and a candidate to become king of Denmark following the death of King Frederick VII. He was the father-in-law of Princess Helena and the paternal grandfather of Augusta Victoria, Empress of Germany and wife of Kaiser Wilhelm II.

Esmarch bandage in its modern form is a narrow soft rubber bandage that is used to expel venous blood from a limb (exsanguinate) that has had its arterial supply cut off by a tourniquet. The limb is often elevated as the elastic pressure is applied.The exsanguination is necessary to enable some types of delicate reconstructive surgery where bleeding would obscure the working area. A bloodless area is also required to introduce local anaesthetic agents for a regional nerve block. This method was first described by Augustus Bier in 1908.(

Fedor Krause was a German neurosurgeon who was native of Friedland.

Georg Friedrich Louis Stromeyer was a German surgeon. He was born and died in Hanover. He was the son of surgeon Christian Friedrich Stromeyer (1761–1824). 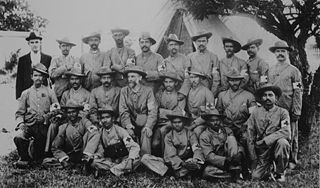 The Second Boer War was fought from 11 October 1899 until 31 May 1902, between the British Empire and the two independent Boer republics of the Orange Free State and the South African Republic. It was a lengthy war involving large numbers of troops which ended with the conversion of the Boer republics into British colonies, with a promise of limited self-government. These colonies later formed part of the Union of South Africa. 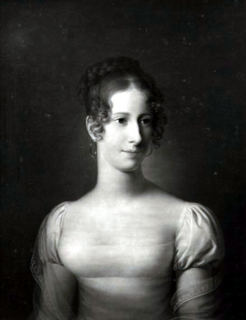 Countess Louise Sophie af Danneskiold-Samsøe was a member of a Danish noble family descended illegitimately from Christian V of Denmark, and the wife of Christian August II, Duke of Schleswig-Holstein-Sonderburg-Augustenburg. She was the grandmother of German Empress Auguste Victoria, wife of the last German Emperor Wilhelm II.

Arbeiter-Samariter-Bund Deutschland or ASB is a German charitable aid agency founded in 1888.

Heinrich Helferich was a German surgeon. He was the father of chemist Burckhardt Helferich 1887–1982).

St. Nikolai is the name of a Protestant parish and its church in Kiel, the capital of Schleswig-Holstein, Germany. It is the town's oldest building, at the Alter Markt. It was dedicated to Saint Nicholas. In the 19th century, it was remodeled in Gothic Revival style. Destroyed in World War II, it was rebuilt with a simpler contemporary interior. It features notable artworks such as a bronze baptismal font from 1340, an altar from 1460, a triumphal cross from 1490, a wood-carved pulpit from 1705, and outside a bronze by Ernst Barlach from 1928.

Wolfgang Teuchert was a German art historian and historic preservationist.

Rudolf Bülck was a German librarian.