In 1971, Wai Hong sponsored the first all open style full-contact kung fu tournament in the US and which became the model for future US full-contact tournaments.[ citation needed ] [7] He also founded the Eastern United States Kung-Fu Federation, which he led for eight years. [8] Fu-Jow Pai has appeared in multiple movies, documentaries, and tournaments. [5] [9]

Wong Fei-hung was a Chinese martial artist, physician, and folk hero. He has become the subject of numerous martial arts films and television series. He was considered an expert in the Hung Ga style of Chinese martial arts. As a physician, Wong practised and taught acupuncture, Dit Da and other forms of traditional Chinese medicine in Po Chi Lam, a medical clinic in Guangzhou City, Guangdong Province. A museum dedicated to him was built in his birthplace in Foshan City, Guangdong Province.

Southern Praying Mantis is a Chinese martial art originating with the Hakka people. It is most closely associated with styles such as Southern Dragon Kung Fu and Bak Mei.

In the Chinese martial arts, imagery of the Five Animals, Ng Ying Kungfu Chinese: 五形; pinyin: wǔ xíng; lit.: 'Five Forms')—Tiger, Crane, Leopard, Snake, and Dragon—appears predominantly in Southern styles, especially those associated with Guangdong and Fujian Provinces. An alternate selection which is also widely used is the crane, the tiger, the monkey, the snake, and the mantis.

Chiu Chi Ling is a martial artist and actor who appears mostly in Kung Fu style movies produced in Hong Kong. He also teaches Hung Gar Kung Fu at Chiu Chi Ling Hung Gar Kung Fu Association, a San Francisco-based martial arts school he founded, and at the old Chiu Family Kwoon in Hong Kong. Every year he visits his students and grand students around the world and organizes worldwide Kung Fu tournaments. The Kung Fu lineage he is part of was passed down directly from southern shaolin temple and carries names like Hung Hei Gung and Wong Fei Hung.

Jow Ga Kung Fu is a form of Kung Fu. It was founded by Jow Lung who was born in 1891, on the eleventh day of the third lunar month in Sa Fu Village of the Canton Province, and died in 1919. His father was Jow Fong Hoy and his mother’s maiden name was Li. At the time of its inception, this particular style of Kung Fu was labeled as having the head of Hung Gar, the tail of Choy Gar and the patterns of the tiger and leopard, or simply Hung Tao Choy Mei. It was so labeled because the essential techniques incorporated the muscular and mighty movements of Hung Gar and the swift footwork and complex kicking of Choy Gar, making it a very effective form of self defense with emphasis on simultaneous attack and defense.

Lam Sai-wing was a Hung Gar martial artist. He was a student of the Chinese martial artist, acupuncturer and folk hero of Cantonese ethnicity, Wong Fei-hung.

Tung Kong Chow Gar Tong Long is a southern Chinese martial art of the Hakka (客家) people. It is one of the four major schools in Southern Praying Mantis, the other schools being Chu Gar, Kong Sai Jook Lum, and Tit Ngau. It is an aggressive style with emphasis on close range fighting. These skills are developed by utilizing a range of training techniques which have been developed over several centuries. 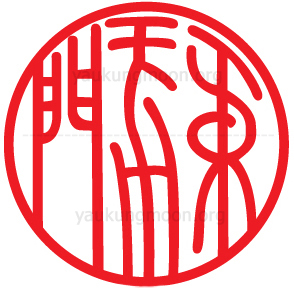 Last Hero in China is a 1993 Hong Kong martial arts film written and directed by Wong Jing. It is a derivative of the Once Upon a Time in China film series, and unlike other imitations, it can be considered a spin-off or parody to some extent. It was released after the first three films in the Once Upon a Time in China franchise. The film starred Jet Li as Chinese martial arts master and folk hero of Cantonese ethnicity, Wong Fei-hung and the action choreography was done by Yuen Woo-ping. However Last Hero in China differs greatly in tone from the Once Upon a Time in China films as it contains stronger elements of violence and broader, more slapstick, comedy. The film has some easter eggs, such as: a Lifebuoy poster in the 19th century, a staff of the Monkey King, a guandao and Ne Zha's Universe Ring 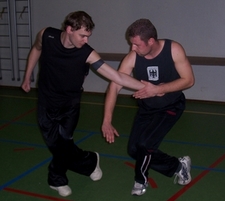 Ng Mui (Chinese: t 伍枚, p Wú Méi; Cantonese: Ng5 Mui4) is said to have been one of the legendary Five Elders—survivors of the destruction of the Shaolin Temple by the Qing Dynasty. 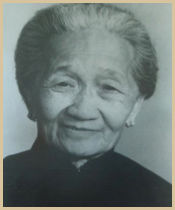 The Magnificent Kick is a 1980 Hong Kong martial arts biography film. The film is a flashback story of the life of Wong Fei Hung, the Chinese martial arts master and folk hero of Cantonese ethnicity, and is named after his trademark move- a kick too fast to be countered, known as 'the shadowless kick'. The director is Daniel Lau Tan-Ching, and the producer is Ng Why. The film stars Kwan Tak-hing, Jason Pai-piao, Cecilla Wong Hang-sau and Han Ying-chieh. The production company is Friendship Films (H.K.) Co, Hsu Tang is the production manager, the screenplay is by Sze-To On, and the script supervisor is Wong Mei Ling. The martial art used in the film by Kwan Tak-hing is Hung Ga / Hung Gar.

Chan Kowk Wai was born on April 3, 1936, at Toisaan in the province of Canton, China. He introduced traditional Shaolin Kung Fu to Brazil through the China-Brazil Kung Fu Academy. His disciples have spread as far as the USA, Canada, Spain, Argentina and the Czech Republic.