Beihai is a prefecture-level city in the south of Guangxi, People's Republic of China. Its status as a seaport on the north shore of the Gulf of Tonkin has granted it historical importance as a port of international trade for Guangxi, Hunan, Hubei, Sichuan, Guizhou, and Yunnan. Between the years 2006 and 2020, Beihai is predicted to be the world's fastest growing city. Beihai has a large shipyard, but most of the money generated in the city is derived from trade. 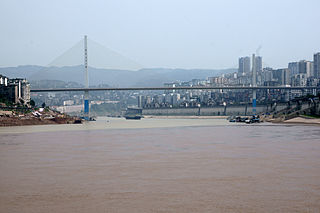 Fuling is a district in the geographical center of Chongqing Municipality, China. 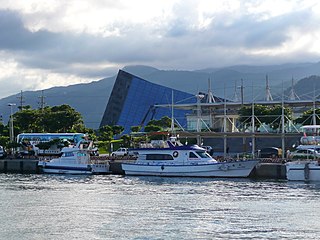 Toucheng Township is an urban township in Yilan County, Taiwan. The township includes Guishan Island and Guiluan Island in the Philippine Sea. The Senkaku Islands, known in Mandarin as the Diaoyu Islands, are claimed as part of the township.

The Dabancheng District or Dawan Cheng is one of 7 urban districts of the prefecture-level city of Wulumuqi, the capital of Xinjiang Uygur Autonomous Region, Northwest China. Located southeast of the Ürümqi urban area, it contains an area of 5,042 km2 (1,947 sq mi). According to the 2002 census, it has a population of 40,000.

Kosančić is a village in Serbia. It is situated in the Vrbas municipality, South Bačka District, Vojvodina province. The village has a Serb ethnic majority and its population numbering 163 people.

Fucheng County is a county in Hengshui, Hebei province, China.

Fucheng may refer to the following settlements in the People's Republic of China: 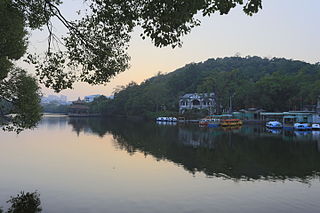 Xiangqiao District is a district under the administration of Chaozhou city, in Guangdong province of the People's Republic of China. Its name comes from the ancient Xiangzi Bridge that once lay in its territory. The total area of the district is 176 square kilometers, and its population in 2003 was 343,500 people. 78,800 of these people are farmers, while 264,600 are not. The government of Xiangqiao district is located in the Fucheng area of Chaozhou, and the district has a long history and a rich culture. 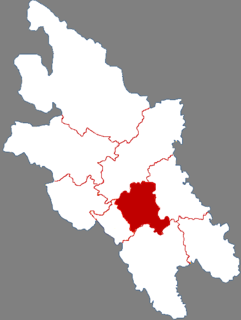 Youxian District is a district of the city of Mianyang, Sichuan Province, China.

Fengyang County is a county in north-central Anhui Province, China. It is under the administration of Chuzhou, a prefecture-level city.

Chaoyang Subdistrict may refer to the following subdistrict names in Chinese cities:

Qingyi is a town in Fucheng District, Mianyang, Sichuan province, China. As of 2018, it had 2 residential communities and 8 villages under its administration.

Jinfeng is a town under the administration of Fucheng District, Mianyang, Sichuan, China. As of 2018, it has one residential community and 8 villages under its administration.

Fuyang is a town under the administration of Wuchuan Gelao and Miao Autonomous County, Guizhou, China. As of 2018, it has 2 residential communities and 7 villages under its administration.