FUEL TV is a FAST (Free Advertising Streaming Television) channel on 7plus [1] and formally a cable and satellite action sports network that airs in Australia between 2004 and 2014. It first launched in 2004, and was owned by Fox Sports Pty Ltd.

It also screened limited original content, UFC programming, Impact Wrestling and formerly aired Attack of the Show! and X-Play from G4 until their January 2013 cancellation. It also showed live coverage of all ASP World Tour men's surfing events. It was also used as an "overflow" channel for Fox Sports Australia when all 3 main Fox Sports are being used for other obligations and they have a fourth, motorsport/extreme sport obligation, which gets shown on FUEL TV live, and delayed on Fox Sports.

For non-motorsport/extreme sport obligations, Pay-per-view channel Main Event was used to broadcast the program under the "Fox Sports Plus" banner, for no extra cost, to a Foxtel/Austar subscription.

Sky News Australia is an Australian right-wing 24 hour cable and satellite channel available on the Foxtel and Optus Television subscription platforms and on free-to-air television in regional and non-metropolitan areas throughout Australia. It is also available in New Zealand on Sky Television and Vodafone. As well as being a general news channel, Sky News Australia promotes conservative political views, ideologies and policies. The platform is owned by Rupert Murdoch’s News Corp Australia.

Fox Sports 2 (FS2) is an American sports-oriented pay television channel owned by the Fox Sports Media Group, a unit of Fox Corporation. The channel is based at the Fox Sports division's headquarters in the Westwood section of Los Angeles, California.

Outdoor Channel is an American pay television channel focused on the outdoors, offering programming that includes hunting, fishing, Western lifestyle, off-road motorsports and adventure. The network can be viewed on multiple platforms including high definition, video on demand as well as on its own website. In 2013, Outdoor Channel was acquired by Kroenke Sports Enterprises.

Fox Sports is an Australian group of sports channels owned and operated by Foxtel. Its main competitors are ESPN and beIN Sports, both available as part of a Foxtel or Kayo Sports subscription.

Freeview is the brand name of the digital terrestrial television platform in Australia intended to bring all of free-to-air (FTA) broadcasters onto a consistent marketing platform, to compete against subscription television, in particular Foxtel. The strategy coincided with the expansion to 3 digital channels for each FTA network and the planned phasing out of analog television in Australia. Important services from Freeview include its free-to-air channels with an enhanced EPG across all channels. Freeview also certifies televisions, set-top boxes and personal video recorders (PVR) which meet its standards.

Stan is an Australian subscription video streaming service. It was launched on 26 January 2015. Stan originally was founded as StreamCo Media, a joint venture between Nine Entertainment Co. and Fairfax Media. In August 2014, each company invested A$50 million in StreamCo. StreamCo was renamed Stan Entertainment in December 2014, prior to the January 2015 launch of the streaming service. Nine Entertainment would ultimately acquire Fairfax Media in 2018, making Stan a wholly owned subsidiary of Nine Digital. 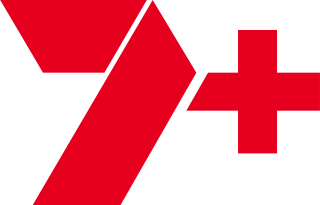 The 2019–20 Women's Big Bash League season or WBBL|05 is the fifth season of Women's Big Bash League (WBBL), the semi-professional women's Twenty20 domestic cricket competition in Australia. The tournament moved to a standalone calendar slot, shifting away from the men's BBL, beginning on 18 October and running to 8 December 2019.

James Warburton is an Australian businessman who is currently Managing Director and Chief Executive Officer of Seven West Media.