Future Television (Arabic : تلفزيون المستقبل‎, Televiziyon al-Mustaqbal) was a Lebanese free-to-air television station founded in 1993 by the Future Movement leader Rafik Hariri, a former Prime Minister of Lebanon. Future TV was also available via satellite in the Arab World, European Union, United States, Canada, and Australia. Politically, the channel supported the views of the Future Movement. The channel also had a sister channel, Future News, which is also defunct.

Future Television was a Lebanese owned and operated company founded in 1993. First launched in Lebanon on February 15, 1993, Future Television, although the youngest of the Lebanese stations back then, became the nation's fastest growing station.

In October 1994, Future Television started a trial satellite broadcasting over the footprint of Arabsat 1D. The testing period lasted two months. Shortly after, Future International was launched on the Arabsat 2A transponder.

Future Television was forced into closing on May 9, during the 2008 Lebanon conflict. After moving its broadcasting headquarters, the station was back on the air on May 13 at 4:30 p.m (Lebanese Local Time). On May 16, the station went back to its original offices.

In a statement issued September 18 by his media office, Hariri said: “It is with a heavy heart that I announce today the decision to suspend work at Future TV and settle workers’ wages for the same financial reasons that led to the closing of Al-Mustaqbal newspaper. The decision was not an easy one for me or for the men and women of the Future Movement nor is it for the generation of the founding personnel and the millions of Lebanese and Arab viewers of Future TV who had stayed loyal to the station for more than a quarter of a century”. [1]

The decision highlights the worsening financial crisis in which Hariri has been trapped since the dissolution of Saudi-Oger, his father's construction and services company in Saudi Arabia. The company had been the pillar of the Hariri family fortune. [1]

Its most famous talk show was Sireh wo infatahit سيرة وأنفتحت (Arabic for Open for Discussion) hosted by Zaven Kouyoumdjian. The show, which discussed various social and political issues, was thought to be the highest rating talk show in the Arab World.

Future TV's longest running show was Khaleek bill bait خليك بالبيت (Arabic for Stay at Home) hosted by Zahi Wehbe. The show interviewed artists and intellectuals from the Arab World. The show used to be co-hosted by Shahnaz Abdallah.

Al-Mustaqbal newspaper, also owned by the Hariri family, closed its print operations in January for similar reasons, thus threatening the survival of Hariri's Future Movement as a political project while Hezbollah's media empire remained very active despite the militant group's own financial woes.

Super Star was an Arabic television show based on the popular British show Pop Idol created by Simon Fuller's 19 Entertainment & developed by Fremantle Media. The show unites the Arab community by democratically choosing the next singing sensation. The show is broadcast worldwide on Future TV, a Lebanese television station. It is also the first Idol franchise to feature contestants from multiple countries.

Saad El-Din Rafik Al-Hariri is a Lebanese-Saudi politician who served as the prime minister of Lebanon from 2009 to 2011 and 2016 to 2020. The son of Rafic Hariri, he founded and has been leading the Future Movement party since 2007. He is seen as "the strongest figurehead" of the March 14 Alliance. 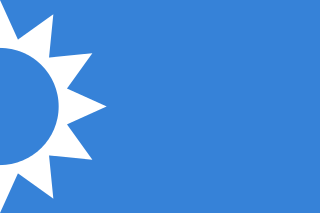 The Future Movement is a Lebanese political party affiliated with the Sunni sect. Founded in 2007, the party is led by Saad Hariri.

The Lebanese Broadcasting Corporation International, widely known as LBCI, is a private television station in Lebanon. LBCI was founded in 1992 by acquiring the assets, liabilities and logo of LBC, an entity founded in 1985 during the Lebanese Civil War by the Lebanese Forces militia. LBCI went global in 1996 when it launched its satellite channel LBC Al-Fadha'iya Al-Lubnaniya covering Lebanon, the Arab world, Europe, America, Australia and Africa.

Zaven Kouyoumdjian is a well-known Lebanese talk show host, producer and television personality of both Armenian and Lebanese descent. He is also a media consultant and author of a best-selling book Lebanon Shot Twice. Zaven launched a new television talk show Bala Toul Sire in November 2014 that is said to reshape the television talk show experience in Lebanon.

Télé Liban is the first Lebanese public television network, owned by the Lebanese government. It was a result of a merger of the privately run Compagnie Libanaise de Télévision (CLT) and Télé-Orient. TL is the current Lebanese member of the European Broadcasting Union (EBU).

OTV is a publicly traded television station in Lebanon, connected to the Free Patriotic Movement political party. It is nicknamed 'Orange TV' due to its orange logo, which has been linked with the FPM, whose logo is also orange.

Television in Syria was formed in 1960, when Syria and Egypt were part of the United Arab Republic. It broadcast in black and white until 1976. In 1985 a second channel was established and in 1995 Syrian television rented a channel on Arabsat and it started broadcasting eight hours daily via satellite in 1996. Syrian channels are mostly owned and controlled by the Syrian Arab Television and Radio Broadcasting Commission (SATRBC) which is connected to the Ministry of Information. It has 4,800 staff; both government employees and freelancers. 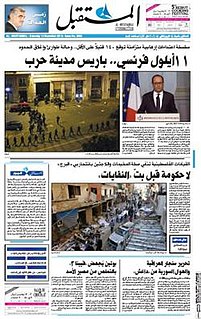 Al-Mustaqbal is an Arabic language online newspaper in Lebanon, headquartered in Beirut and is an official publication of the Future Movement. In 2019, it was announced that the newspaper would cease publication of its paper edition, but that it would continue online.

Hagop Kassarjian is a Lebanese politician of Armenian descent.

Television in Lebanon arose as a private initiative and not a state-institution. Lebanon was the first country in the Middle East & the Arab world to have indigenous television broadcasting. Various Arab televisions emulated the Lebanese model. 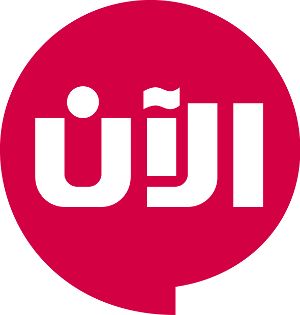 Al Mayadeen is a pan-Arabist satellite television channel launched on 11 June 2012 in Beirut, Lebanon. Its programming is predominantly news. It has news reporters in most Arab countries. In the pan-Arab TV news market it competes against Al Jazeera and Al Arabiya, and also against Sky News Arabia and BBC Arabic Television. At its founding in 2012 many of Al Mayadeen's senior staff were former correspondents and editors of Al Jazeera. Al Mayadeen is viewed as pro-Hezbollah and pro-Syrian government.

Television in Saudi Arabia was introduced in 1954. It is now dominated by just five major companies: Middle East Broadcasting Center, SM Enterprise TV, Lebanese Broadcasting Corporation, Rotana and Saudi TV. Together, they control 80% of the pan-Arabe broadcasting market. Saudi Arabia is a major market for pan-Arab satellite and pay-TV. Saudi investors are behind the major networks MBC, which is based in Dubai, and Emirates based OSN. The Saudi government estimated that in 2000 the average Saudi spent 50% to 100% more time watching television than his or her European or US counterpart. On average, 2.7 hours are spent daily watching TV in Saudi Arabia.

Orient News is a Syrian media group owned by Syrian businessman, journalist and opposition figure Ghassan Aboud, based in Dubai, providing news service to the Middle East with a focus on Syria.

Dr. Hala is a Lebanese television series produced in 2009 by Marwa Group. The series was written by Claudia Marchalian.