Fwanyanga Matale Mulikita (24 November 1928 – 2 September 1998) was a Zambian politician. He held several ministerial positions during the late 1960s and 1970s, and was later Speaker of the National Assembly

Mulikita was born in Sefula in the Barotseland region of Northern Rhodesia in 1928. [1] He attended Barotseland National School for his primary education, before moving onto Munali Secondary School in Lusaka. [2] He then attended the University of Fort Hare in South Africa, earning a BA. [2] After obtaining a scholarship, he studied at Stanford and Columbia University in the United States, earning an MA in psychology. [2]

Upon returning to Northern Rhodesia, Mulikita worked as a teacher and an education officer. After taking a correspondence course in journalism he started writing short stories. [1] Following independence in 1964 he was appointed Permanent Secretary at the Ministry of Education. [1] He was later posted to the United Nations as the country's first Permanent Representative, [3] before returning home to become Permanent Secretary at the Ministry of Foreign Affairs in 1967. [1]

Following the 1968 general elections, Mulikita was appointed as a member of the National Assembly by President Kenneth Kaunda, and was also made Minister for Luapula Province. [1] He subsequently became Minister of Labour and Social Services in 1970 and Minister of Power, Transport and Works in 1971. [1]

Mulikita was appointed Minister of Education in August 1973. In the December 1973 general elections Mulikita was elected to the National Assembly in the Mongu constituency. In 1976 he left the cabinet.

In 1988 Mulikita returned to the National Assembly after being elected as its Speaker. He held the post until being replaced by Robinson Nabulyato in 1991. In 1992 he became Chancellor of Copperbelt University. [2] He died at the University Teaching Hospital in Lusaka on 2 September 1998. [4]

Mulikita was married with four children and owned a farm at Chilanga. [4] 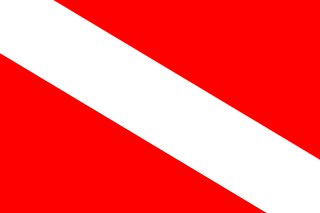 Barotseland is a Kingdom between Namibia, Botswana, Zimbabwe, Zambia and Angola. It is the homeland of the Lozi people or Barotse, or Malozi, who are a unified group of over 20 individual formerly diverse tribes related through kinship, whose original branch are the Luyi (Maluyi), and also assimilated Southern Sotho tribe of South Africa known as the Makololo.

Rupiah Bwezani Banda is a Zambian politician who was President of Zambia from 2008 to 2011.

Fay King Chung is a Zimbabwean educator and was an independent candidate for the March 2008 Zimbabwean senatorial election. Chung has worked to extend access to education and to bring ‘education-with-production’ principles into school curricula in Zimbabwe and other developing countries. 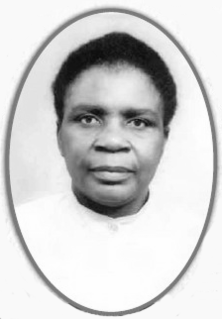 Clement Wainyae Sinyinda is a Zambian politician. He served as a member of the National Assembly for the Senanga Central constituency between 2006 and 2011. He also held the post of Ngambela of the Barotse Royal Establishment, a Barotseland self-determination movement.

Andrew Elias Kashita was a Zambian politician. He served as Member of the National Assembly and held several ministerial posts.