Günther distinguished himself as a diplomat in the service of Emperor Louis IV on whose death in 1347 he was offered the throne after it had been refused by Edward III of England. He was elected king at the Dominican monastery in Frankfurt on 30 January 1349 by four of the electors, who were partisans of the house of Wittelsbach and opponents of Charles (Karl) of Luxembourg, later the Emperor Charles IV.

Günther justified his legitimacy by the fact that - unlike Charles who was elected in Rhens - he had been chosen "at the right place," Frankfort. Günther argued also that Charles had not been crowned in the right place (not in Aachen, but in Bonn). Indeed the city had recognized Charles IV's legitimacy after Ludwig's death and made Günther wait a week in the field before entering the city. It was not until February 6th that Günther moved into the city, where he was introduced to his office in the old tradition, confirmed the privileges of the city, and in return received homage from its citizens.

Charles, however, won over many of Günther's adherents and defeated Günther's army near Eltville on the Rhine River. Günther, who had become seriously ill, renounced all claims to the throne for the sum of 20,001 marks of silver on May 26, 1349, in the Treaty of Eltville which also included amnesty for his followers.

Günther died three weeks later at the Johanniter monastery in Frankfurt, presumably from the Black Death. Günther himself suggested that he had been poisoned; however, this cannot be proven historically.

At the instigation of Charles IV, Günther was buried in the Frankfurt Cathedral with royal honors. His headstone, a masterpiece of gothic art, was erected in 1352. The Schwarzburgstraße and the Schwarzburgschule, as well as Güntherstraße in Frankfurt are named after him.

Günther von Schwarzburg is also the subject of a Singspiel in three acts by Ignaz Holzbauer, first performed in 1777.

Schwarzburg is one of the oldest noble families of Thuringia. Upon the death of Prince Friedrich Günther in 1971, a claim to the headship of the house passed under Semi-Salic primogeniture to his elder sister, Princess Marie Antoinette of Schwarzburg who married Friedrich Magnus V, Count of Solms-Wildenfels. Reigning over the County of Schwarzburg and founded by Sizzo I of Schwarzburg, the family split in the 16th century into the lines of Schwarzburg-Sondershausen and Schwarzburg-Rudolstadt, with the Sondershausen dying out in 1909. 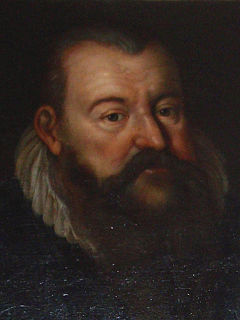 Anthony Günther, Count of Oldenburg was an Imperial Count and a member of the House of Oldenburg