GKN Automotive is a multinational manufacturer of driveline components, all-wheel drive systems and eDrive systems for the automotive industry. [1] It employs around 27,500 people across 51 manufacturing facilities and 6 technology centres in 20 countries. [2] In 2018, GKN Automotive’s parent company, GKN Ltd, was acquired by Melrose [3] and its automotive business was renamed GKN Automotive. [4] This encompasses both the Driveline and ePowertrain divisions. [5]

GKN Automotive became the world's largest producer of constant-velocity joints (CVJs), which it began manufacturing in the 1960s for early front-wheel drive cars like the original Mini [6] Its other products include sideshafts, propshafts, modular eDrive systems, multi-mode hybrid transmissions for plug-in hybrid electric vehicles, torque vectoring systems for electric drivelines and a range of all-wheel drive and four-wheel drive systems. [7]

The origin of GKN (Guest, Keen & Nettlefolds) goes back to 1759 and the founding of the Dowlais Ironworks by the industrialists Thomas Lewis and Isaac Wilkinson. [9] It has changed shape and direction many times to hold its place in the engineering industry. The company took part in the railway boom in the early 1800s with its production of iron, then steel in the 1860s and, after the First World War, the automotive industry.[ citation needed ]

In 1966 after being advised GKN Steel would be nationalised for the second time GKN bought CVJ market leaders Birfield Industries with its subsidiaries Hardy Spicer and Laycock Engineering with their interests and subsidiaries in Europe, Japan and the United States to save its BRD subsidiary. [10] It was the start of the company's globalization. GKN established a manufacturing presence in China in 1988. At the same time GKN Driveline was investing in and growing its business in India, Brazil and Mexico.[ citation needed ]

A CVJ, or constant velocity joint, transfers power from the transmission to the front wheels, allowing articulation and movement for steering and suspension. [11] The three major elements are: inboard and outboard CVJs, including lubrication and sealing systems, and interconnecting shafts. The inboard joint is a plunging joint that allows the effective length of the sideshaft to adjust due to suspension movement. The outboard joint needs to transfer power effectively through a wide range of angles (up to 53 degrees).

AWD Systems are for all-wheel drive (AWD) vehicles. [12] GKN Driveline has unique developments for partial or full AWD vehicles. Within AWD Systems, GKN Driveline offers one, two or three-piece high speed propshafts made from steel, aluminium or composite tubes. Forefront example of this technology is used in the custom made to order by Ford Performance for the Ford Focus RS launched in 2016. [13] It utilizes an intelligent torque vectoring AWD system with rear differentials. This AWD system is also used in various vehicles by GM, Volvo and other car manufacturers. [14] [15]

Electric drive transmissions can transmit up to 300 kW of power, they are available with ratios up to 14:1 and can be matched with E-motors from various suppliers to allow flexible application.

A differential is a gear train with three shafts that has the property that the rotational speed of one shaft is the average of the speeds of the others, or a fixed multiple of that average. 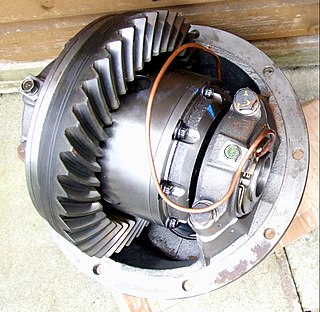 Constant-velocity joints allow a drive shaft to transmit power through a variable angle, at constant rotational speed, without an appreciable increase in friction or play. They are mainly used in front wheel drive vehicles. Modern rear wheel drive cars with independent rear suspension typically use CV joints at the ends of the rear axle halfshafts and increasingly use them on the drive shaft. 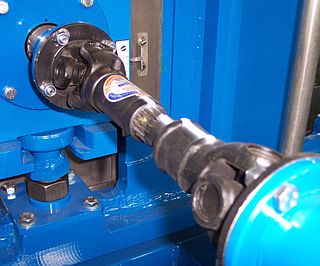 A viscous coupling is a mechanical device which transfers torque and rotation by the medium of a viscous fluid. 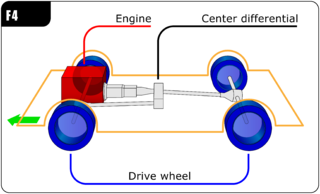 In automotive design, an F4, or front-engine, four-wheel drive (4WD) layout places the internal combustion engine at the front of the vehicle and drives all four roadwheels. This layout is typically chosen for better control on many surfaces, and is an important part of rally racing, as well as off-road driving. In terms of racing purposes, whether it be on-road or off-road, can be described as followed, "A team that pursues the Weak LS4WD architecture will minimize the development cost of the front-wheel drive system at the expense of having a larger rear powertrain. The Weak architecture produces a vehicle with a large powersplit between the front and rear powertrains, while the Strong architecture recommends a vehicle with more similar power and torque requirements for the front and rear."

The Land Rover Range Rover Evoque is a series of subcompact luxury crossover SUVs produced by the British manufacturer Jaguar Land Rover, a subsidiary of Tata Motors, under their Land Rover marque. The original Evoque was a development of the Land Rover LRX concept vehicle, which was unveiled at the North American International Auto Show in January 2008. The first generation Evoque was produced from July 2011 until 2018 in three- and five-door versions, with both two-wheel and four-wheel drive. The second generation car started production in 2018 by Range Rover. 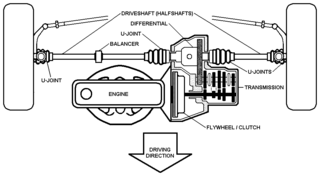 The drivetrain, also frequently spelled as drive train, or sometimes drive-train, is the group of components of a motor vehicle that deliver power to the driving wheels. This excludes the engine or motor that generates the power. In contrast, the powertrain is considered to include both the engine and/or motor(s), as well as the drivetrain.

The Symmetrical All-Wheel Drive is a full-time four-wheel drive system developed by a Japanese automobile manufacturer Subaru. The SAWD system consists of a longitudinally mounted boxer engine coupled to a symmetrical drivetrain with equal length half-axles. The combination of the symmetrical layout with a flat engine and a transmission balanced over the front axle provides optimum weight distribution with low center of gravity, improving the steering characteristics of the vehicle. Ever since 1966, most of the Subaru models sold in the international market are equipped with the SAWD system by default, with the rear wheel drive BRZ and kei cars as the exceptions. 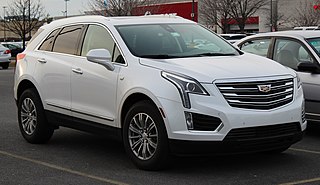