He was born at Beaurevoir in the département of Aisne. He studied history at the École des Chartes, and became maître de conférence in the École des Hautes Études. His political career was that of a civil servant rather than a party politician. In 1879 he entered the ministry of foreign affairs as a secretary, and rose gradually through the diplomatic service.

In 1886, he was elected deputy for Aisne, but, defeated in 1889, he returned to his diplomatic career, and on 31 May 1894 accepted the offer of Charles Dupuy to be minister of foreign affairs. With one interruption (from 28 October 1895 to 29 April 1896, during the ministry of Leon Bourgeois) he held this portfolio until 14 June 1898. During his ministry he developed the rapprochement of France with Russia—visiting Saint Petersburg with the president, Félix Faure—and sought to delimit the French colonies in Africa through agreements with the British. The Fashoda Incident of July 1898 was the most notable result of this policy. This seems to have intensified Hanotaux's distrust of England, which is apparent in his literary works (though most of these were written after he had left the Quai d'Orsay).

Hanotaux was elected a member of the Académie française on 1 April 1897. He served as a delegate for France with the League of Nations and participated in the 1st (15 November – 18 December 1920), 2nd (5 September – 5 October 1921), 3rd (4–30 September 1922) and 4th Assemblies (3–29 September 1923). In the early 1920s, there were proposals for the League of Nations to accept Esperanto as a working language. Ten delegates accepted the proposals with only one voice against, the French delegate, Gabriel Hanotaux. The French employed their veto as a member of the League Council on all such votes, starting with the vote on December 18, 1920. [1] Hanotaux did not like how the French language was losing its position as the international language of diplomacy and saw Esperanto as a threat. [2]

Gabriel Hanotaux died in Paris in 1944 and was interred in the Passy Cemetery. His home in Orchaise now serves as a botanical garden, the Parc botanique du Prieuré d'Orchaise.

Four volumes of his memoir, Mon Temps were published between 1933 and 1947.

Maurice Vaïsse is a French historian specialised in international relations and Defence. He is an Editorial Board member on Journal of Intelligence and Terrorism Studies.

Robert-Henri Bautier was a French historian, archivist, and medievalist. He was elected a member of the Royal Academy of Science, Letters and Fine Arts of Belgium in 1986.

Annie Lacroix-Riz is a French historian, professor emeritus of modern history at the university Paris VII - Denis Diderot, specialist in the international relations in first half of the 20th century and collaboration. Her work concerns the political, economic and social history of the French Third Republic and Vichy Government, the relations between the Vatican and Reich, as well as the strategy of the political elites and economic French before and after the Second World War. She is also known for her communist commitment. She denounces contemporary history under the alleged influence of the world of finance. However, she is criticized by many historians because she is considered politically biased, inclined to be revisionist about supposed communist crimes and a believer in the Synarchist conspiracy theory.

Pierre Louvet was a 17th-century French historian, archivist and historiographer. He was one of the few seventeenth historians who worked as an archivist and the only one to specialize in local history. 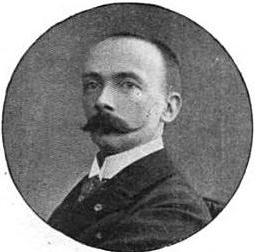 Émile Molinier was a 19th-century French curator and art historian.

Marc H. Smith is a French historian and palaeographer Born in Newcastle upon Tyne in England, he has both French and British citizenship.

Yann Le Bohec is a French historian, specializing in ancient Rome, in particular North Africa during Antiquity and military history.

William Seston was a 20th-century French historian and epigrapher, a specialist of the history of the Roman Empire. He was professor at the Sorbonne and a member of the Académie des Inscriptions et Belles-Lettres.

Dominique Briquel is a French scholar, a specialist of archaeology and etruscology. Briquel studied at the École Normale Supérieure from 1964 to 1969 and was a member of the École française de Rome from 1971 to 1974. Since 1974 he taught Latin at the École Normale Supérieure. From 1984 to 1996 he was a professor of Latin at the University of Burgundy in Dijon. Since 1992, he has been Director of studies at the École pratique des hautes études, in the department of historical and philological sciences and since 1996, professor of Latin at the Université de Paris-Sorbonne.

Alphonse Péron was a French soldier and amateur naturalist. He used his spare time to pursue his interest in paleontology, and authored or coauthored several important works on the geology and paleontology of France and Algeria. 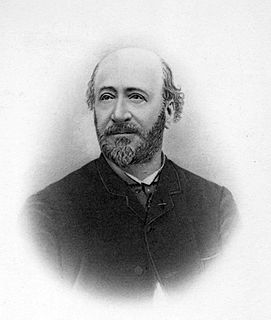