It was made in Prague during the German occupation of Czechoslovakia. The film's sets were designed by the art director Alois Mecera.

The Manifesto of Czech writers was the first public declaration in favour of the self-determination of the Czech nation during the First World War. It was published in May 1917. The declaration was directed at the Czech deputies at the Imperial Council in Vienna, the Parliament of the Austrian parts of the Austro-Hungarian Empire.

Station Master is a 1941 Czech language film, starring the then star comedian Vlasta Burian. It has a running time of 88 minutes and was directed by Jan Sviták.

Hordubalové is a Czech drama film directed by Martin Frič. It was released in 1937. It was based on the novel Hordubal by Karel Čapek. 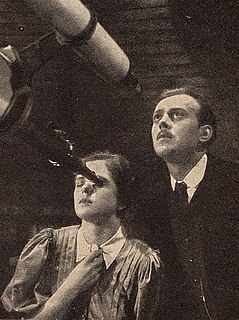 Turbina is a 1941 Czech historical drama film directed by Otakar Vávra and starring František Smolík, Lída Baarová and Vlasta Matulová. It is based on a novel by Karel Matěj Čapek-Chod.

Guard 13 is a 1946 Czech crime film directed by Martin Frič.

A Dead Man Among the Living is a 1949 Czech thriller film directed by Bořivoj Zeman and starring Karel Höger, Eduard Dubský and Vjaceslav Irmanov. The film is based on the 1931 novel To levende og en død by the Norwegian writer Sigurd Christiansen. Following an armed robbery at his office, a postal worker suffers a crisis of conscience.

I Dutifully Report is a 1958 Czechoslovak comedy film directed by Karel Steklý. It is the sequel to The Good Soldier Schweik.

The Poacher from Egerland is a 1934 Austrian-Czech drama film directed by Walter Kolm-Veltée and Vladimír Majer and starring Oskar Marion, Frantisek Slégr and Markéta Krausová.