Gabrielle Anne Carteris (born January 2,1961) is an American actress and trade union leader. Her best known acting role was as Andrea Zuckerman during the early seasons of the 1990s television series Beverly Hills,90210 .

In 2012,Carteris was elected as executive vice president of SAG-AFTRA,a trade union representing over 100,000 actors and other professionals mainly in the United States. She assumed the position of acting president of the union following the death of the previous president,Ken Howard,on March 23,2016. [1] On April 9,2016,Carteris was elected SAG-AFTRA president by national board to serve out the remainder of Howard's term. [2] She was re-elected to the position in August 2017 and August 2019 by full membership vote. [3]

Carteris was born in Scottsdale,Arizona, [4] to Marlene,a realtor,and Ernest J. Carteris,a restaurant owner. She has a twin brother,James. [5] [6] Her father was of Greek ancestry [7] whereas her mother is Jewish. [8] Her parents separated six months after her birth. Carteris's mother moved with her children to San Francisco,California,where she set up a children's clothing store. While attending Redwood High School in Larkspur,California, [6] she took an interest in the arts,studying ballet and performing as a mime on a European tour,at 16 years old. She graduated from Sarah Lawrence College,in 1983,with a bachelor's degree in liberal arts.

After graduating from Sarah Lawrence College,Carteris' early television career found her typically cast as a teenager in such fare as ABC Afterschool Specials,CBS Schoolbreak Special, and the long-running soap opera Another World . This trend of playing significantly younger would continue when,in 1990,Carteris was cast in her best known role as studious school newspaper editor Andrea Zuckerman on Beverly Hills,90210 . At age 29,she was the oldest cast member to portray a 15-year-old. By 1993,while working for the show,her GABCO Productions company signed a deal with Rysher TPE. [9]

Carteris left the series in 1995 and became the host of her own television talk show,entitled Gabrielle ,which lasted only one season. She worked regularly as an actor and voiceover artist,amassing a considerable amount of post-90210 credits in television,film,and video games. She has gone on to become a mainstay on the made-for-television movie circuit,starring in nearly a dozen such films. Her first,Seduced and Betrayed,was released in 1995. She later became a regular presence on network television,appearing in episodes of such television series as Touched by an Angel , King of the Hill , NYPD Blue , JAG , Criminal Minds ,and N.C.I.S. among others. She has appeared in several feature films. Carteris provided the voice for the Motorola intelligent assistant "Mya". [10] [11]

Carteris became the executive vice president of SAG-AFTRA, [12] following the Screen Actors' Guild (SAG) and American Federation of Television and Radio Artists (AFTRA) merger,in 2012. She became acting president of the union,following the death of president Ken Howard,on March 23,2016, [13] [14] and was elected president on April 9,2016,by national board of the union to complete Howard's remainder of his two-year term. [2] As of 2020,she is now on the 3rd two-year term as the president after defeating challengers such as Esai Morales in 2017 and Matthew Modine in 2019 both by direct votes by union membership. She also serves as vice president of the California Labor Federation. [15] [16] In August 2020,she announced that there will be sharp cuts including a raise in the earnings floor to qualify for next year's SAG-AFTRA Health Plan due to two consecutive years of deficits and projected losses in years to come. [17] Carteris did not seek re-election in 2021,backing Fran Drescher as her successor instead. [18]

While filming the pilot of Beverly Hills,90210, Carteris began dating Charles Isaacs,a stockbroker. [19] In 1991,Isaacs moved to L.A. to be with her. [6] After two years together,they got married on May 3,1992,at Santa Barbara's Four Seasons resort. [20] Carteris and Isaacs have two daughters named Kelsey Rose (born May 11,1994) and Mollie Elizabeth (born February 8,1999).

Beverly Hills,90210 is an American teen drama television series created by Darren Star and produced by Aaron Spelling under his production company Spelling Television. The series ran for ten seasons on Fox from October 4,1990,to May 17,2000,and is the first of six television series in the Beverly Hills,90210 franchise. The series follows the lives of a group of friends living in the upscale and star-studded community of Beverly Hills,California,as they transition from high school to college and into the adult world. "90210" refers to one of the city's five ZIP codes. 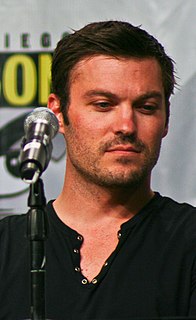 Francine Joy Drescher is an American actress,comedian,writer,activist,and trade union leader. Drescher is known for her role as Fran Fine in the television sitcom The Nanny (1993–1999).

Matthew Avery Modine is an American actor,activist and filmmaker,who rose to prominence through his role as United States Marine Corps Private Joker in Full Metal Jacket. His other film roles include the title character in Birdy,the high school wrestler Louden Swain in Vision Quest,FBI agent Mike Downey in Married to the Mob,Joe Slovak in Gross Anatomy,William Shaw in Cutthroat Island,Drake Goodman in Pacific Heights and Dr. Ralph Wyman in Short Cuts. On television,Modine portrayed the villainous Dr. Martin Brenner in Stranger Things,the oversexed Sullivan Groff on Weeds,Dr. Don Francis in And the Band Played On and Ivan Turing in Proof. 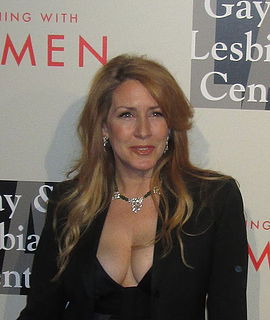 Joely Fisher is an American actress and singer,the daughter of singer Eddie Fisher and actress Connie Stevens,and half-sister of actress Carrie Fisher. Her breakthrough came in 1994,starring as Paige Clark in the ABC sitcom Ellen,for which she received a Golden Globe Award nomination. Fisher later starred in the 1999 comedy film Inspector Gadget and had leading roles in the Lifetime comedy-drama Wild Card (2003-2005),and Fox sitcom 'Til Death (2006-2010).

Ned Vaughn is an American film and television actor who served as vice president of the Screen Actors Guild prior to becoming the founding executive vice president of SAG-AFTRA. He resigned that position on 21 August 2013,when he announced he would run as a Republican candidate for California's 66th State Assembly district,representing Los Angeles County's South Bay region. However,he later withdrew from the race. 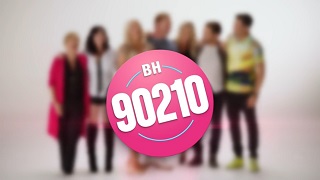 BH90210 is an American comedy-drama television series that premiered on August 7,2019 on Fox. It is the sixth series in the Beverly Hills,90210 franchise. Original series stars Jason Priestley,Shannen Doherty,Jennie Garth,Ian Ziering,Gabrielle Carteris,Brian Austin Green and Tori Spelling return in the new series,playing themselves in a heightened version of reality that is inspired by their real lives and relationships,in which the actors deal with launching a reboot of the 1990s TV series,Beverly Hills,90210. In November 2019,Fox canceled the series after one season. 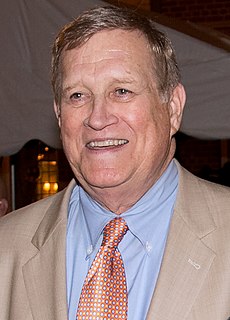 Kenneth Joseph Howard Jr. was an American actor,best known for his roles as Thomas Jefferson in 1776 and as basketball coach and former Chicago Bulls player Ken Reeves in the television show The White Shadow (1978–1981). Howard won the Tony Award for Best Featured Actor in a Play in 1970 for his performance in Child's Play,and later won the Primetime Emmy Award for Outstanding Supporting Actor in a Miniseries or a Movie for his work in Grey Gardens (2009).

Rysher Entertainment,Inc. was an American film and television production company and distributor. It has its roots dating back to 1949 as Bing Crosby Productions,and was best known for the sitcom Hogan's Heroes and the medical drama Ben Casey. BCP was acquired by Cox Enterprises.

Amy Aquino McCoy is an American television,film,and stage actress. The graduate of Harvard and Yale universities has appeared in television series such as Brooklyn Bridge,ER,and Being Human,and was nominated for a Screen Actors Guild Award for her role in Picket Fences. She was co-Secretary/Treasurer of the SAG-AFTRA until August 2015 and currently stars in Amazon Studios' television series Bosch as Lt. Grace Billets.

Acting age is an age,or range of ages,that an actor lists on his or her résumé. It is not a claim to an actual chronological age,but a suggestion as to what age or ages the actor considers themselves capable of credibly portraying.

Andrea Zuckerman,portrayed by Gabrielle Carteris,is a fictional character who was one of the female leads of Beverly Hills,90210 for the first five seasons.

The fifth season of Beverly Hills,90210,an American teen drama television series,began airing on September 7,1994 on Fox television network. The season concluded on May 24,1995 after 32 episodes. This season follows the gang during their sophomore year in college as they deal with issues that young adults face such as relationships,financial problems,dysfunctional families,parenthood,drug abuse,politics,injuries,self image,sexual assault,domestic violence,and cults.

Sumi Haru was an American film and television actress,producer,actor,journalist,poet,and the first national vice-president of the Screen Actors Guild (SAG). Haru is best known for such films and television shows as Krakatoa,East of Java,MASH,The Beverly Hillbillies and Hill Street Blues.

The Screen Actors Guild - American Federation of Television and Radio Artists is an American labor union representing approximately 160,000 film and television actors,journalists,radio personalities,recording artists,singers,voice actors,internet influencers,fashion models,and other media professionals worldwide. The organization was formed on March 30,2012,following the merger of the Screen Actors Guild and the American Federation of Television and Radio Artists. SAG-AFTRA is a member of the AFL–CIO,the largest federation of unions in the United States.

The Unauthorized Beverly Hills,90210 Story is a 2015 made-for-television movie based on the 1990s television drama Beverly Hills,90210,directed by Vanessa Parise and produced by Peter M. Green. It was written by Jeffrey Roda. The film follows the creation of the show through its first four seasons,dealing with the relationships between the actors,between the producers Darren Star and Aaron Spelling and the media and fan attention the show brought.

The 2016–2017 video game voice actor strike was a strike started in October 2016 by the Screen Actors Guild‐American Federation of Television and Radio Artists (SAG-AFTRA) union against 11 American video game developers and publishers over failed contract renegotiation terms that had been in discussion since February 2015. Principally,the union sought to have actors and voice and motion capture artists that contribute to video games be better compensated with residuals based on video game sales atop their existing recording payments,while the industry companies asserted that the industry as a whole eschews the use of residuals,and by giving the actors these,they would trivialize the efforts of the programmers and artists that are most responsible for the development of the games. In exchange,the companies had offered a fixed increase in rates and a sliding-scale upfront bonus for multiple recording sessions,which the union had rejected. Other issues highlighted by the strike action include better transparency in what roles and conditions actors would perform,more safety precautions and oversight to avoid vocal stress for certain roles,and better safety assurances for actors while on set.

The 24th Annual Screen Actors Guild Awards,honoring the best achievements in film and television performances for the year 2017,were presented on January 21,2018 at the Shrine Auditorium in Los Angeles,California. The ceremony was broadcast on both TNT and TBS 8:00 p.m. EST / 5:00 p.m. PST. On December 4,2017,it was announced that the award ceremony would have its first host ever in its twenty-four year history with actress Kristen Bell presiding over the award show. The nominees were announced on December 13,2017.

Michael Hodge was an American actor and labor union executive known for his recurring roles on Law &Order and Law &Order:Special Victims Unit,where he often portrayed judges and detectives. Hodge was a longtime union activist and board member for the former Screen Actors Guild (SAG) and its successor,SAG-AFTRA,for more than sixteen years.