Alipur, is a tehsil of Muzaffargarh District in the Punjab province of Pakistan. Its capital is Alipur city. Alipur was a Panwar Rajput state till 1701. Later this territory came under control of newly established nawabs of Muzaffargarh.

Azam Khan was a Pakistani squash player who won the British Open Championships four times between 1959 and 1962.

Yaqubzai are a Pashtun tribe of Gandapur living in Afghanistan and Pakistan.

Nattuzai are part of the Gandapur tribe. Most of them live in Kulachi city but are scattered in the city and there is no Mohallah (Sector) after their name. 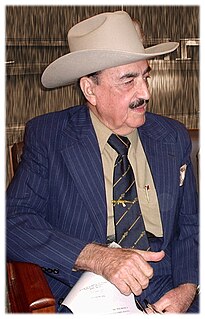 Sardar Inayatullah Khan Gandapur was a Pakistani politician from the Khyber-Pakhtunkhwa province of Pakistan. He was born on August 27, 1919, in Kulachi Tehsil of Dera Ismail Khan District. Elected to the provincial assembly in the 1970 elections, he served as finance minister from 1972 to 1973 under the coalition government of Mufti Mehmood.

Kaiser Aminpour (1959-2007) was an Iranian poet. Aminpour was one of the several distinguished poets who can be considered the founder of post-Revolution Iranian poetry.

Sarah Jawaid better known by her label name Sarah Gandapur is a popular Pakistani fashion designer and Fashion journalist. She rose to prominence by exhibiting number of fashion shows and fashion weeks. She also debut as a costume designer for films and was awarded ARY Film Award for Best Costume Design for Chambaili. 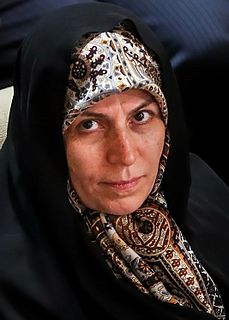 Zahra Ahmadipour is an Iranian politician and university professor who was the head of Cultural Heritage, Handcrafts and Tourism Organization from 2016 until 2017. She was formerly Director of administrative divisions of the Ministry of Interior for two times, first from 1997 until 2003 and second time in 2016. She was also Vice President of the Physical Education Organization from 2003 until 2005.

Sardar Ikramullah Gandapur was a Pakistani politician, and a member of Pakistan Tehreek-e-Insaf who served as provisional Minister for Agriculture in the Khyber Pakhtunkhwa Assembly. He was elected to his late brother, Israr Ullah Khan Gandapur, ex law minister's seat through a by-election.

Sardar Faisal Amin Khan Gandapur is a Pakistani politician who is the member-elect of the Provincial Assembly of Khyber Pakhtunkhwa. He won the seat of PK 97 and Elected as MPA Dera Ismail Khan. He is Serving as Minister of KPK since April,2021.He is son of Major.Retd Aminullah Khan Gandapur(Ex Minister for Revenue,Excise and Taxation). He is Elder brother of Ali Amin Khan Gandapur and Younger brother of Umar Amin Khan Gandapur( Ex Tehsil Nazim Dera Ismail Khan). Faisal Amin Khan has keen interest in promoting tourism and he love nature. He has major contribution for establishing Sheikh Badin and He is somehow succeding in his project and he has done great work for Million Tree Tsunami project of Imran Khan.

Aghaz Ikramullah Gandapur is a Pakistani politician and member of the Provincial Assembly of Khyber Pakhtunkhwa. Gandapur is the youngest ever member of the KPK parliament, being of only 25 years at time of his inclusion into Parliament. He has a bachelor's degree in international relations. Gandapur was elected onto PK-99 after the martyrdom of his father in the Kulachi bombings. His family has been in politics for many years - with his grandfather serving as Chief Minister of KPK, his uncle Isarullah serving as law minister, and his father serving as agricultural minister.

Pur Ashraf Sheykh Makan castle is a historical castle located in Darreh Shahr County in Ilam Province, The longevity of this fortress dates back to the 1335 AH.