The Gaon Music Chart (Korean: 가온 차트) tabulates the relative weekly popularity of songs or albums in South Korea. It is produced by the Korea Music Content Association and sponsored by South Korea's Ministry of Culture, Sports and Tourism, with an aim to create a national chart for South Korea similar to the Billboard charts of the United States and the Oricon charts of Japan. It started tracking sales since the beginning of 2010. [1] It was officially launched in February 2010 with a launching ceremony held on February 23, 2010 at the Westin Chosun hotel in Seoul. The launch also included a small awarding ceremony, which awarded girl group Girls' Generation with top artist of January and boy band Super Junior with best album of 2009. Meanwhile, the song "We Fell In Love", performed by Jo Kwon of 2AM and Ga-in of Brown Eyed Girls, took the title of best weekly mobile ringtone. [2]

In February 2011, it published information on both online and offline album sales of 2010, including a detailed breakdown of online chart data and was the first time since 2008 that offline album sales were released, since the Music Industry Association of Korea had stopped compiling data. [3]

The Gaon Digital Chart ranks best-selling non-physical, digital music sales, and is an aggregate of downloads, streaming and background music. It excludes radio airplay, and different versions of a song are listed as separate entries. It is compiled from online data provided by web-based music providers such as Genie, Melon, FLO, Soribada, Naver Music, KakaoMusic and Bugs. There is no digital album chart because each song is a separate digital download.

The Gaon Social Chart is a weekly chart that ranks the top 50 most popular K-pop artists using data from V Live, Mubeat, Mycelebs, and TikTok.

The Gaon Weibo Chart was a weekly chart that ranked the top 10 most popular K-pop groups and the top 30 most popular individual K-pop artists in China using data from Weibo.

The Gaon Digital Chart is the music industry standard record chart in South Korea for singles, provided by the Korea Music Content Industry Association and published weekly by the Gaon Music Chart. The chart provides rankings on a weekly, monthly, and yearly basis, which are based on an aggregate of downloads, streaming and background music, compiled from online data provided by web-based music providers Melon, Bugs, Genie, KakaoMusic, Flo, Vibe & Soribada.

Gaon Album Chart, part of Gaon Music Chart, is a national chart that ranks the best-selling albums, including mini and single albums, in South Korea, provided by the Korea Music Content Industry Association. It has been tracking sales since the beginning of 2010 and launched in February the same year as part of the Gaon Music Chart. The chart compiles domestic shipments in weekly, monthly and year-end format.

Eliane Baek Ye-rin, also credited as Yerin Baek, is a South Korean singer-songwriter. A former member of duo 15&, she debuted as a solo artist with the mini album Frank, in 2015. Known for her delicate and sweet vocals, since 2015, she has had eight singles peak in the top ten on Gaon Digital Chart. A singer-songwriter, Baek is credited with composing and writing the lyrics for the majority of her songs, often touching on personal topics and writing from real-life experiences. In addition to her solo career, she is also the front person for Korean rock band The Volunteers and has been performing with them from 2018 onwards. 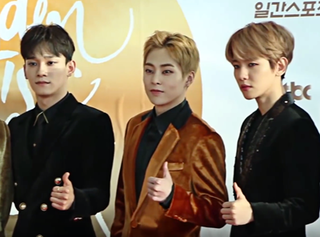 Exo-CBX is the first official sub-unit of South Korean-Chinese boy group Exo. Formed by SM Entertainment in 2016, the group is composed of three Exo members: Chen, Baekhyun, and Xiumin. Their debut extended play Hey Mama! was released on October 31, 2016.

Ahn Hye-jin, known professionally by her stage name Hwasa, is a South Korean singer and rapper currently signed to RBW. She debuted as a member of the girl group Mamamoo in 2014. She made her debut as a solo artist in February 2019, with the digital single "Twit". 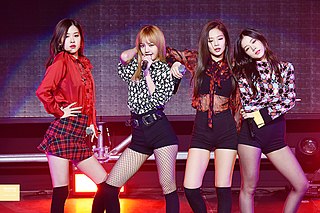 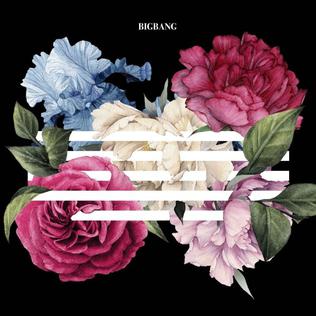 "Flower Road" is a song by South Korean boy band Big Bang. It was released digitally on March 13, 2018, by YG Entertainment, as a gift and a final farewell from the group to its fans ahead of a lengthy hiatus, as the band members serve in South Korea's mandatory military service. It was written by G-Dragon and T.O.P and produced by the former along with The Fliptones, who also participated in creating GD X Taeyang's "Good Boy" and Taeyang's "Stay with Me". 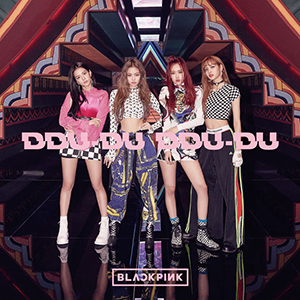 "Ddu-Du Ddu-Du" is a song recorded in Korean and Japanese by South Korean girl group Blackpink. It was released on June 15, 2018, through YG Entertainment, in conjunction with the release of the group's first Korean-language extended play, Square Up. The Japanese version of the single was released through YGEX on August 22, 2018, and was distributed in three physical formats. Described as a K-pop song infused with bubblegum pop and trap beats, the track was written by YG collaborator Teddy Park, whilst production and composition were handled by Park, 24, Bekuh Boom and R.Tee. 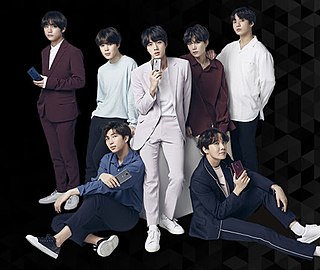 South Korean boy band BTS has released 38 singles as lead artist—three of which are soundtrack appearances, eight singles as a featured artist, two promotional singles, and over 100 other non-single songs.

Take.2 We Are Here is the last part of the second Korean-language studio album by the South Korean boy group Monsta X. The album was released on February 18, 2019 by Starship Entertainment and distributed by Kakao M. It also consists of ten songs, including the lead single "Alligator".

"All About You" is a song recorded by South Korean singer Taeyeon for the soundtrack of the 2019 drama series Hotel del Luna. It was released as a digital single on July 21, 2019, by YAMYAM Entertainment, under license by Kakao M.

"Blueming" is a song by South Korean singer-songwriter IU, serving as the second single from her seventh Korean-language extended play (EP) Love Poem. It was released on November 18, 2019 through Kakao M, and was co-written by IU, Lee Jong-hoon and Lee Chae-kyu, with production handled by the latter two. Lyrically, the song expresses the sentiments of what it means to live and love in modern-day society.

Fatal Love is the third Korean-language studio album by the South Korean boy group Monsta X. It was released on November 2, 2020 by Starship Entertainment and distributed by Kakao M.