Gary Fleder ( /ˈfleɪdər/ ; [1] born December 19, 1965) is an American film director, screenwriter, and producer. His most recently completed film, Homefront, was released by Open Road Films and Millennium Films in November 2013. [2] In recent years he has been a prolific director of television pilots. [3] [4] [5]

Fleder was born to a Jewish family [6] in Norfolk, Virginia, the son of Lorraine and Harry Fleder. [7] [8] A graduate of Boston University and the USC School of Cinematic Arts, Fleder began his television career in 1993 with an award-winning episode of Tales from the Crypt ("Forever Ambergris", starring Steve Buscemi and Roger Daltrey). [9] Since then, he has directed pilots and episodes of more than a dozen television series, including L.A. Doctors , Blind Justice , The Evidence , The Shield , Life on Mars , Happy Town , Star-Crossed , Turn: Washington's Spies and Kingdom . [10] He was an executive producer and frequent director of October Road , Life Unexpected , and The Art of More . [10]

Fleder directed "Subway" a 1996 episode of Homicide: Life on the Street that earned a Peabody Award for its guest star, Vincent D’Onofrio. [11] He also collaborated with producer Tom Hanks to direct an episode of the Emmy Award winning mini-series From the Earth to the Moon .

Since then, Fleder has directed a series of thrillers, including Kiss the Girls (1997), starring Ashley Judd and Morgan Freeman; Don't Say a Word (2001), featuring Brittany Murphy and Michael Douglas; Impostor (2002), a sci-fi thriller based on a Philip K. Dick short story, starring Gary Sinise, Madeleine Stowe, and Vincent D’Onofrio; and Runaway Jury (2003), starring John Cusack and Academy Award winners Gene Hackman and Dustin Hoffman, and based on the novel by John Grisham.

The Express, released in October 2008, stars Dennis Quaid, Rob Brown, and Charles S. Dutton. The Express tells the story of Ernie Davis (1939–1963), the first African-American winner of the Heisman Trophy.

Fleder is a member of the Directors Guild's Special Projects Committee and has served as adjunct faculty at USC School of Cinema and Television. He and Scott Rosenberg sponsor an annual short screenplay contest at the Redstone Film Festival in Boston. He is depicted in Brian Michael Bendis' autobiographical graphic novel Fortune & Glory, which follows Bendis' exploits when Hollywood comes calling to adapt one of his works into a film.

Michael Kenneth Mann is an American director, screenwriter, and producer of film and television who is best known for his distinctive brand of stylized crime drama. His most acclaimed works include the crime films Thief (1981), Manhunter (1986), Heat (1995), Collateral (2004), and Public Enemies (2009), the historical drama The Last of the Mohicans (1992), and the docudrama The Insider (1999). He is also known for his role as executive producer on the popular TV series Miami Vice (1984–89), which he later adapted into a 2006 feature film.

Vincent Philip D'Onofrio is an American actor, producer, director, and singer. He is known for his supporting and leading roles in both film and television. He has been nominated for a Primetime Emmy Award and two Saturn Awards, winning one for his supporting role in Men in Black. 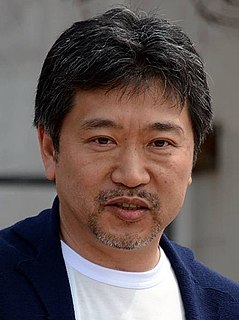 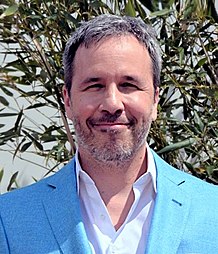 Denis Villeneuve is a French Canadian film director, writer, and producer. He is a four-time recipient of the Canadian Screen Award for Best Direction, for Maelström in 2001, Polytechnique in 2009, Incendies in 2011 and Enemy in 2013. The first three of these films also won the Canadian Screen Award for Best Motion Picture, while the latter was awarded the prize for best Canadian film of the year by the Toronto Film Critics Association.

Michael David Apted, is an English director, producer, writer and actor. One of the most prolific English film directors of his generation, he is known for directing: the Up series (1964–), the James Bond film The World Is Not Enough (1999) as well as Coal Miner's Daughter (1980), which received seven Academy Award nominations including for the Best Picture, and Nell (1994), which received three Golden Globe Award and one Academy Award nomination.

Alejandro González Iñárritu is a Mexican film director, producer, and screenwriter. He is known for telling international stories about the human condition, and his projects have garnered critical acclaim and numerous accolades. 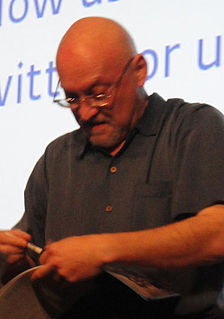 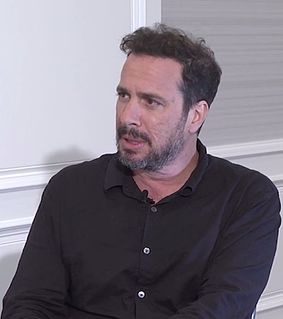 Michael Cuesta is an American film and television director, best known for his independent films, specially for having co-written and directed the 2001 film, L.I.E. He has directed and produced television series including Six Feet Under, Dexter, Blue Bloods and Homeland.

Nicole Kassell is an American film and television director who is noted for her work on films such as The Woodsman and on TV in series such as Vinyl and Watchmen.

Craig Brewer is an American film director, producer, and screenwriter. His 2005 movie Hustle & Flow won the Audience Award at the 2005 Sundance Film Festival and achieved commercial success, along with an Academy Award for Best Original Song, "It's Hard Out Here for a Pimp". He is also known for directing the 2011 remake of Footloose, and the 2019 film Dolemite Is My Name.

Martin Donovan is an American actor. He has had a long collaboration with director Hal Hartley, appearing in many of his films, such as Trust (1990), Surviving Desire (1991), Simple Men (1992), Flirt (1993), Amateur (1994), and The Book of Life (1998), starring as Jesus Christ in the latter. Donovan also played Peter Scottson on Showtime's cable series Weeds. He made his writing/directorial debut with the film Collaborator (2011).

Adam Davidson is an American actor and television director from Los Angeles, California. Davidson has appeared in the following films, The Day Trippers, A Match Made in Heaven, Návrat ztraceného ráje, Way Past Cool, Nature Boy and Pop Life. In addition to acting, Davidson has also directed for several television programs which include: Community, Lost, Deadwood, Grey's Anatomy, Six Feet Under and Fringe. He is the son of acclaimed American theatre producer and director Gordon Davidson.

"Subway" is the seventh episode of the sixth season of the American police television drama Homicide: Life on the Street, and the 84th episode overall. It first aired on NBC in the United States on December 5, 1997. In the episode, John Lange becomes pinned between a Baltimore Metro Subway train and the station platform. The Baltimore homicide department is informed that Lange will be dead within an hour and Pembleton tries to solve the case while comforting Lange in his final minutes.

Above Suspicion is a 2019 thriller film directed by Phillip Noyce and starring Emilia Clarke and Jack Huston. It is based on Joe Sharkey's nonfiction book of the same name.