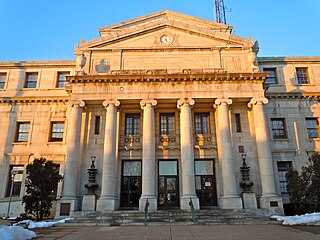 Delaware County, colloquially referred to as Delco, is a county located in the U.S. state of Pennsylvania that borders Philadelphia. With a population of 566,747, it is the fifth most populous county in Pennsylvania, and the third smallest in area. The county was created on September 26, 1789, from part of Chester County, and named for the Delaware River. 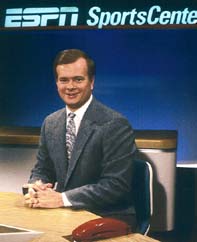 Thomas E. Mees was an American sportscaster best known for his role in hosting professional and collegiate ice hockey and for being a prominent personality on ESPN during that network's early years. 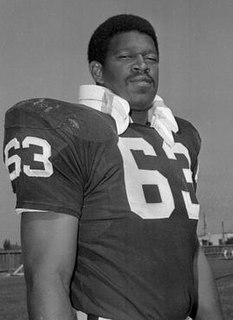 The Daily Times is a morning daily English-language (broadsheet) publication based in Salisbury, Maryland, and primarily covers Wicomico, Worcester, and Somerset counties, and regional coverage across the Delmarva Peninsula. It has been a Gannett publication since 2002. The online news product is Delmarva Now.

The Delaware County Daily Times is a daily newspaper published in the Primos section of Upper Darby Township, Pennsylvania in the United States. It is the only major newspaper in the state to be branded with a county name rather than a city. It is known for its colorful "Sound Off" feature and allowing voices from the community on either side of the political spectrum to be heard.

Eugene M. Dahlquist is an American gridiron football coach and former player. He is currently the quarterbacks coach of the Winnipeg Blue Bombers of the Canadian Football League (CFL), a position he assumed in February 2014. Dahlquist was the head coach for the Scottish Claymores of NFL Europefrom 2001 to 2003, compiling a record of 15–15. Prior to his professional career, he worked 31 years in the collegiate ranks. Dahlquist served as the offensive coordinator at five different schools: Oregon, Boise State, Iowa State, Illinois, and Texas.

Tony DiMidio was an American football offensive tackle who played two seasons in the American Football League for the Kansas City Chiefs. He died at his home in 2014.

Jack David Marriott is an English professional footballer who plays as a striker for Sheffield Wednesday, on loan from fellow Championship club Derby County.

The 1970 Delaware Fightin' Blue Hens football team was an American football team that represented the University of Delaware as an independent during the 1970 NCAA College Division football season.