Gene Andrusco (April 6, 1961 – March 20, 2000), better known as Gene Eugene, was a Canadian-born actor, record producer, engineer, composer and musician. Andrusco was best known as the leader of the alternative rock band Adam Again, a member of The Swirling Eddies (credited as Prickly Disco) and as a founding member of the supergroup Lost Dogs.

In the early 1970s, Andrusco was a child actor who appeared in such programs as Bewitched (where he played young "Darrin Stephens"), The Screaming Woman (TV Movie), Gidget Gets Married (TV Movie), The Bold Ones and Cannon . Eugene was also a voice actor, lending his voice to several animated series, including Wait Till Your Father Gets Home , The Barkleys and The Amazing Chan and the Chan Clan .

Andrusco formed a funk/rock band called Adam Again and become the owner of the Green Room recording studios in Huntington Beach, California. He recorded and produced hundreds of albums at the Green Room, including albums by the Aunt Bettys, The Choir, Daniel Amos, Michael Knott, The Waiting, Crystal Lewis, Jon Gibson, Kosmos Express, Plankeye, Starflyer 59, and others.

In 1987, Andrusco, Ojo Taylor and another investor formed Brainstorm Artists International (B.A.I.), which became an important label in the development of the West Coast Christian alternative music scene. Though the record label focused primarily on modern rock artists, B.A.I also released significant contributions from early rap and hip-hop artists such as Dynamic Twins and Freedom of Soul. It was also at this time that Andrusco discovered future Myrrh Records artist Anointed and went on to produce their first few albums.

In 1990, Andrusco joined the rock band The Swirling Eddies, where he was known as "Prickly Disco". The following year, Andrusco, along with Terry Scott Taylor, Derri Daugherty, and Michael Roe, formed the alt-country supergroup Lost Dogs. He also produced for soul/R&B musician Jon Gibson on the album Love Education.

Andrusco died in his sleep of a brain aneurysm on March 20, 2000 in his studio. Friends said that Andrusco hadn't been feeling well in recent weeks and complained of headaches the day before his death. Andrusco divorced singer Riki Michele in 1994, but the two remained close until the time of his death. 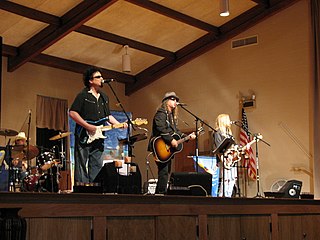 Lost Dogs are an American musical supergroup formed in 1991, comprising vocalists, songwriters, and guitarists from multiple Christian alternative rock bands. Their current lineup includes Terry Scott Taylor, Michael Roe, Derri Daugherty and Steve Hindalong. The original lineup included Gene Eugene, who died in 2000. The band's eclectic blending of folk, blues, country, and rock has been characterized as "a sort of CCM equivalent to the Traveling Wilburys". The band released their debut album Scenic Routes in 1992 as a one-time collaboration.

The Swirling Eddies are an American rock band that began as an anonymous spinoff from the band Daniel Amos, along with new drummer David Raven. 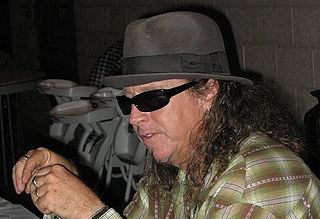 The Green Room was a popular recording studio located in Huntington Beach, California. The Green Room was owned and operated by musician Gene Eugene and Anna Cardenas and was active from the 1980s until Cardenas was forced to sell the studio in 2002, after Eugene died in 2000.

Tim Chandler was an American bass guitar player, best known for his work with the rock bands Daniel Amos, the Swirling Eddies and the Choir.

Jerry Chamberlain is an American singer, songwriter, guitarist, and producer, best known for his work with the rock bands Daniel Amos and The Swirling Eddies.

Mr Buechner's Dream is the thirteenth studio album by Christian alternative rock band Daniel Amos, issued in 2001 by Stunt Records. It was the band's first album in six years - and last for twelve years - and the only double album in their catalog. 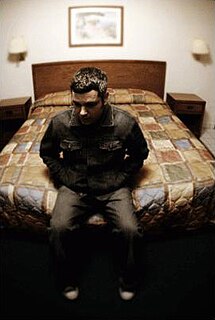 Starflyer 59 is an American alternative rock band from Riverside, California that was founded in 1993 by Jason Martin, brother of Ronnie Martin of Joy Electric. While Jason Martin has written nearly all of Starflyer 59's songs, the band has included a number of different musicians over the years, including Jeff Cloud, Frank Lenz, and Richard Swift. The band's sound was initially identified as an outgrowth of the shoegaze movement of the early 1990s, but the band's music has gradually evolved to the point of little resemblance to that of its early days. 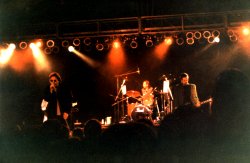 Kalhöun is the ninth album by Christian alternative rock band Daniel Amos, released on BAI Records in 1991. It was issued under their contracted moniker dä and was their first album of studio material in four years.

Bibleland is the eleventh album by Christian alternative rock band Daniel Amos, released in 1994 by BAI Records. The album is unusual for its loud, distorted noise pop sound, atypical of the band's other recordings.

The Making of Mr. Buechner's Dream is a DVD released in 2005 by the American rock band Daniel Amos on Stunt Records. 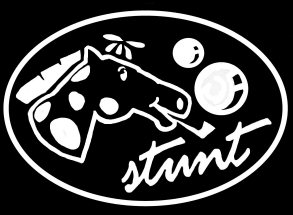 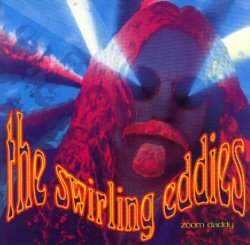 Zoom Daddy is the third album by rock band The Swirling Eddies, released in 1994 on Alarma Records. It was released almost simultaneously with Terry Scott Taylor's other project, the Daniel Amos album: Bibleland.

Scenic Routes is an album by roots music band Lost Dogs, released on BAI Records in 1992.

Wonderama is an album by Randy Stonehill released in 1991 on Myrrh Records.

Surfonic Water Revival is the title of a various artists compilation album which was recorded and released in 1998 by KMG Records. The album pays tribute to the pioneers of Surf music like Brian Wilson, Jan and Dean, the Belairs, the Hondells, the Surfaris, the Ventures, Beach Boys, Dick Dale and many others. 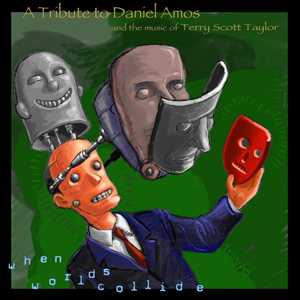 When Worlds Collide: A Tribute to Daniel Amos is an indie tribute album by a variety of artists that pays musical tribute to the band Daniel Amos and its chief songwriter Terry Scott Taylor. It was released in July 2000 by Ferris Wheel.

When Everyone Wore Hats is a Book set, from rock band Daniel Amos, released in 2001 on Stunt Records.