Ipanema is a neighborhood located in the South Zone of the city of Rio de Janeiro (Brazil), between Leblon and Arpoador. The beach at Ipanema became known internationally with the popularity of the bossa nova jazz song, "The Girl from Ipanema", written by Antônio Carlos Jobim and Vinícius de Moraes.

The station has an unusual layout with the two tracks located between three platforms. [1] 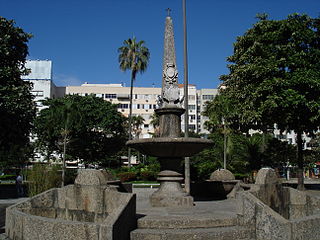 General Osório Square is a square in Ipanema, Rio de Janeiro, Brazil. The square is bordered to the north by Rua Visconde de Pirajá, the main commercial street in Ipanema; Rua Jangadeiros to the east; Rua Prudente de Morais to the south, which extends west from the square; and the small Rua Teixeira de Melo to the west. 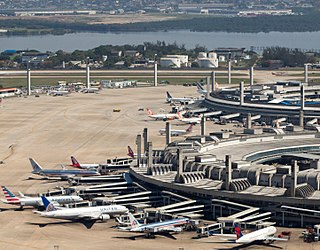 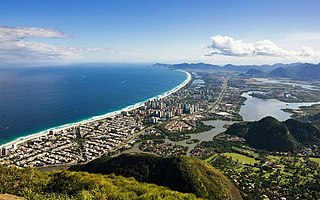 Banda de Ipanema is one of the largest Carnival blocks of Rio de Janeiro's street Carnival festivities. The first parade happened in 1965, when Brazil was under a military dictatorship. In 2004 it was declared part of the city's cultural heritage. The first parade happens on Saturday two weeks before Carnival, and they march again on Carnival Saturday and Carnival Tuesday (Mardi-Gras). The event attracts as many as 20 thousand people to the streets of Ipanema.

Line 1 of the Rio de Janeiro Metro serves the city's downtown business centre, the tourist areas in the city's South Zone, and several neighbourhoods in the North Zone. It is a semi-circular line, and is fully underground. It runs from Saens Peña to Ipanema/General Osório. 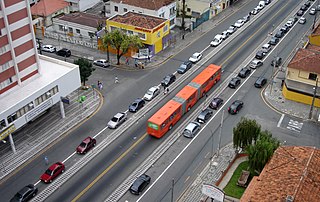 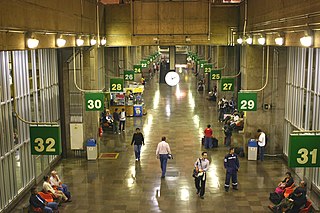 The Sheraton Grand Rio Hotel & Resort is a highrise resort hotel in the Leblon neighbourhood in Rio de Janeiro, Brazil. The hotel opened in 1974 and has 549 guest rooms. It has a height of 77 metres (253 ft) and 26 floors. Sheraton is strategically located in Leblon, upscale neighbourhood in Rio's south zone. Next to the famous beaches of Ipanema and Barra da Tijuca. It is the unique hotel in town to offer exclusive access to the beach.

Bike Itaú is a public bicycle sharing system in the city of Rio de Janeiro, Brazil. It is run by PBSC Urban Solutions and started on the 20th of February 2018, and is sponsored by the municipal government of Rio de Janeiro in partnership with Banco Itaú. The system replaces the old one, operated by Serttel a private concessionaire, that began operations in October 2011. The old bike sharing system had 4000 bicycles available at 400 rental stations located throughout several neighborhoods in the city. The rental stations are powered by solar panels. 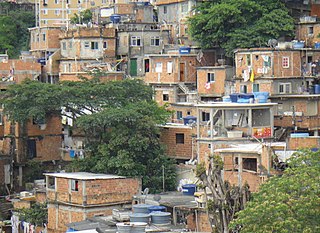 Cantagalo–Pavão–Pavãozinho is a bairro (neighborhood) and a group of favelas in the South Zone of Rio de Janeiro, Brazil, located between the bairros of Ipanema and Copacabana. As of 2010, it has circa 5,000 inhabitants. 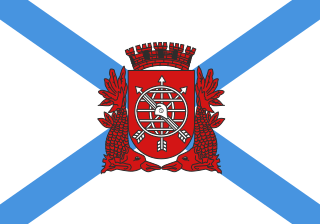