Generalissimo [1] ( /ˌdʒɛnərəˈlɪsɪmoʊ/ JEN-(ə-)rə-LISS-im-oh) is a military rank of the highest degree, superior to field marshal and other five-star ranks in the states where they are used.

The word generalissimo (pronounced  [dʒeneraˈlissimo] ), an Italian term, is the absolute superlative of generale ('general') thus meaning "the highest-ranking of all generals". The superlative suffix -issimo itself derives from Latin -issimus , [2] [3] [4] [5] [6] meaning "utmost, to the highest grade". Similar cognates in other languages include generalísimo in Spanish, generalíssimo in Portuguese, généralissime in French, and generalissimus in Latin.

Historically this rank was given to a military officer leading an entire army or the entire armed forces of a state, usually only subordinate to the sovereign. [7] The military leader Albrecht von Wallenstein in 1632 was the first imperial generalissimo (general of the generals). Other usage of the rank has been for the commander of the united armies of several allied powers and if a senior military officer becomes the head of state or head of government of a nation like Chiang Kai-Shek in China and later in Taiwan, and Francisco Franco in Spain.

The rank Generalissimus of the Soviet Union would have been a generalissimo but some sources assert that Joseph Stalin refused to accept the rank. [8] [9] In fact the grade was established by the Presidium of the Supreme Soviet which did not need the "approval" of Stalin. [10] The rank of Generalissimo for Stalin was used also by Western diplomacy. [11]

Field marshal is the most senior military rank, ordinarily senior to the general officer ranks. Usually it is the highest rank in an army and as such few persons are appointed to it. It is considered as a five-star rank (OF-10) in modern-day armed forces in many countries. Promotion to the rank of field marshal in many countries historically required extraordinary military achievement by a general. However, the rank has also been used as a divisional command rank and also as a brigade command rank. Examples of the different uses of the rank include Austria-Hungary, Pakistan, Prussia/Germany, India and Sri Lanka for an extraordinary achievement; Spain and Mexico for a divisional command ; and France, Portugal and Brazil for a brigade command.

General of the army is a military rank used to denote a senior military leader, usually a general in command of a nation's army.

Prince Aleksander Danilovich Menshikov was a Russian statesman, whose official titles included Generalissimus, Prince of the Russian Empire and Duke of Izhora, Prince of the Holy Roman Empire, Duke of Cosel. A highly appreciated associate and friend of Tsar Peter the Great, he was the de facto ruler of Russia for two years.

Paul de Rapin, sieur of Thoyras, was a French historian writing under English patronage. His History of England, written and first published in French in 1724–27, was an influential exposition of the Whig view of history on both sides of the English Channel.

Taewŏnsu is the highest possible military rank of North Korea and is intended to be an honorific title for Kim Il-sung and Kim Jong-il. The rank is senior to that of Wonsu. The title also exists in Chinese military history as dàyuánshuài, and was briefly taken by Sun Yat-sen. 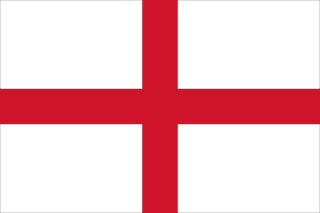 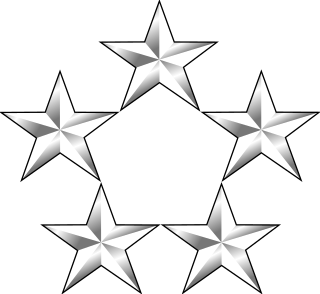 A five-star rank is a very senior military rank, first established in the United States in 1944, with a five-star general insignia, and corresponding ranks in other countries. The rank is that of the most senior operational military commanders, and within NATO's "standard rank scale" it is designated by the code OF-10.

Supreme Commander may refer to:

In many nations the highest military ranks are classed as being equivalent to, or are officially described as, five-star ranks. However, a number of nations have used or proposed ranks such as generalissimo which are senior to their five-star equivalent ranks. 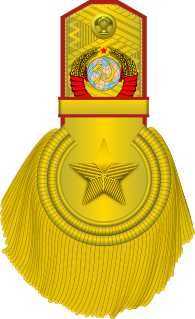 Fort Knokke or Fort de Cnocke or Fort de la Knocque or Fort de Knocke was an important fortification that defended western Flanders from the 1580s until it was demolished in the 1780s. During its 200 year history, the place was held by the Spanish Empire, Kingdom of France, Habsburg Austria and the Dutch Republic. The existing defenses were improved in 1678 by the famous military engineer Sébastien Le Prestre de Vauban. The fort was attacked by the Grand Alliance in 1695 during the Nine Years' War but the French garrison successfully held out. It was captured from the French by a ruse in 1712 during the War of the Spanish Succession. Control of the fort and other strong places in the Austrian Netherlands was a key feature of the so-called Barrier Treaty in 1713. The French captured the fort after a two-month siege in 1744 during the War of the Austrian Succession. Emperor Joseph II had the citadel demolished in 1781. The site is on the Yser River about 8 kilometres (5 mi) southwest of Diksmuide, Belgium.

John Botetourt, 1st Baron Botetourt was an English military commander and admiral in the 13th and 14th centuries.

The Admiral of the South also known as Admiral of the Southern Fleet was a senior English Navy appointment. The post holder was chiefly responsible for the command of the navy's fleet that operated in the English Channel out of Portsmouth from 1294 to 1326.

The Siege of Ostend was a two-week siege in 1745 of the port of Ostend, then in the Austrian Netherlands, during the War of Austrian Succession. A French army commanded by Count de Löwendal under the overall command of Marshal Saxe defeated a primarily British garrison commanded by the Austrian Governor of the town, Lieutenant-General Carl Urban, Count of Chanclos.