Last updated November 25, 2020
This article is about the former Liverpool player. For his son, the Radio Bristol journalist and former Preston and Bristol Rovers player, see Geoff Twentyman, Jr.

Geoffrey Twentyman (19 January 1930 – 16 February 2004) was an English footballer who is mainly remembered for his links with Liverpool Football Club as both a player and as chief scout.

Born in Brampton, Cumberland, the left-half played for Swift Rovers as an amateur and Carlisle United. Twentyman stood 5' 11" and was a strong, robust player who made his name at Carlisle as a Centre-Back having been switched there by Bill Shankly during his spell as Manager of the Brunton Park club.

He was spotted by Don Welsh who signed him for Liverpool in the December 1953 for £10,000, he made his debut the same month on the 19th in a league match against arch rivals Manchester United at Old Trafford. United won 5–1. His first goal came almost a year later on 9 November 1954 in a 2–1 win over Hull City in a 2nd Division match at Anfield.

Twentyman's signature couldn't prevent them from being relegated by the end of his first season at the club. All of Twentyman's Liverpool appearances were during the days when they struggled to get out of the 2nd Division, even though they were finishing consistently just outside the promotion places. Twentyman featured in 184 matches scoring 19 goals before leaving Liverpool.

He went on to become Player/Manager of Irish side Ballymena United. Ironically he left the Reds just 9 months before the arrival of his former boss, Shankly. After his spell at Ballymena, Twentyman returned to play for Carlisle for a second time, he also went on to represent Morecambe and Penrith.

After his retirement Twentyman had a short four-month spell as the boss of Hartlepool United before being replaced by Brian Clough. He was then invited by Shankly to return to Liverpool in 1967 to join The Boot Room in the role of chief scout. It was in this role that Twentyman made his name at Liverpool discovering such talents as Ian Rush at Chester (£300,000), who became captain and ended up Liverpool's all-time record goalscorer; Phil Neal at Northampton Town (£66,000), who became skipper and won the most medals by a single player in the Reds history; and Alan Hansen at Partick Thistle (£100,000), who also became club captain and won numerous domestic and UEFA honours to name but 3. Twentyman eventually spent 21 years in the role working for the likes of Bob Paisley, Joe Fagan and Kenny Dalglish, he finally left in 1986. 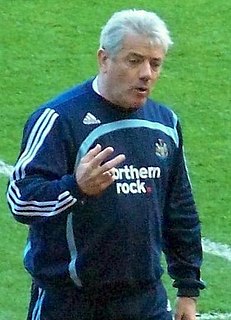 Joseph Kevin Keegan, is an English former football player and manager. A forward, he played for several clubs, including Newcastle United, Southampton, Liverpool and Hamburger SV. He went on to manage Newcastle United, Fulham and Manchester City, winning promotion as champions in his first full season at all three clubs, and also the England national team. 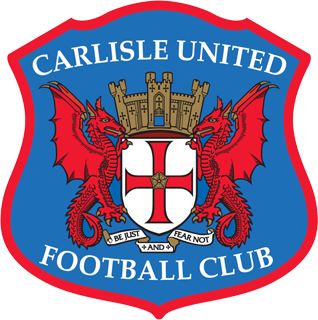 Carlisle United Football Club is a professional association football club based in Carlisle, Cumbria, England. The team compete in League Two, the fourth tier of the English football league system. They have played their home games at Brunton Park since 1909. The club's traditional kit is blue with white and red detail, whilst the badge takes elements from the city's coat of arms by including two wyverns. They are nicknamed the "Blues", due to their kit, as well as the "Cumbrians".

Robert Paisley OBE was an English football manager and player who played as a wing half. He spent almost 50 years with Liverpool and is regarded, due to his achievements with the club, as one of the greatest English managers of all time. Reluctantly taking the job in 1974, he built on the foundations laid by his predecessor Bill Shankly. Paisley is the first of three managers to have won the European Cup three times. He is also one of five managers to have won the English top-flight championship as both a player and manager at the same club. 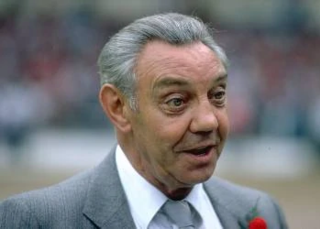 Joseph Francis Fagan was an English footballer and manager. He played for Manchester City in the Football League First Division as a wing half and came close to gaining international honours. As his playing career came to an end, he decided to become a coach and worked at clubs in lower leagues before getting the chance to join Liverpool in 1958. 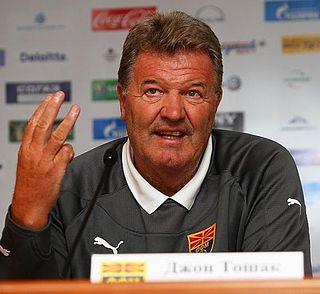 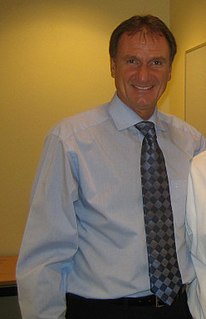 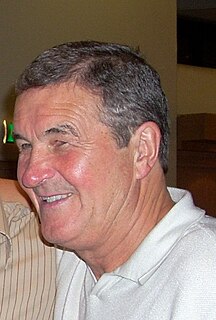 Stephen Harold McCall is an English retired footballer who now works as a Scout for Colchester United.

Harry Catterick was an English football player and manager. As a player Catterick played for Everton and Crewe Alexandra, in a career that was interrupted by World War II, but he is most notable as a manager. After spells with Crewe, Rochdale and Sheffield Wednesday, with whom he won the Football League Second Division title, he took over at Everton and won the Football League twice and the FA Cup with the Merseyside club and is regarded as one of Everton's most successful managers. He finished his managerial career at Preston North End.

Derek Mountfield is an English former footballer who played as a centre-back.

Tom Saunders was a notable figure in Bill Shankly’s Boot Room organisation at Liverpool FC, and served 30 years with the club.