Georg Muffat (1 June 1653 – 23 February 1704) was a Baroque composer and organist. He is best known for the remarkably articulate and informative performance directions printed along with his collections of string pieces Florilegium Primum and Florilegium Secundum (First and Second Bouquets) in 1695 and 1698.

Georg Muffat was born in Megève, Duchy of Savoy (now in France), of André Muffat (of Scottish descent) and Marguerite Orsyand. He studied in Paris between 1663 and 1669, where his teacher is often assumed to have been Jean Baptiste Lully. This assumption is largely based on the statement "For six years ... I avidly pursued this style which was flowering in Paris at the time under the most famous Jean Baptiste Lully." [1] This is ambiguous (in all of the languages in which it was printed) as to whether the style was flourishing under Lully, or that Muffat studied under Lully. [2] In any case, the style which the young Muffat learned was unequivocally Lullian and it remains likely, though unevidenced, that he had at least some contact with the man himself.

After leaving Paris, he became an organist in Molsheim and Sélestat. Later, he studied law in Ingolstadt, afterwards settling in Vienna. He could not get an official appointment, so he travelled to Prague in 1677, then to Salzburg, where he worked for the archbishop for some ten years. In about 1680, he traveled to Italy, there studying the organ with Bernardo Pasquini, a follower of the tradition of Girolamo Frescobaldi; he also met Arcangelo Corelli, whose works he admired very much. From 1690 to his death, he was Kapellmeister to the bishop of Passau.

Georg Muffat should not be confused with his son Gottlieb Muffat, also a successful composer.

His works are strongly influenced by both French and Italian composers:

Muffat was, as Johann Jakob Froberger before him, and Handel after him, a cosmopolitan composer who played an important role in the exchanges between European musical traditions. The information contained within the Florilegium Primum and Secundum is nearly unique. These performance directions were intended to assist German string players with the idiom of the French dance style, and include detailed rules for the tempo and order of bow strokes in various types of movement, as well as more general strategies for good ensemble playing and musicianship. These texts remain extremely valuable for modern historically-interested musicians.

Johann Caspar Ferdinand Fischer was a German Baroque composer. Johann Nikolaus Forkel ranked Fischer as one of the best composers for keyboard of his day; however, partly due to the rarity of surviving copies of his music, his music is rarely heard today. 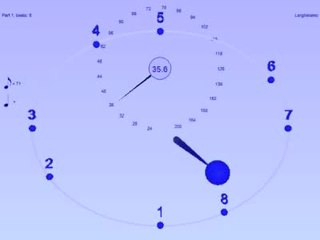 In music, notes inégales refers to a performance practice, mainly from the Baroque and Classical music eras, in which some notes with equal written time values are performed with unequal durations, usually as alternating long and short. The practice was especially prevalent in France in the 17th and 18th centuries, with appearances in other European countries at the same time; and it reappeared as the standard performance practice in the 20th century in jazz.

A Baroque orchestra is a large ensemble for mixed instruments that existed during the Baroque era of Western Classical music, commonly identified as 1600–1750. Baroque orchestras are typically much smaller, in terms of the number of performers, than their Romantic-era counterparts. Baroque orchestras originated in France where Jean-Baptiste Lully added the newly re-designed hautbois (oboe) and transverse flutes to his orchestra, Les Vingt-quatre Violons du Roi. As well as violins and woodwinds, baroque orchestras often contained basso continuo instruments such as the theorbo, the lute, the harpsichord and the pipe organ.

The year 1701 in music involved some significant musical events and new works.

The year 1698 in music involved some significant events.

The year 1695 in music involved some significant events.

The year 1690 in music involved some significant events.

The year 1682 in music involved some significant events.

The year 1680 in music involved some significant events.

The year 1677 in music involved some significant events.

Gottlieb Muffat, son of Georg Muffat, served as Hofscholar under Johann Fux in Vienna from 1711 and was appointed to the position of third court organist at the Hofkapelle in 1717. He acquired additional duties over time including the instruction of members of the Imperial family, among them the future Empress Maria Theresa. He was promoted to second organist in 1729 and first organist upon the accession of Maria Theresa to the throne in 1741. He retired from official duties at the court in 1763.

Pascal Collasse was a French composer of the Baroque era. Born in Rheims, Collasse became a disciple of Jean-Baptiste Lully during the latter's domination of the French operatic stage. When Lully died in 1687 leaving his tragédie en musique Achille et Polyxène unfinished, Collasse completed the last four acts of the score. He went on to produce around a dozen operas and ballets, as well as sacred music, including settings of the Cantiques spirituels of Jean Racine. His plan to establish his own opera house in Lille ended in failure when the theatre burnt down. He dabbled in alchemy with even less success. His musical style is close to that of Lully.

Lorenz Duftschmid is an Austrian viol player and conductor.

The orchestra Les Muffatti was created in 1996 in and around the Royal Conservatory of Brussels by a group of twelve idealistic musicians who wanted to ensure that the Baroque music repertoire for string orchestra was sufficiently addressed in their education. The members agreed to work on several projects per year, inviting a different music director for each one.

The year 1653 in music involved some significant events. 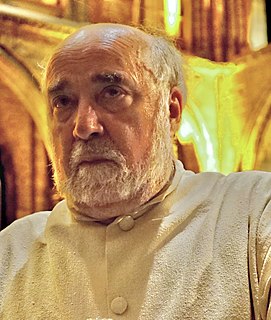 Jean-Claude Malgoire was a French oboist and later conductor.

Charles Piroye was a French Baroque organist and composer.