George Chandler (June 30, 1898 – June 10, 1985) was an American actor who starred in over 140 feature films, usually in smaller supporting roles, and he is perhaps best known for playing the character of Uncle Petrie Martin on the television series Lassie . [1]

He was born in Waukegan, Illinois, [2] on June 30, 1898. During his infancy, his family moved to Hinsdale, Illinois. Early in his career, he had a vaudeville act, billed as "George Chandler, the Musical Nut," which featured comedy and his violin. [3] He had his debut in film in 1929. [2]

Chandler served in the United States Army during World War I.[ citation needed ]

Chandler appeared six times in Bill Williams's series The Adventures of Kit Carson (1951–1955) in episodes titled "Law of Boot Hill", "Lost Treasure of the Panamints", "Trails Westward", "The Wrong Man", "Trail to Bordertown", and "Gunsmoke Justice". He guest starred on The Public Defender . He appeared as the character Ames in the two-part episode "King of the Dakotas" in Frontier . In 1954–1955, he was cast in two episodes of the sitcom It's a Great Life . He appeared in the 1956 episode "Joey and the Stranger" of Fury . He was cast as Clay Hunnicutt in the 1957 episode "The Giveaway" of the sitcom The People's Choice .

In 1958, Chandler appeared as Cleveland McMasters in the episode "The Cassie Tanner Story" on Wagon Train . Also in 1958 he appeared in Wagon Train's episode The Sacramento Story.

In 1970 Chandler appeared as Hawkins in the TV western The Men From Shiloh, the rebranded name for The Virginian in the episode titled "With Love, Bullets and Valentines."

In 1960, Chandler was elected president of the Screen Actors Guild. [2] 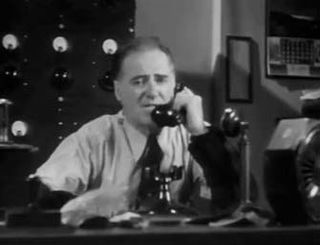