Francis George Mann, CBE , DSO , MC (6 September 1917 – 8 August 2001) was an English cricketer, who played for Cambridge University, Middlesex and England. [1] He was born at Byfleet, Surrey and died at Stockcross, Berkshire.

As a cricketer, George Mann was a right-handed middle-order batsman. His father, Frank Mann, also captained England, making them the first father and son to both captain England. [2] Colin and Chris Cowdrey are the only other father and son to have done this for England.[ citation needed ]

Mann was born on 6 September 1917 in Byfleet, Surrey, England. [3] [4] The son of Frank Mann, he was the brother of John Pelham Mann. He was educated at Eton College, an all-boys public school, and captained the school's cricket XI in 1936. [5] He was also a member of the Eton College Contingent of the Officer Training Corps, and reached the rank of cadet under-officer. [6] He studied at Pembroke College, Cambridge, graduating with a Bachelor of Arts (BA) degree. [3] While at Cambridge, he earned two cricketing blues, having represented the university in 1938 and 1939. [5]

Mann served in the British Army during the Second World War, having joined up before the outbreak of war. [5] On 8 July 1939, he was commissioned in the Royal Welch Fusiliers as a second lieutenant. [6] He transferred to the Scots Guards on 13 March 1940. [7] He was awarded the Military Cross (MC) in 1942. [4] On 28 June 1945, the then temporary major Mann was awarded the Distinguished Service Order (DSO) "in recognition of gallant and distinguished services in Italy". [8]

Mann captained England in each of his seven Test matches, winning two, and drawing the other five; his father had also been captain in every Test he played in. Wisden said of Mann: "as a captain he was ideal, zealous to a degree, and considerate in all things at all times".[ citation needed ] After leading England in South Africa in 1948/49, Mann led his side for two Tests in the following summer, before he stood down, citing inability to participate regularly due to his family's brewing business commitments (Mann, Crossman & Paulin). [11]

Mann was chairman of the Test and County Cricket Board (TCCB) from 1978 to 1983. [4] He was therefore chairman during the controversy over the rebel tour which Geoff Boycott and Graham Gooch led to South Africa in 1982.

Mann was a main board director and retained his position on the new company board when his family brewery merged with Watney Combe & Reid in 1958. [11] He was non-executive Deputy Chairman of the Extel Group from 1980 to 1986.

In 1949, Mann married Margaret Hildegarde Marshall Clark. Together they had four children: three sons and one daughter. His wife predeceased him, dying in 1995. [3]

Mann's son, Simon, was sentenced for thirty-four years in Equatorial Guinea in 2008, on charges related to an attempted coup in 2004, but was pardoned on 2 November 2009. 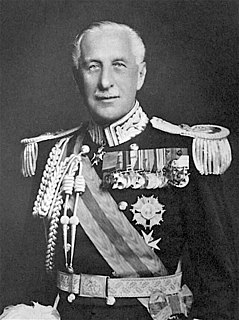 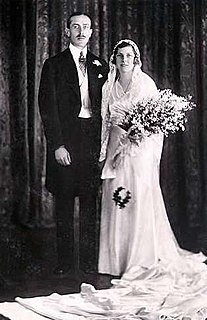 Sir Henry Abel Smith, was a British Army officer who served as Governor of Queensland, Australia. He married Lady May Cambridge, a niece of King George V and Queen Mary.

Colonel George Robert Canning Harris, 4th Baron Harris,, generally known as Lord Harris, was a British colonial administrator and Governor of Bombay. He was also an English amateur cricketer, mainly active from 1870 to 1889, who played for Kent and England as captain of both teams. He had a political career from 1885 to 1900 and was for much of his life a highly influential figure in cricket administration through the offices he held with Marylebone Cricket Club (MCC). He was President of the Kent County Football Association between 1881 and 1908.

The Mount baronets are a family with a baronetcy in the United Kingdom.

Sir John Anthony Kershaw was a British Conservative MP for 32 years, from 1955 to 1987. He served as a junior minister in the 1970s. He was also a barrister, World War II cavalry officer, amateur rugby player and company director. 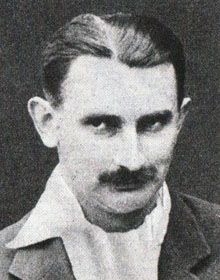 Colonel William Alexander Camac Wilkinson, was a highly-decorated British Army officer and English cricketer. Australian-born, he served with the British Army in both the First and Second World Wars. After the Second World War he spent some time in Graz, Austria, as Senior Military Government Officer in the occupation forces.

Brigadier-General Sir Wyndham Henry Deedes, CMG, DSO(10 March 1883 – 2 September 1956) was a British Army officer and civil administrator. He was the Chief Secretary to the British High Commissioner of the British Mandate of Palestine.

George Neville Clive Wigram, 2nd Baron Wigram, MC, DL was a British Army officer. He was a Member of the House of Lords before his exclusion in 1999, due to the House of Lords Act 1999 which excluded most members who inherited their seats. He sat as a Conservative. 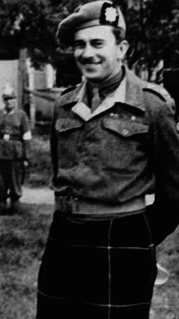 Shane Edward Robert O'Neill, 3rd Baron O'Neill (1907–1944), was an Anglo-Irish peer and British Army officer. He served during World War II and was killed in action in Italy.

Major General Arundell Rea Leakey, was an officer in the British Army. He served in the Royal Tank Regiment in the Second World War, in North Africa, Italy and France. He later served in Korea, in the Arab Legion, and commanded a brigade in the British Army of the Rhine in the 1960s. He served as Director-General of Fighting Vehicles and finally as the commander of British troops in Malta and Libya. He retired in 1966, and became Director of the Wolfson Foundation. An autobiography, Leakey's Luck, was published in 1999.

Colin Cokayne-Frith was an English first-class cricketer and British Army officer. Cokayne-Frith graduated from Sandhurst during the latter stages of the First World War and served in its closing stages with the King's Royal Hussars. He later played first-class cricket for the British Army cricket team. He was killed in action during the Battle of Belgium in the Second World War, while commanding a tank during the British Expeditionary Force's retreat to Dunkirk.

Sir Archibald Richard Charles Southby, 2nd Baronet was an English first-class cricketer and British Army officer. Southby served in the Rifle Brigade from 1933 to 1948, seeing action in the Second World War, for which he was made an OBE and received the Medal of Freedom. He also played first-class cricket in British India for Madras and the Europeans, as well as appearing for the British Army cricket team. He succeeded his father as the 2nd Baronet of the Soutby Baronetcy in 1969, before being succeeded by his son upon his death in 1988.

Sir Dermot Lionel Kennedy Milman, 8th Baronet was an English first-class cricketer and rugby union international, and the eighth of the Milman baronets of Levaton-in-Woodland in the County of Devon.