Last updated February 09, 2022
Upper Canada politician and lawyer
For those of the same or a similar name, see George Rolph (activist) and George Rolfe (disambiguation).

George Rolph (April 7, 1794 – July 25, 1875 [1] ) was a lawyer and political figure in Upper Canada. He worked in the Hamilton and Ancaster area as a Clerk of the Peace and clerk of the district court. He represented Halton County in the Parliament of Upper Canada.[ citation needed ]

Rolph was born in Thornbury, South Gloucestershire, England on April 7, 1794. His father was Thomas Rolph and his mother was Frances Petty. He moved to Upper Canada in 1808 and settled in Vittoria, Upper Canada. [1]

He served as a lieutenant in the Norfolk militia during the War of 1812. He participated in the Siege of Detroit and was awarded a gold medal for outstanding service. [2] He studied law at Osgoode Hall Law School in York, Upper Canada. [3] He was a lawyer in Hamilton and Ancaster. [4] He was appointed as a Clerk of the Peace, clerk of the district court and registrar of the Surrogate Court in April 1816, all with the Gore District. [1]

In June 1826, Mrs. Evans stayed with Rolph to be away from her abusive husband. A group of men thought Rolph was having a sexual relationship with Evans and dragged him from his home to tar and feather him. [4] Rolph sued Titus Simons, James Hamilton and Alexander Robertson in a civil lawsuit and hired his brother, John Rolph, to be his lawyer. [5] The trial commenced in August 1827, and the jury awarded £40 to Rolph to be paid by Simons and Hamilton. [6]

In 1828, Rolph was reelected to the Parliament of Upper Canada to represent Halton County. [6] The county magistrates fired Rolph as a Clerk of the Peace, but a committee of the Parliament ruled that the dismissal was improper and recommended Rolph's reappointment. [7] At this time John was focusing on his medical career and slowly transferred his cases to George. [8] George Rolph's term in the Upper Canada Parliament ended in 1830. [1]

Ancaster is a historic town in the city of Hamilton, Ontario, Canada, located on the Niagara Escarpment. Founded as a town in 1793, it immediately developed itself into one of the first important and influential early British Upper Canada communities established during the late 18th century eventually amalgamating with the city of Hamilton in 2001. By 1823, due in large part to its easily accessible water power and location at the juncture of prehistoric indigenous trading routes, Ancaster had become Upper Canada's largest industrial and commercial centre. Additionally, Ancaster had at that time attracted the 2nd largest populace (1,681) in Upper Canada trailing only Kingston, but surpassing the populations of nearby Toronto (1,376) and Hamilton (1,000). After this initial period of prosperity beginning in the late 18th century, sudden significant water and rail transportation advancements of the early 19th century would soon better benefit Ancaster's neighbouring towns situated closer to the Lake Ontario waterfront. Stationary steam engines for industries that had rapidly developed in the 19th century would eventually make Ancaster's water-powered industries less vital. As a result, after the 1820s, Ancaster's influence during the remainder of the 19th century would begin to wane.

Ancaster—Dundas—Flamborough—Westdale was a federal electoral district in Ontario, Canada, that has been represented in the House of Commons of Canada from 2004 until the electoral boundaries were redrawn for the 2015 election. 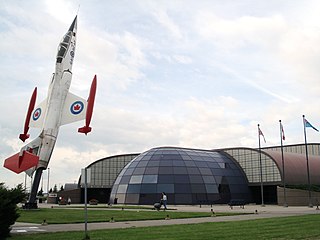 Glanbrook is the south-western district of the city of Hamilton, Ontario, Canada. It was first created as an independent township in 1974 through the amalgamation of Mount Hope, Binbrook, Glanford, and other nearby communities. In 2001, Glanbrook became a dissolved municipality after it was amalgamated with Hamilton, Stoney Creek, Dundas, Ancaster and Flamborough to become the present city of Hamilton.

Russ Powers is a Canadian politician. He was a member of the House of Commons in Canada's 38th Parliament, representing the riding of Ancaster—Dundas—Flamborough—Westdale for the Liberal Party from 2004 to 2006.

The Desjardins Canal, named after its promoter Pierre Desjardins, was built to give Dundas, Ontario, easier access to Lake Ontario and the Great Lakes system of North America. Although a technological achievement and a short term commercial success, the canal was soon eclipsed by the railway, and Dundas by neighbouring Hamilton.

Hamilton Mountain is a federal electoral district in Ontario, Canada, that has been represented in the House of Commons of Canada since 1968. The riding is located in the Hamilton region.

Westdale is a residential neighbourhood in Hamilton, Ontario, Canada. It is centred in the Westdale Village shopping district and located near McMaster University. It is bordered to the north by Cootes Paradise, an extensive nature reserve marking the western end of Lake Ontario, to the south by Main Street and Ainslie Wood, to the east by Highway 403, and to the west by McMaster University.

Wentworth was a federal electoral district represented in the House of Commons of Canada from 1904 to 1968. It was located near the City of Hamilton in the province of Ontario. This riding was first created in 1903 from parts of Wentworth North and Brant and Wentworth South ridings.

Halton—Wentworth was a federal electoral district represented in the House of Commons of Canada from 1968 to 1979. It was located in the province of Ontario. This riding was created in 1966 from parts of Halton and Wentworth ridings. 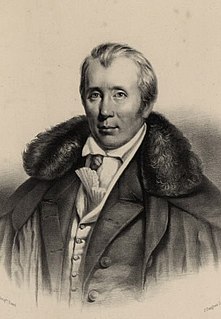 William Warren Baldwin was a doctor, businessman, lawyer, judge, architect and reform politician in Upper Canada. He, and his son Robert Baldwin, are recognized for having introduced the concept of "responsible government", the principle of cabinet rule on which Canadian democracy is based.

John Rolph was a Canadian physician, lawyer, and political figure. He was elected to the Parliament of Upper Canada in 1824 to represent Middlesex County and was considered the leader of the Reform faction in the 1820s. In 1837 he helped plan the Upper Canada Rebellion, but acted as the government's emissary to negotiate a truce once the rebellion began. In the 1850s he was elected to the newly-formed Parliament of the Province of Canada, representing Norfolk County, and was appointed as Minister of Crown Lands and Minister of Agriculture. He founded several medical schools throughout his life, including the Rolph School, and incorporated new teaching techniques and medical practices into his lectures. His actions against rival medical schools decreased public confidence in the ability of medical professionals to regulate themselves.

Robert Randal was a businessman and political figure in Upper Canada and the United States. He was born in the United States and convicted of attempting to bribe members of the United States Congress in order to buy the lower Michigan peninsula. He bought mills and acres of land in Upper Canada. However, his businesses were unsuccessful and sold to British creditors. He was arrested in Montreal and he was sued for unpaid debts. He hired G. D'Arcy Boulton as his lawyer to protect his properties, but the delay in court proceedings put him in debt with the lawyers, causing more of his properties to be sold to pay his debts.

George Sylvester Tiffany (1805–1856) was a Canadian lawyer and politician. He was born in 1805 at Ancaster, Upper Canada. He married Eliza Anne Strange, and they had one son and four daughters. He was mayor of Hamilton, Ontario in 1848 and died in 1856. He is buried at St. John's Anglican Churchyard in Ancaster.

The Diocese of Hamilton is a Latin Church ecclesiastical territory or diocese of the Catholic Church in Canada. It is a suffragan diocese in the ecclesiastical province of the metropolitan Archdiocese in Toronto. 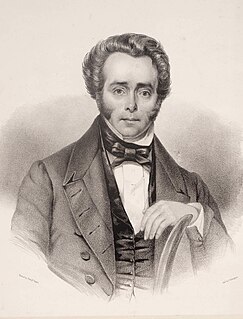 James Hervey Price was a Canadian attorney and political figure in Canada West. He was born and grew up in Cumberland, United Kingdom, and studied law at Doctors' Commons. He moved to Upper Canada in 1828 and became an attorney in 1833. He was appointed the city of Toronto's first city clerk in 1834 and the following year built a house north of Toronto that he named Castlefield. In 1836 he was elected as a city councillor for St. David's Ward in Toronto but was defeated the following year. Although he considered himself a Reformer, he did not participate in the Upper Canada Rebellion. In 1841 he was elected to the first Parliament of the Province of Canada, representing the 1st riding of York as a Reformer. He served as the commissioner of Crown lands from 1848 to 1851 when he was defeated in his reelection campaign for his seat in the Parliament. He withdrew from politics and worked as an attorney until his retirement in 1857. In 1860 he returned to Britain to Bath, and died in Shirley, Hampshire, in 1882.

Ancaster—Dundas—Flamborough—Aldershot was a provincial electoral district in southwestern Ontario, Canada that elected one Member of the Legislative Assembly of Ontario. It was created in 1999 from Wentworth North, Burlington South and Halton Centre. It was abolished in 2007 into Ancaster—Dundas—Flamborough—Westdale, Burlington, Hamilton Centre, Hamilton Mountain and Niagara West—Glanbrook.

Hamilton Centre is a provincial electoral district in Ontario, Canada, that is represented in the Legislative Assembly of Ontario.